The clash over free trade in North America has long been fought over familiar issues: Low-paid Mexican workers. U.S. factories that move jobs south of the border. Canada’s high taxes on imported milk and cheese.

But as Democrats in Congress consider whether to back a revamped regional trade pact being pushed by U.S. President Donald Trump, they’re zeroing in on a new point of conflict: Drug prices. They contend that the new pact would force Americans to pay more for prescription drugs, and their argument has dimmed the outlook for one of Mr. Trump’s signature causes.

The President’s proposed replacement for the 25-year-old North American free-trade agreement is meant to win over Democrats by incentivizing factories to hire and expand in the United States. Yet the pact would also give pharmaceutical companies 10 years’ protection from cheaper competition in a category of ultraexpensive drugs called biologics, which are made from living cells.

“This is an outrageous giveaway to Big Pharma,” Representative Rosa DeLauro, a Connecticut Democrat, said in an interview. “The government guarantees at least 10 years of market exclusivity for biologic medicine. It’s a monopoly. It’s bad policy.”

The objections of Ms. DeLauro and other Democrats suddenly carry greater potency. The need to curb high drug prices has become a rallying cry for voters of all political stripes. Mr. Trump himself has joined the outcry. The revamped North America trade deal must be approved by both chambers of Congress, and Democrats have just regained control of the House.

Representative Earl Blumenauer of Oregon, the new chairman of the House Ways and Means subcommittee on trade, told the Associated Press that “I don’t think candidly that it passes out of my trade subcommittee” with the biologics provision intact.

“The biologics are some of the most expensive drugs on the planet,” Mr. Blumenauer said.

Still, the politics of NAFTA 2.0 are tricky for Democrats and not necessarily a surefire winner for them.

The original NAFTA, which took effect in 1994, tore down most trade barriers separating the United States, Canada and Mexico. Like Mr. Trump, many Democrats blamed NAFTA for encouraging American factories to abandon the United States to capitalize on lower-wage Mexican labour and then to ship goods back into the United States duty-free.

Having long vilified NAFTA, Mr. Trump demanded a new deal – one far more favourable to the United States and its workers. For more than a year, his top negotiator, Robert Lighthizer, held talks with Canada and Mexico. Mr. Lighthizer managed to insert into the new pact provisions designed to appeal to Democrats and their allies in organized labour. For example, 40 per cent of cars would eventually have to be made in countries that pay autoworkers at least US$16 an hour – that is, in the United States and Canada and not in Mexico – to qualify for duty-free treatment.

The new deal also requires Mexico to encourage independent unions that will bargain for higher wages and better working conditions.

Late last year, the three countries signed their revamped deal, the U.S.-Mexico-Canada Agreement. But it wouldn’t take effect until their three legislatures all approved it. In the meantime, the old NAFTA remains in place.

The question now is: Are Democrats prepared to support a deal that addresses some of their key objections to NAFTA and thereby hand Mr. Trump a political victory? Some Democrats have praised the new provisions that address auto wages, though many say they must be strengthened before they’d vote for the USMCA.

Protection for drug companies is another matter. Many Democrats had protested even when the Obama administration negotiated eight years of protection for biologics – from cheap copycat competitors called “biosimilars” – in a 12-country Pacific Rim trade pact called the Trans-Pacific Partnership, or TPP.

Mr. Trump abandoned the TPP in his first week in office. But the pharmaceutical industry is a potent lobby in Washington, and Mr. Trump’s negotiators pressed for protection for U.S. biologics in the new North American free-trade deal. They ended up granting the drug companies two additional years of protection in the pact.

Top biologics include the anti-inflammatory drug Humira, the cancer fighter Rituxan and Enbrel, which is used to treat rheumatoid arthritis.

The administration and drug companies argue that makers of biologics need time to profit from their creations before biosimilars sweep in, unburdened by the cost of researching and developing the drugs. Otherwise, they contend, the brand-name drug companies would have little incentive to invest in developing new medicines.

They note that a 2015 law authorizing presidents to negotiate trade deals requires American officials to push other countries toward U.S.-level protections for intellectual property such as biologic drugs. (The same law, in somewhat of a contradiction, directs U.S. negotiators to “promote access to medicines.”)

Supporters also note that existing U.S. law gives makers of biologics 12 years’ protection. So the new pact wouldn’t change the status quo in the United States, though it would force Mexico to expand biologics’ monopoly from five years and Canada from eight years. In fact, supporters of the biologics monopoly argue that the pact might cut prices in the United States because drug companies would no longer face pressure to charge Americans more to compensate for lower prices in Canada and Mexico.

But critics say that expanding biologics’ monopoly in a trade treaty would prevent the United States from ever scaling back the duration to, say, the seven years the Obama administration once proposed.

“By including 10 years in a treaty, we are locking ourselves in to a higher level of monopoly protection for drugs that are already taking in billions of dollars a year,” said Jeffrey Francer, general counsel for the Association for Accessible Medicines, which represents generic drug companies. “The only way for Congress to change it is to back out of the treaty. … Does the United States want to be in violation of its own treaty?”

For Democrats, higher drug prices are shaping up as a powerful political argument against approving the President’s new North American trade deal. In December, Stanley Greenberg, a leading Democratic pollster and strategist, conducted focus groups in Michigan and Wisconsin with Trump voters who weren’t affiliated with the Republican Party. Some had previously voted for Barack Obama. Others called themselves political independents. They’re the kinds of voters Democrats hope to attract in 2020.

Mr. Greenberg said he was “shocked” by the intensity of their hostility to drug companies – and to the idea that a trade pact would shield those companies from competition.

“It was like throwing a bomb into the focus group,” said Mr. Greenberg, who is married to Ms. DeLauro. He said the voters’ consensus view was essentially: “The President was supposed to go and renegotiate (NAFTA) so that it worked for American workers. But it must be that these lobbyists are working behind the scenes” to sneak in special-interest provisions.

That perception gives Democrats reason to reject the new pact as the 2020 election approaches.

“Democrats have no incentive to do this,” said Philip Levy, a senior fellow at the Chicago Council on Global Affairs and a White House economist under president George W. Bush. “Before you know it, the presidential election season is going to be upon us.”

U.S. trade rules are designed to force Congress to give trade agreements an up-or-down vote – no nitpicking allowed. Still, there are ways to bypass those restrictions. Congressional Democrats could, for example, push the administration to negotiate so-called side letters with Canada and Mexico to address their concerns. President Bill Clinton did this with the original NAFTA.

“Lighthizer and his team are very creative,” said Mr. Blumenauer, chair of the House trade subcommittee. “This is something that can be handled.” 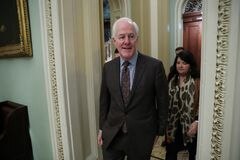 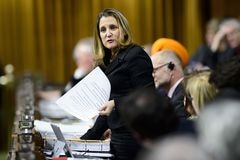 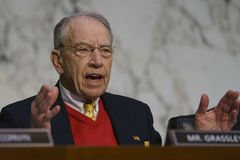