Amazon.com Inc. illegally retaliated against two of its most prominent internal critics when it fired them last year, the National Labor Relations Board has determined.

The employees, Emily Cunningham and Maren Costa, had publicly pushed the company to reduce its impact on climate change and address concerns about its warehouse workers.

The agency told Ms. Cunningham and Ms. Costa that it would accuse Amazon of unfair labour practices if the company did not settle the case, according to correspondence that Ms. Cunningham shared with The New York Times.

The two women were among dozens of Amazon workers who in the past year told the labour board about company retaliations, but in most other cases the workers had complained about pandemic safety.

“We support every employee’s right to criticize their employer’s working conditions, but that does not come with blanket immunity against our internal policies, all of which are lawful,” said Jaci Anderson, an Amazon spokeswoman. “We terminated these employees not for talking publicly about working conditions, safety or sustainability but, rather, for repeatedly violating internal policies.”

Claims of unfair labour practices at Amazon have been common enough that the labour agency may turn them into a national investigation, the agency told NBC News. The agency typically handles investigations in its regional offices.

While Amazon’s starting wage of US$15 an hour is twice the federal minimum, its labour practices face heightened scrutiny in Washington and elsewhere. The focus has escalated in the past year, as online orders surged during the pandemic and Amazon expanded its U.S. work force to almost one million people. Amazon’s warehouse employees are deemed essential workers and could not work from home.

This week, the national labour board is counting thousands of ballots that will determine whether almost 6,000 workers will form a union at an Amazon warehouse outside Birmingham, Ala., in the largest and most viable labour threat in the company’s history. The union has said the workers face excessive pressure to produce and are intensely monitored by the company to make sure quotas are met.

The results could alter the shape of the labour movement and one of America’s largest private employers.

Ms. Costa and Ms. Cunningham, who worked as designers at Amazon’s Seattle headquarters, began criticizing the company publicly in 2018. They were part of a small group of employees who wanted the company to do more to address its climate impact. The group, Amazon Employees for Climate Justice, got more than 8,700 colleagues to support its efforts.

Over time, Ms. Cunningham and Ms. Costa broadened their protests. After Amazon told them that they had violated its external communications policy by speaking publicly about the business, their group organized 400 employees to also speak out, purposely violating the policy to make a point.

They also began raising concerns about safety in Amazon’s warehouses at the start of the pandemic. Amazon fired Ms. Costa and Ms. Cunningham last April, not long after their group had announced an internal event for warehouse workers to speak to tech employees about their workplace conditions.

After the women were fired, several Democratic senators, including Elizabeth Warren of Massachusetts and Kamala Harris of California, wrote Amazon expressing their concerns over potential retaliation. And Tim Bray, an internet pioneer and a former vice-president at Amazon’s cloud-computing group, resigned in protest.

Mr. Bray said he was pleased to hear of the labour board’s findings and hoped Amazon settled the case. “The policy up to now has been ‘admit nothing, concede nothing,’” he said. “This is their chance to rethink that a little bit.”

Ms. Cunningham said that, despite the company’s denial, she believed that she and Ms. Costa were prime targets for Amazon because they were the most visible members of Amazon Employees for Climate Justice.

The labour board also upheld a complaint involving Jonathan Bailey, a co-founder of Amazonians United, a labour advocacy group. The agency filed a complaint against Amazon based on Mr. Bailey’s accusation that the company broke the law when it interrogated him after a walkout last year at the Queens, N.Y., warehouse where he works.

“They recognized that Amazon violated our rights,” Mr. Bailey said. “I think the message that it communicates that workers should hear and understand is, yes, we’re all experiencing it. But also a lot of us are fighting.”

Amazon settled Mr. Bailey’s case, without admitting wrongdoing, and agreed to post notices informing employees of their rights in the break room. Ms. Anderson, the Amazon spokeswoman, said the company disagreed with allegations made in Mr. Bailey’s case. “We are proud to provide inclusive environments, where employees can excel without fear of retaliation, intimidation or harassment,” she said. 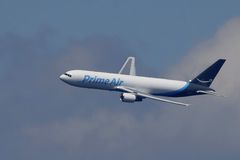