Bank of America Corp. executives said on Tuesday they were optimistic the bank could return to loan growth this year, after the coronavirus pandemic caused its loan book to shrink on an annual basis for the first time since 2014.

Total loans and leases at the second-largest U.S. bank slid 6 per cent in 2020. Appetite for new loans waned during the pandemic as customers spent less and saved more and large companies relied on capital markets for funds rather than their bank.

But bank executives said on calls they are starting to see signs of a rebound if the COVID-19 pandemic continues to abate.

“We’re grinding out of this health crisis,” chief financial officer Paul Donofrio said on a conference call with reporters. “We should be able to grow NII because we are adding deposits and we are adding loans.”

Net interest income (NII) at the bank, a key measure of how much it can make from lending, tumbled 16 per cent in the fourth quarter.

Lower rates meant to prop-up the economy during the pandemic have limited how much banks can charge for their lending services at the same time fiscal stimulus programs and flagging consumer confidence have softened loan demand. As a result, B of A, Wells Fargo & Co. and Citigroup Inc. each posted double-digit overall revenue declines this month.

NII grew slightly from a low point in the third quarter of 2020 and will continue to increase in 2021 with the biggest gains in the last half of the year, Mr. Donofrio said.

Megabank peers Wells Fargo and Citigroup said last week NII could decline by 4 per cent owing to the rock-bottom interest rates Fed officials have signalled will stay in place throughout the year while JPMorgan Chase & Co. predicted modest growth in 2021.

Bolstering the bank’s upbeat view are signs of improving financial health among its customers.

Consumer and small business transaction volume across the second-largest U.S. bank managed to grow 2 per cent in 2020 despite plunging 21 per cent to a record low as the coronavirus gripped the U.S. economy in the spring.

Debit card spending jumped 12 per cent during the quarter as customers, who had been spending less amid lockdowns, reopened their wallets during the holidays, the bank said.

Underscoring its confidence in the economy, the bank joined peers JPMorgan and Citi in releasing US$828-million from its reserves to cover bad loans after adding more than US$8-billion through the first three quarters of the year.

Roughly 75 per cent of the reserve release is tied to the bank’s consumer portfolio as customers entered the new year in better-than-expected financial health owing to fiscal stimulus. The commercial reserve release was mostly driven by a pullback from industries heavily affected by the pandemic.

Revenue from its sales and trading business rose 7 per cent, but underperformed peers as its fixed-income trading desk missed estimates.

Analysts on average had expected a profit of 55 US cents a share, according to the IBES estimate from Refinitiv, helped by lower credit costs. Shares gained 1.2 per cent.

Separately, the second-largest U.S. bank said its board approved a US$3.2-billion share repurchase program in the first quarter. 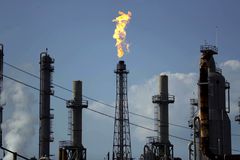 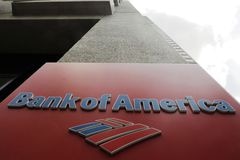