U.S. President Joe Biden will reappoint current Federal Reserve Chair Jerome Powell for a second four-year term starting February next year, according to an overwhelming majority of economists polled by Reuters this week.

Powell took office from Janet Yellen as chair of the Board of Governors of the Fed in February 2018 and has had to manoeuvre the economy through its worst crisis since the Second World War, battered by the COVID-19 pandemic which started early last year.

The White House will decide in coming months whether it wants Powell to remain but any decision to replace him could flare market reaction just as the U.S. economy is battling high inflation and employment activity is lagging the overall recovery.

Ninety per cent of economists, or 36 of 40, in response to an additional question in the July 12-15 Reuters poll on the U.S. economy, said Biden would choose the status quo.

“It’s (Powell’s reappointment) likely at this point. Powell does have some strong competition, in particular from Lael Brainard, one of his colleagues as governor. She’s the second most likely, but Powell is the favourite right now,” said James Sweeney, chief economist at Credit Suisse.

“I guess it’s like a tradition. If you’re seen as doing a decent job for continuity then the president kind of reappoints, even if it was a president of a different party that appointed him in the first place,” he said.

In congressional hearings this week Powell pledged “powerful support” to complete the economic recovery from the pandemic and said the Fed should stay focused on getting as many people back to work as possible. He also said the sudden spike in inflation was transitory.

Powell’s focus on jobs has won praise from the Biden administration and among the broader community of Democratic policy analysts. A private equity lawyer promoted to Fed chair by Republican President Donald Trump, he has also won early endorsements for a second term from some congressional Republicans.

But those same hearings saw sharp questioning from members of both parties, offering an overview of the issues likely to frame debate over Powell’s future. Republicans said they were worried recent high inflation might endure, and that Powell may be taking too lax an approach to it; some Democrats argued he has not been tough enough on large Wall Street banks.

A shift in the Fed’s top job would come as the central bank is laying plans to phase out $120-billion in monthly bond purchases and handle the political debate around rising inflation pressure, both sensitive and potentially market-disrupting discussions.

Four economists in the Reuters poll said Biden would not reappoint Powell, with two of those predicting Lael Brainard, a member of the central bank’s Board of Governors, would take over.

“It is a very close call. Powell has done a good job and works well with the U.S. Treasury, but we would not be surprised to see Joe Biden look to strengthen diversity at senior levels,” said James Knightley, chief international economist at ING.

U.S. Treasury Secretary Janet Yellen and Powell were set to discuss the red-hot housing market and its risks with fellow regulators on Friday, to make sure the country is not vulnerable to a crash similar to the financial crisis in 2008.

A sudden relapse in house prices could pose another serious threat to the economy. In the meantime the highly infectious Delta variant that has become the dominant COVID-19 strain and further variations pose the top economic risk this year. 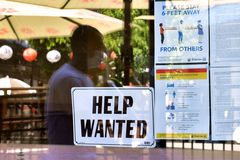 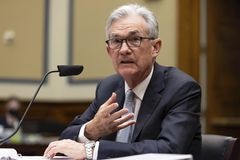 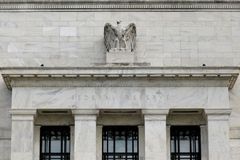