The move makes Mr. Ackman the first major Wall Street figure to come out against the deal. On Monday, U.S. President Donald Trump expressed concerns over the merger’s impact on competition, though he also said he hoped the deal would happen.

Mr. Ackman wrote an e-mail to United Technologies chief executive Greg Hayes early on Sunday morning to express his concerns about the proposed deal after reading news reports about it, the source said.

The fund manager, whose firm owns roughly 0.67 per cent of United Technologies, had previously supported the company in its plans to split into three businesses – aerospace, Otis elevators and Carrier air conditioners.

“We are extremely concerned that such a transaction will significantly lower the business quality of pro-forma United Technologies’ aerospace business, and, to make matters worse, will be accomplished through the highly dilutive issuance of large amounts of United Technologies stock,” Mr. Ackman’s e-mail, seen by Reuters, said.

A spokesman for Pershing Square declined to comment. Raytheon did not immediately respond to requests for comment.

“We are confident that our shareholders will see the merits of this transaction and the value it brings to them and the company. We will be working diligently in the days and weeks ahead to make sure that the details of the transaction are presented to and fully understood by all shareholders,” United Technologies said in a statement.

The Wall Street Journal first reported on Pershing Square’s opposition to the deal.

Activist hedge fund Third Point LLC also has a stake in United Technologies. Like Pershing Square, it supported the company’s breakup, but its views on the Raytheon deal are not known. A Third Point spokeswoman did not respond to a request for comment.

The merger would reshape the competitive landscape by forming a conglomerate which spans commercial aviation and defence procurement. United Technologies provides primarily commercial plane makers with electronics, communications and other equipment, whereas Raytheon mainly supplies the U.S. government with military aircraft and missile equipment.

United Technologies and Raytheon shares have dropped 7 per cent and 4.5 per cent, respectively, since their deal was announced, as investors expressed disappointment with the low value of synergies the companies announced. Investors also fret that major clients of the companies such as the Pentagon would seek to review their supply chains.

Shareholders of United Technologies and Raytheon would have to approve the deal in separate votes.

Activist hedge funds are increasingly targeting announced deals and are seeking to upend them, often by betting that the acquirer’s stock would go up were it to walk away from the purchase.

United Technologies’ deal with Raytheon also faces regulatory hurdles. The U.S. Defense Department and big customers such as Boeing Co., Lockheed Martin Corp. and Northrop Grumman Corp. will have a lot of clout in the antitrust review, and may worry about overreliance on one company for a big suite of products.

Mr. Ackman’s e-mail said that if the company moves forward with the deal, he expects the substantial majority of other shareholders to also line up against it.

The deal with Raytheon would be structured as an all-stock merger of equals because United Technologies, which currently has a market capitalization of US$106-billion, would separately spin off Carrier and Otis. United Technologies bulked up in aerospace last year with its US$23-billion acquisition of avionics maker Rockwell Collins.

This year, Mr. Ackman’s firm has been one of the hedge fund industry’s best performers delivering gains of nearly 40 per cent in the first four months of the year. This follows a rough patch where he faced big losses on Valeant Pharmaceuticals International Inc. and Herbalife Nutrition Ltd. and lost a proxy fight with Automatic Data Processing Inc. He has vowed to make back the money that he lost by reshaping his organization. 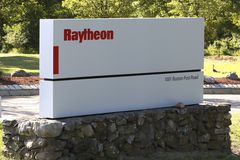 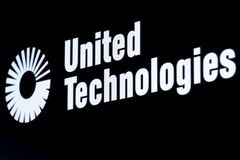