When trade war tariffs jolted Chinese tire-maker Prinx Chengshan into speeding up foreign investment plans, the company wound up in Thailand, thanks to that country’s relentless courtship.

With an initial investment of $300 million, the company is now racing to build a factory to export tires to the United States next year, based in a Thai industrial zone reinvigorated by the trade war.

Multiple visits to China by Thailand’s Board of Investment helped. So did two personal meetings with Thailand’s top economic policymaker, said Ju Xunning, a company manager.

“This impressed our company, and this is also one of the main reasons for choosing Thailand,” Ju told Reuters. “It’s apparent that the government values doing business with us.”

Tax breaks, promises to slash red tape and trade missions are all on the table.

“Companies have thrown in the towel on the status quo,” said Rajiv Biswas, Asia Pacific chief economist for IHS Markit.

Vietnam has benefited most from the shifts in terms of the number of companies moving business, according to independent surveys. But other Asian countries are eager to bring in more business as well, including India and Indonesia.

The trade war has breathed new life into Thailand’s Eastern Economic Corridor (EEC), where Prinx Chengshan is building its factory. The program was set up under the former military junta to boost growth that has for years lagged regional peers.

Pledged investment for the zone rose nearly four-fold year-on-year to 88 billion baht ($2.9 billion) in the first half of 2019. One of the main drivers was investment from companies trying to escape tariffs.

Thailand’s biggest industrial estate developer WHA, which has nine developments in the area, said Chinese companies account for 43 percent of its land sales, up from less than 3 percent before the trade war.

“I told one company, ‘This location is very good. You’ll be at the heart of the estate, and everyone else will be your tributaries. The feng shui is perfect, you’re the emperor,’” she said.

Hong Kong-listed Prinx Chengshan said it had planned on moving tire production to Malaysia, but wavered after the Malaysian election in early 2018.

“The government couldn’t fulfill several of the promises made to us and we eventually gave up,” Ju said at his makeshift office near the building site.

Both Thailand and Malaysia have since sweetened their deals.

Thailand this month offered a new range of “relocation incentives” - including a five-year 50% corporate tax cut - while Malaysia set up an investment board to encourage relocations.

“If approvals took three months earlier, now it would take a month,” Ong said. “The trend we see is that many of these strategic investments are reacting to the U.S.-China conflict.”

Foreign direct investment to Malaysia nearly doubled to $12 billion in the first half of 2019, and Ong said he hoped it would accelerate further.

Thailand and Malaysia are competing for higher-end manufacturers, but their wages price them out of labor-intensive work such as stitching shirts and sneakers that is more likely to go to Bangladesh, Myanmar or Cambodia.

One Bangladeshi factory owner, Faisal Samad, said new orders from the United States had pushed his export volumes up 20% this year.

Vietnam has taken aim at both the low and high ends, with companies citing relatively low wages, a motivated workforce, relatively simple business procedures and proximity to China.

Another beneficiary has been Taiwan, whose government is trying to lure back Taiwanese firms in China with incentives on tax, land, water and electricity. Officials hope to get $16 billion investment by the end of the year.

A Nomura study of 56 firms relocating production from China between April 2018 and August 2019, when trade war tensions have been highest, showed 26 going to Vietnam, 11 to Taiwan and eight to Thailand.

Just three companies went to India and two to Indonesia - a situation both countries are trying to change.

India wants to woo companies such as Apple, Foxconn and Wistron Corp with a charm offensive, according to a source and a government document.

A surprise cut to India’s headline corporate tax rate to 22% from 30% last week could attract smartphone makers, industry executives said. The federal commerce ministry said the cut was meant to draw in investment.

But businesses also worry about infrastructure and red tape.

One smartphone company executive, who declined to be identified because of the sensitivity of the matter, compared Vietnam to India, saying: “You meet one guy (in Vietnam) and he takes care of everything from the government side.” That is not the case in India, he added.

Similar concerns are hampering Indonesia, where President Joko Widodo this month told cabinet ministers “we have a problem” as he pointed to the lack of companies moving production to Indonesia to escape trade war tariffs.

He ordered ministers to identify which regulations were getting in the way of investment.

“It’s a matter of identifying those regulations, fixing them, and making sure no new ones come up,” said Citi Indonesia chief economist Helmi Arman, who cited “ad-hoc regulations” as the main obstacle to attracting trade war-related relocations.

Indonesian ministries did not respond to a request for comment.

In Thailand, Jareeporn said she was optimistic that the recent surge of investment was just the start.

“We now have a shot at becoming the region’s number one and overtaking Vietnam in five years,” she said after closing a land deal with another Chinese business. 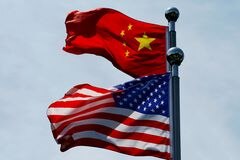 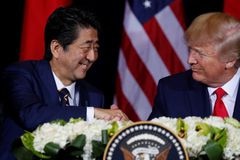