The 30-second video ad released by the Trump campaign last week is grainy, and the narrator’s voice is foreboding. Former Vice President Joe Biden, it says, offered Ukraine $1-billion in aid if the country pushed out the man investigating a company tied to Biden’s son.

Saying it made false accusations, CNN immediately refused to air the advertisement.

But Facebook did not, and Tuesday, the social network rejected a request from Biden’s presidential campaign to take it down, foreshadowing a continuing fight over misinformation on the service during the 2020 election as well as the impeachment inquiry into President Donald Trump.

In a letter to the Biden campaign, Facebook said the ad, which has been viewed 5 million times on the site, did not violate company policies. Last month, the social network, which has more than 2 billion users, announced that politicians and their campaigns had nearly free rein over content they post there.

Even false statements and misleading content in ads, the company has said, are an important part of the political conversation.

“Our approach is grounded in Facebook’s fundamental belief in free expression, respect for the democratic process, and the belief that, in mature democracies with a free press, political speech is already arguably the most scrutinized speech there is,” Facebook’s head of global elections policy, Katie Harbath, wrote in the letter to the Biden campaign.

The decision by the company illustrates its executives’ hardened resolve to stay out of the moderation of political speech, despite the use of the social network to spread discord and disinformation in the 2016 presidential campaign. On Tuesday, the Republican-led Senate Intelligence Committee released a sobering report warning of fresh signs of interference by Russia and other foreign nations in the 2020 election.

The company’s position stands in contrast to CNN, which rejected two ads from the Trump campaign last week, including the one the Biden campaign asked Facebook to take down. The cable channel said it rejected the ad because it “makes assertions that have been proven demonstrably false by various news outlets.”

Facebook has been dogged by accusations of censorship by conservative politicians, including Trump, who argue that the Silicon Valley company gives greater attention to liberal points of views on the social network.

But by removing itself as the moderator of political content — including in paid ads on the site — Facebook has left itself open another avenue of criticism. In a series of tweets Monday evening, Sen. Elizabeth Warren, one of the front-runners for the Democratic nomination, said Facebook allowed Trump to spread false information widely and called on the company to take down the attack ad against Biden, one of her top rivals.

“Facebook already helped elect Donald Trump once because they were asleep at the wheel while Russia attacked our democracy — allowing fake, foreign accounts to run ad campaigns to influence our elections,” Warren wrote.

The ad the Biden campaign asked Facebook to take down, released by the Trump campaign Sept. 27, starts with staticky shots of Biden meeting with Ukrainian officials during his time in the Obama administration.

“Joe Biden promised Ukraine $1-billion if they fired the prosecutor investigating his son’s company,” a narrator says, using video from an event in which Biden mentions the money. “But when President Trump asks Ukraine to investigate corruption, the Democrats want to impeach him.”

The $1-billion figure was mentioned at an event in 2018 at the Council on Foreign Relations, in which Biden was talking about how the Obama administration tried to root out corruption in Ukraine. He said he had held back financial aid to push the country to make reforms.

There is no evidence that Biden, during his time as vice president, pushed for the dismissal of the Ukrainian prosecutor general to help his son Hunter Biden. The former vice president, along with other members of the Obama administration and other international leaders, pushed for the removal of the prosecutor, Viktor Shokin, because of accusations that he ignored corruption.

Schultz wrote that the vice president’s call for a new prosecutor in Ukraine’s investigation of a company was supported by the European Union, the International Monetary Fund and the World Bank. He included clippings from The Washington Post and Factcheck.org that debunked the claims of Biden’s motives of squashing the investigation to benefit his son.

After CNN rejected the ad last week, Tim Murtaugh, communications director for Trump’s campaign, said that the ad was “entirely accurate and was reviewed by counsel.”

“CNN spends all day protecting Joe Biden in their programming,” Murtaugh wrote in a statement. “So it’s not surprising that they’re shielding him from truthful advertising, too.”

The Biden campaign also urged Fox News to reject the Trump campaign ad last week. But the cable channel declined to do so, saying that it was “not in the business of censoring ads from candidates on either sides of the aisle.”

T.J. Ducklo, a spokesman for Biden, wrote in an email that “Donald Trump has demonstrated he will continue to subvert our democratic institutions for his own personal gain, but his shortcomings are no excuse for companies like Facebook to refuse to do the right thing.” 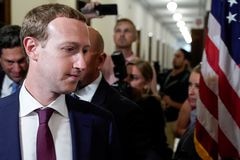 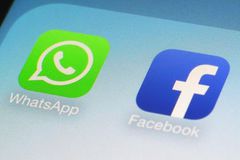 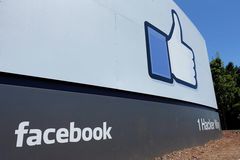