Jonnelle Marte and Lindsay Dunsmuir
NEW YORK
Reuters
Published May 27, 2020 Updated May 27, 2020
For Subscribers
Comments
Please log in to listen to this story. Also available in French and Mandarin. Log In Create Free Account

U.S. businesses continued to be slammed by the effects of the novel coronavirus epidemic into the middle of May, a Federal Reserve report showed on Wednesday, and few expected a swift recovery despite some signs of hope.

The sharp plunge in economic activity recounted in the U.S. central bank’s latest temperature check of business activity across its 12 districts shed light on the depth of the economic pain generated by the virus, which has led to an unprecedented downturn and a U.S. death toll approaching 100,000.

The Fed’s survey, known as the “Beige Book,” was conducted in April, when non-essential businesses were shut down in much of the country, through May 18, when some states had started to loosen restrictions.

“Economic activity declined in all districts – falling sharply in most,” the Fed said in its report. “Although many contacts expressed hope that overall activity would pick up as businesses reopened, the outlook remained highly uncertain and most contacts were pessimistic about the potential pace of recovery.”

The Fed has acted aggressively to bolster the economy to try to mitigate the effects of the widespread business closures and a surge in job losses. The central bank cut its key overnight interest rate to near zero in March, launched a round of open-ended asset purchases and announced a slate of emergency lending tools to support businesses and households.

Congress has also passed nearly $3 trillion in economic relief to funnel funds to individuals and businesses hurt by the pandemic. But uncertainty remains about how scarred businesses will be, despite an easing in lockdown restrictions.

The collection of anecdotes from the Fed’s districts showed a number of firms felt the worst of the crisis was behind them, and the hard-hit New York district said there were scattered reports of a nascent pickup in economic activity in early May.

In the Minneapolis Fed district, some hotels in Montana and other areas dependent on tourism reported improvements in reservations toward the end of June and into July.

But the snapshot of the nation’s economic health also made clear most businesses were still grappling with the fallout, even with an easing of restrictions.

Banks reported strong demand for Paycheck Protection Program forgivable loans made available by the U.S. government to help keep small businesses afloat if they rehire most of their workers, but firms expressed some dissatisfaction, echoing criticism of the program.

In the Chicago Fed district, a number of businesses said they had challenges meeting the loan forgiveness requirement, with some saying that generous unemployment benefits were making it difficult to bring payrolls back to necessary levels.

More than 38 million Americans have filed for unemployment benefits over the past two months, and the U.S. unemployment rate soared to 14.7% in April.

Some of those jobs in the most affected industries such as leisure, travel and hospitality are unlikely to swiftly return and other businesses are navigating how to accommodate social distancing requirements, which could mean fewer customers. Consumer confidence also remains low.

St. Louis Fed President James Bullard told reporters on Wednesday that almost every business would have to adapt to a new normal as they reopen.

“We are at the beginning ... and I would expect that process to be something that plays out over the next 120 days. There will be a learning process there by different businesses that keeps customers confident and keeps their own workforce confident.”

Regaining the trust of customers fearful they could expose themselves to the virus while out spending was a key concern, the Fed’s report showed.

“Contacts are uncertain how fearful consumers will be while the COVID-19 threat remains and how freely consumers will spend after the threat lifts,” the Fed’s contacts in the Philadelphia district noted, referring to the respiratory disease caused by the novel coronavirus. 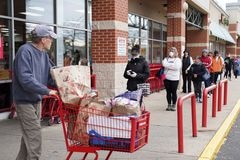 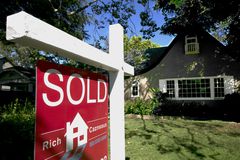 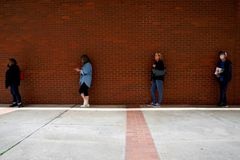