There are signs the escalating coronavirus outbreak has begun to weigh on business sentiment in the United States, a report by the Federal Reserve released on Wednesday showed, even as the U.S. economy expanded at a modest to moderate pace over the past several weeks.

The Fed cut interest rates by a half percentage point on Tuesday in an emergency move to mitigate the possible economic effects of the flu-like illness on the world’s largest economy, as it kept the door open to further measures should they be required.

It was the Fed’s first emergency rate cut since 2008 at the height of the financial crisis and underscored its concern about the escalating global outbreak.

The Fed frequently surveys its business contacts around the country and the latest temperature check of the economy analyzed the period through most of February.

During that time the virus had spread from China to more than 40 countries, causing financial markets to tumble amid fears the escalating crisis could cause a global slowdown.

“The coronavirus was negatively impacting travel and tourism in the U.S....some supply chain delays were reported as a result of the coronavirus and several districts said that producers feared further disruptions over the coming weeks,” according to the report, in which the coronavirus was mentioned 48 times.

The Fed uses the survey, compiled into a report known as the Beige Book, as ground-level intelligence on the economic outlook for the months ahead as business sentiment often front-runs changes in hard economic data.

Districts reported their outlook for the near-term was mostly for modest economic growth, with the coronavirus and the upcoming U.S. presidential election cited as potential risks.

On Tuesday, Fed Chair Jerome Powell said in a hastily arranged press conference that the effects of the virus on the U.S. economy “are at a very early stage but you are hearing concerns from people, for example in the travel business or the hotel business...” and that it was one of the reasons the Fed felt they needed to take swift action by cutting rates.

The aviation and tourism industries in the United States have been hit as businesses globally restrict travel, send workers home and cancel conferences.

Apple last month warned it was unlikely to meet revenue targets for this quarter due to constraints on global iPhone supplies as production in manufacturing plants in China had been suspended, while a report earlier this week showed factory activity in China shrinking at a record pace.

In the Beige Book, the picture was mixed on the impact of the coronavirus so far, reflecting the fact that any economic effects are set to intensify the longer the outbreak is not contained.

The New York Fed district, for example, said “a few contacts reported that the coronavirus has deterred visitors, though New York City hotels have continued to report good business” while the Dallas Fed reported “several contacts” said the coronavirus was impacting their supply chain, particularly in high-tech and chemical manufacturing.

Overall, the virus has had little impact so far on U.S. economic data, with consumers still spending and unemployment near a 50-year low. There were few signs yet of that abating, according to the Fed’s report, which noted a pick-up in consumer spending and hiring constrained by a tight labor market. 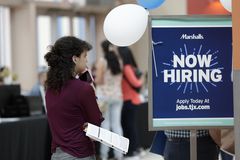 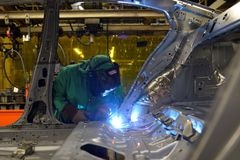 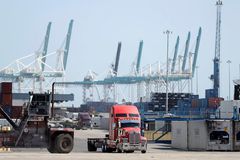