The U.S. economy is set to take off this year as more Americans get COVID-19 vaccinations and become comfortable engaging in a wider range of activities, but any accompanying spike in inflation is likely to be temporary, the Federal Reserve’s newest board member said on Friday, echoing the view of most U.S. central bankers.

To that end, a measure of inflation expectations released on Friday – which has grown in importance among Fed policy makers – bolstered the take on price pressures from governor Christopher Waller. It showed an uptick in inflation expectations in the first quarter but offered no indication of them becoming untethered from the Fed’s targeted level.

“I think the economy is ready to rip,” Mr. Waller said during an interview with CNBC. “Everyone is getting a lot more comfortable with having the virus under control and we’re starting to see it in the form of economic activity.”

The U.S. economy could grow by 6.5 per cent this year and the unemployment rate may drop to about 5 per cent by year end, said Mr. Waller, who became the Fed’s sixth member of its Board of Governors late last year. One Fed board seat remains vacant.

Inflation could accelerate by about 2.5 per cent this year, Mr. Waller said, but “whatever temporary surge in inflation we see right now is not going to last.”

Price increases are likely to level off as bottlenecks caused by the pandemic are resolved and any boost to demand from consumers spending their stimulus checks fades, Mr. Waller said.

“Once the stimulus checks are spent, they’re gone. Once the pent-up savings is spent, it’s gone,” he said. “There’s no further excess demand coming out of those things.”

Mr. Waller’s views on both inflation and the economic outlook broadly align with those voiced recently by other top Fed officials, including Chair Jerome Powell and Vice Chair for Policy Richard Clarida.

Meanwhile, a new U.S. Fed index of “common inflation expectations” reinforced the view that prices should on balance rise modestly and in line with the central bank’s goals. The index hit 2.01 per cent for the first quarter of 2021, the first time the quarterly measure has hit the Fed’s 2-per-cent target since mid-2018, according to an update released on Friday.

A separate report out Friday also provided no indication that consumers’ expectations for price increases are spiralling out of control, nor that they see coming elevated price pressures as long-lasting.

While year-ahead inflation expectations jumped to 3.7 per cent this month, the highest since 2012, according to the University of Michigan’s monthly consumer sentiment survey, consumers see them easing back to 2.7 per cent over a five-year span and in line with the survey’s long-term trend.

Still, not all Fed policymakers are as sanguine on inflation.

Dallas Fed President Robert Kaplan warned on Friday that “the jury is out” over whether the coming surge in inflation will subside or will continue into next year and beyond.

Mr. Kaplan is one of four Fed policymakers who believe the Fed will need to start raising rates next year. “We are actively scrutinizing that,” he said during a virtual event organized by the City of Dallas.

The U.S. central bank slashed interest rates to near zero last year to bolster the economy as it was being hammered by the pandemic. Officials also say they will purchase $120-billion a month in bonds until there is “substantial further progress” toward the Fed’s goals for maximum employment and inflation.

Fed policymakers would be fine with having inflation run above the central bank’s 2-per-cent target for some time to make up for periods of undershooting the goal, Mr. Waller said. But officials would act if inflation stayed much higher than that.

“We want it to be on average around 2 percent,” Mr. Waller said. “I don’t think anybody would be very comfortable if it got to three or three plus and stayed there for a while.”

Mr. Waller said that despite the brighter outlook, the U.S. economy still has a long way to go before those targets are achieved, with unemployment rates for minority workers still elevated.

“There’s no reason to be pulling the plug on our support till we’re really through this,” Mr. Waller said. 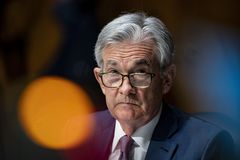 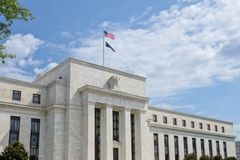 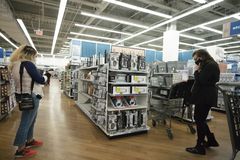