Ford Motor Co. on Wednesday outlined a plan to cut costs and boost profit margins at a faster pace than previously announced, which includes dropping traditional sedan models in North America that have become increasingly unpopular with consumers.

Ford said it now expects to hit a pretax profit margin of 8 per cent globally and 10 per cent in North America by 2020, ahead of a previous target of 2022.

Responding to a shift consumer demand in favor of SUVs, crossovers and pickup trucks, Ford said it planned to trim its North American car portfolio to just two models: the sporty Mustang, which debuted 50 years ago this month, and a new compact crossover called Focus Active that will be introduced in 2019.

Ford “will not invest in next generations of traditional Ford sedans for North America,” including the mid-size Fusion and full-size Taurus, the company said.

The auto maker has been under pressure from Wall Street investors to improve its product lineup and lift flagging profit margins. In 2017, the company’s pretax profit fell to US$8.4-billion from US$10.3-billion.

Speaking to reporters on Wednesday as the company reported first-quarter results, chief financial officer Bob Shanks said, “We have looked at every single part of the business.”

“We are driven to turn this business around.”

Despite the higher profit, Ford’s adjusted pretax profit margin fell to 5.2 per cent from 6.4 per cent in the same quarter in 2017.

Mr. Shanks said the company expected that commodity costs would represent a US$1.5-billion “headwind” in 2018, $500 million of which came in the first quarter.

The lion’s share of the automaker’s quarterly profit was driven by high-margin pickup trucks and SUVs in North America. Europe was the only region to turn a profit for Ford.

The company’s loss in its Asia-Pacific region was down to a slump in sales in China.

Earlier this month, Ford unveiled five new models for China, the world’s biggest auto market for 2018, part of a business revitalization effort centered around a plan to launch more than 50 new or redesigned vehicles by 2025. 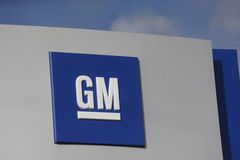