The decision was hailed by some as an early victory for the Biden administration’s Department of Justice, which sued last month to block it. But it stood at odds with European regulators who recently approved the deal, on condition the companies sell assets – deals now halted that will largely affect the proposed buyer, broker Arthur J. Gallagher & Co.

Combining Aon and Willis, which rank second and third in revenue behind Marsh & McLennan Cos. Inc., would have created a new leader with US$20.3-billion in annual revenue, compared with US$17.2-billion for Marsh.

Aon will pay a US$1-billion termination fee to Willis, the timing and financial impact of which was not immediately clear. Aon reports second-quarter results on Friday. Willis said on Monday it would boost share repurchases by US$1-billion.

“Despite regulatory momentum around the world, including the recent approval of our combination by the European Commission, we reached an impasse with the U.S. Department of Justice,” Aon chief executive officer Greg Case said in a statement.

U.S. Attorney-General Merrick Garland called the termination “a victory” because of the companies’ role in helping corporations find health and retirement plans for employees. “Employers, in turn, rely on insurance brokers like Aon and Willis Towers Watson for managing the complexities of these health and retirement benefits,” he said.

The Department of Justice had argued the combination would reduce competition and lead to higher prices.

Judge Walton, who has been assigned criminal cases related to the Jan. 6 attack on the U.S. Capitol, had warned that those could be heard before the Aon-Willis-Department of Justice suit, which risked further delaying the date of the deal being concluded.

“Since some of them are incarcerated, their rights to a speedy trial are going to have to take precedent over other matters,” Judge Walton said at a July 6 hearing.

A lengthy court process of possibly nine months would push the deal’s closing well into 2022, and that posed too much risk, according to a person familiar with the matter.

Solving the remaining Department of Justice issues also posed a threat to customers and employees because the businesses are not organized by client size, making selling parts difficult, the source said.

“If we had tried to separate out large clients, we would have broken up books of business,” the source said, referring to portfolios of policies. This would raise concerns about whether account executives would need to leave Aon with the policies that were sold, or would remain with Aon but lose customers.

“The companies were not able to come to an agreement with the DOJ that made economic sense for them,” said Paul Newsome, an analyst at Piper Sandler. “I don’t think its more complicated than that.”

The Department of Justice had also alleged the combination would harm competition in reinsurance broking, retirement and pension planning and private retiree multicarrier health care exchanges. But the sides had begun finalizing settlement on those issues.

In a video to employees, Mr. Case, Aon’s CEO, said: “The DOJ position is remarkably out of step with the rest of the global regulatory community and we were confident that we would win in court.”

Aon also said it had extended by three years the employment contracts of Mr. Case and chief financial officer Christa Davies, through April 1, 2026, a move designed to provide stability.

Some experts saw the Department of Justice’s victory as a sign of a new tone in Washington.

The administration is “holding down concentration in sectors that are not so visible … like insurance,” tweeted Fiona Scott Morton, an economist who teaches at the Yale School of Management.

Broader implications were felt by companies in the midst of large deals that could also attract the Department of Justice’s antitrust gaze. Discovery Inc. jumped 10 per cent in early trading, before paring gains to 1.9 per cent. The media firm announced in May a US$43-billion combination with AT&T Inc.’s WarnerMedia. Kansas City Southern dipped 1.2 per cent. The railway operator agreed to be acquired by Canadian National Railway, although the Biden administration has shipping costs in the sector in its anti-competitive sights. 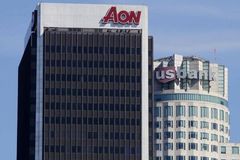 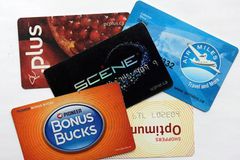