Southwest Airlines Co on Wednesday was the first major U.S. airline to formally cut its financial outlook for the year after being forced to pull its new fleet of 34 Boeing 737 MAX planes out of service.

The Dallas, Texas-based airline, which has struggled with maintenance problems and a harsh U.S. winter, estimates it will have cancelled 9,400 flights between mid-February and March 31, reducing growth in its number of available seats to just 1 per cent compared to a year ago.

That compared with a forecast of around 3.5 per cent to 4 per cent in late January. The reduction also led it to cut growth in another closely-watched measure – revenue per available seat mile (RASM) – by a full percentage point.

Overall it estimated it would lose $150 million in revenue in the quarter compared to previous expectations.

“(We) experienced softness in passenger demand and bookings related to the government shutdown, resulting in an estimated $60 million negative revenue impact in first quarter 2019,” Southwest said.

Southwest also now estimates first-quarter unit costs to increase about 10 per cent, compared with its previous forecast of about 6 per cent because of flight cancellations. This figure excludes fuel costs and profit-sharing expenses.

U.S. airlines and manufacturers, along with Wall Street, have been slow to estimate losses from the fallout of the Ethiopian Airlines crash on March 10, which killed 157 and led to the worldwide grounding of Boeing’s new MAX jets.

Southwest said of its expected cancellations, about 3,800 would be weather-related and about 2,800 due to unscheduled maintenance disruptions and the grounding of the 737 MAX 8.

Its larger rival, American Airlines, has so far said only that it was cancelling around 90 flights per day as a result of the grounding of its own 24 Boeing 737 MAX planes. No. 3 U.S. carrier United Airlines has 14 of the planes.

United Airlines and Air Canada had earlier warned of a hit to their business due to the groundings, with the Canadian carrier suspending its 2019 financial forecasts.

“The impacts associated with the MAX are contained to Southwest, American, and United, though are most acute for Southwest per today’s update,” Morgan Stanley analyst Rajeev Lalwani said.

Airlines shares, including those of Southwest, were up in late afternoon trading on optimism that the worst is over for the 737 MAX now that Boeing has put forward a plan for fixing the aircraft.

Boeing is this week briefing airlines on software and training updates for the MAX, with more than 200 airline pilots, technical experts and regulators from around the world due to visit the Renton, Washington, facility where the 737 is assembled.

As well as approval from the Federal Aviation Administration, any MAX software fixes will need a green light from governments around the world, which could take months.

While shares of the world’s biggest plane manufacturer have fallen around 12 per cent since the March 10 crash, Wall Street has been slow to predict major financial implications.

“(Our) base case is a multiple-month grounding punctuated by a manageable fix; meaning the stock can resume its move into the $400s with a path to more than $500,” analysts from U.S. bank Citi said.

Another analyst, Cai von Rumohr, said most of the immediate impact on airlines was likely to be in March and April given the leisure-oriented spring break travel period.

“We still see a tough Q1, marred by the government shutdown, weather, and MAX grounding; and Q2 will be affected through at least April, probably longer,” he said.

Lufthansa plans to buy either Boeing 737 Max or Airbus A320neo jetliners to expand its fleet
March 26, 2019 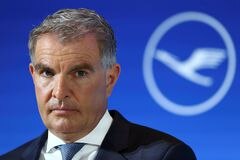 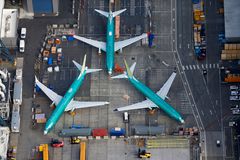 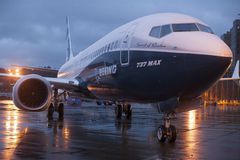