Tesla Inc is on course to deliver a record number of cars in the second quarter, beating the 90,700 it sent to customers in the final quarter of last year, according to an internal e-mail from Chief Executive Officer Elon Musk to staff.

Musk’s e-mail, widely posted on social media and authenticated for Reuters by a source familiar with the matter, also said the company had on average produced 900 Model 3 cars per day this week, bringing it closer to a target of 7,000 per week.

Tesla shares were up about 1 per cent after a volatile opening. They rose on the Reuters confirmation of the email, which appeared to counter concerns that demand was dropping after a first-quarter drop in sales.

Shares this week have traded at their lowest since late 2016 and were down for six consecutive sessions.

The communication is one of the first about sales by Musk following an agreement with the U.S. Securities and Exchange Commission that requires a securities lawyer to review his tweets and other communications that have material information.

Demand for Tesla’s Model 3 sedan and other cars has moved to the top of investors’ list of worries after the company reported slack first-quarter demand against a backdrop of U.S.-China trade tensions.

Musk’s focus on cost-cutting has underscored broader concerns about whether Tesla has enough cash to fund its operations while it tries to turn a profit.

In the email sent late on Wednesday, Musk said the company had racked up over 50,000 net new orders this quarter as of Tuesday.

Tesla declined to comment on whether the email to staff required review under the agreement or if it had been reviewed. The SEC had sued Musk for fraud over his use of Twitter.

The April settlement called for “the pre-approval of an experienced securities lawyer employed by the company of any written communication” for topics including “production numbers or sales or delivery numbers (whether actual, forecasted or projected) that have not been previously published via pre-approved written communications issued by the company.”

Jay Dubow, former branch chief in the SEC’s enforcement division and a partner with Pepper Hamilton LLP, said, “If Musk made the communication publicly, then I believe it needs to be approved in advance by the company consistent with the settlement agreement. If the email was internal only, and was leaked, that is likely outside of the SEC’s settlement.”

Tesla had reported a 31 per cent fall in first-quarter deliveries and had warned that profit would be delayed until the latter half of the year as it struggled with shipments of Model 3 to China and Europe due to longer transit time.

The car maker is building a factory in China to produce Model 3 in the world’s largest auto market and to escape a rise in tariffs on cars imported from the United States.

“While we are critical of Tesla’s execution, we think people have been way too eager to assume the worst case scenario,” said Roth Capital analyst Craig Irwin, who has a “neutral” rating on the stock.

“Tesla is the EV industry leader for a reason, and we expect the company to remain successful.” 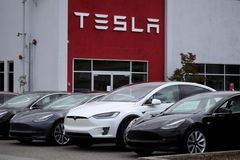 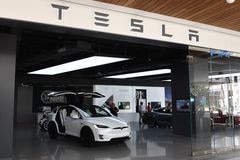 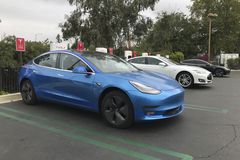