Top White House officials on Sunday defended U.S. President Donald Trump’s plan to name two political loyalists to the Federal Reserve board of governors, brushing aside controversies over their personal lives and qualifications to help run the world’s most powerful central bank.

“The President stands behind both of those gentlemen right now,” Mr. Kudlow said on CNN’s State of the Union.

“We have two open seats. The President has every right in the world to nominate people who share his economic philosophy.”

Mr. Trump has been highly critical of his handpicked Fed chairman, Jerome Powell, after a series of interest rate increases and other actions last year that Mr. Trump feels have held back an economy that would be otherwise growing like a “rocket ship.”

The rate increases have left the central bank’s target interest rate still low by historical standards, and among monetary policy officials were considered a cautious hedge against a return of inflation in an economy that last year was going faster than expected. Keeping inflation under control is a key mission of the Fed, and higher rates help do so by discouraging borrowing and spending.

But “there is no inflation,” Mr. Kudlow said. Instead, there was “worry that the central bank is not taking account of a weak world economy, some financial tightening in the marketplace,” and made monetary policy too restrictive.

The Fed said it was weak inflation, weakening global growth and financial volatility that led it last year to put further rate increases on hold and shift other policies as well.

Still, Mr. Kudlow said the President believed the Fed was fundamentally flawed in its view that at some point very low unemployment will lead to higher inflation.

That idea “has been disproven for decades,” he said. “We believe more people working and succeeding does not cause inflation.”

“President Trump has every right to put people on the Federal Reserve Board with a different point of view,” Mr. Kudlow said. “He wants people on the Fed who share his philosophy. It is not a political issue. It is an issue of how do you see the world.”

Mr. Cain and Mr. Moore have not yet been formally nominated, pending the completion of background checks, and would have to be confirmed by the U.S. Senate.

They will likely face questions about a series of matters, including the allegations of sexual harassment that prompted Mr. Cain to withdraw from the 2012 presidential race. He has denied the allegations. His current position with a pro-Trump political action committee has also drawn scrutiny.

Mr. Moore, meanwhile, has already been asked by Senate Democrats to produce information and documents about a US$75,000 lien that the Internal Revenue Service has filed against him for back taxes. He also was cited for contempt of court in 2013 for overdue alimony and child support payments.

On policy, the two have been criticized as overtly political picks whose views of the economy have shifted based on the party in power, and who critics worry would try to shape monetary policy with Mr. Trump’s short-term political interests in mind.

Mr. Mulvaney said Mr. Cain “would be a great member of the Fed.”

‘They really slowed us down,’ Trump says as he presses Fed to lower interest rates
Subscriber content
April 5, 2019 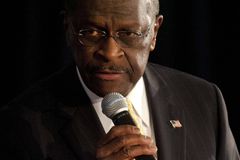 Trump takes another swing at Powell and the ‘destructive actions’ of the Fed
April 4, 2019 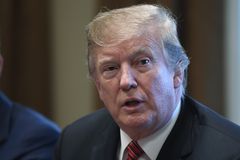