Uber Technologies Inc and Lyft plan to offer cash bonuses to some of their most active drivers with the option to purchase shares in the ride-hailing firms’ highly anticipated Wall Street debuts, a bold effort to improve driver relations as the companies transition to the public markets.

Both programs will offer drivers who have driven the longest and logged the most miles for the companies the rare chance to purchase stock at the initial public offering, before shares begin trading on public stock exchanges, according to four sources with knowledge of the matter. Such transactions are normally unavailable to retail investors.

The move is the latest bid by Uber and Lyft to improve relations with drivers who have long contested their classification as independent contractors and what they have claimed are low wages and poor treatment by the companies. Both companies still face thousands of driver arbitration claims over their employment status.

Lyft plans to give drivers who have logged at least 10,000 rides on the platform $1,000 that can be kept as a cash bonus or used to buy the IPO shares, one of the sources said on Thursday. The plan is an effort to reward the longest-serving and most active drivers, who do not enjoy employee benefits such as health insurance and reimbursement for expenses.

A driver who has completed 20,000 rides would be eligible for $10,000 in cash or an equivalent amount of stock, the person said. It was not clear how many drivers would qualify, but there is no cap on the program.

Many drivers in urban areas like San Francisco and Los Angeles drive for both Uber and Lyft, and some could stand to benefit from both stock programs.

Lyft plans to launch its “roadshow,” when the company will pitch prospective investors to buy stock in the offering, the week of March 18, Reuters reported last week. The roadshow is expected to last about two weeks, likely making Lyft the first Wall Street debut from a group of highly valued, venture-backed companies all expected to go public this year.

Both Uber and Lyft confidentially filed for an IPO in December. Lyft is expected to publicly release its regulatory paperwork this week, and it likely will contain details on the driver stock reward program.

Uber, Lyft’s much larger rival, still needs several more weeks to prepare for its IPO. The company is working out the details on a broad program for drivers that would give a significant portion of its 3 million active drivers and couriers globally a cash bonus, which they can use to purchase shares at the IPO price, according to three of the people with knowledge of the matter.

The stock program will be much more complicated than Lyft’s since it involves many more drivers and countries with different securities laws, and it will run into the millions of dollars, one of these people said.

For drivers in overseas markets where securities laws will prohibit them from purchasing shares, keeping the cash will be their only option, another of the sources said.

The cash bonuses will be doled out on a sliding scale based on the driver’s length of service and number of trips or deliveries, this person said. The target numbers and the cut-off date to meet those targets are still being worked out and will be set prior to the IPO.

Stock prices often pop after trading begins, making for a lucrative payday for shareholders who are able to buy at the IPO price. However, many drivers are likely to keep the cash, said Harry Campbell, creator of the Rideshare Guy blog and podcast, which offers advice to drivers.

“Most drivers are on a pretty tight budget so I think it will be tempting for them to take the cash bonus,” he said.

Uber last year sent a letter to the U.S. Securities and Exchange Commission asking for a rule change so the company could award shares to drivers while it was still privately held. Such programs had been problematic in the past. New York-based ride-hailing startup Juno promised equity to drivers, which drew SEC scrutiny. Juno ended up voiding the equity program after it was acquired, prompting a lawsuit from drivers. 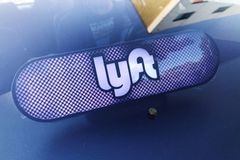 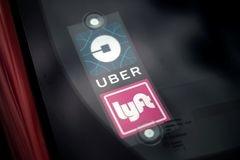 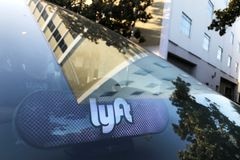