Greg Roumeliotis, Akanksha Rana and Lisa Baertlein
Reuters
Published May 12, 2020 Updated May 12, 2020
For Subscribers
Comments
Text Size
Please log in to listen to this story. Also available in French and Mandarin. Log In Create Free Account

Uber Technologies Inc is in negotiations to buy online food delivery company Grubhub Inc in an all-stock deal, according to people familiar with the matter.

A merger could give Uber Eats’ money-losing restaurant delivery service a leg up on market leader DoorDash at a time when the coronavirus pandemic has upended Uber’s core business of shuttling people from place to place.

Uber and Grubhub are still haggling over the deal’s stock exchange ratio, and there is no certainty that they will reach an agreement, the sources said.

The potential acquisition suggests that the Silicon Valley disruptor is doubling down on its fastest-growing service in a scramble to adapt to what is likely to be a long business interruption.

“This would be an aggressive move by Uber to take out a major competitor on the Uber Eats front and further consolidate its market position,” Wedbush analysts said in a client note.

An Uber spokesman said the company does not respond to “speculative M&A.” Grubhub, in a statement, did not confirm the talks but said “consolidation could make sense in our industry.”

Experts say consolidation is long overdue in the space, where demand from worried, home-bound consumers is surging.

DoorDash had a 42 per cent share of meal delivery sales in March 2020, versus 20 per cent for Uber Eats and 28 per cent for Grubhub, data from analytics firm Second Measure showed.

The value of the deal was undisclosed.

Grubhub had a market capitalization of about $4.3 billion, while Uber was valued at nearly $55 billion as of Monday’s close, according to Refinitiv data.

Uber “can wait a bit longer and probably get them cheaper. But it could be that you have a lot cats circling the same bowl,” Reyes said.

Uber Eats’ first-quarter revenue soared more than 50 per cent to $819 million after restaurants across the country shuttered their dining rooms to curb the spread of the novel coronavirus.

The service, available in more than 6,000 cities worldwide, has been a drag on Uber’s bottom line since its 2014 inception due to heavy spending on customer promotions and driver incentives.

Last week, Grubhub said the restaurant industry was facing enormous challenges from the COVID-19 pandemic, and vowed to use nearly all of its second-quarter profits to help drum up business for its restaurant partners.

Those comments came amid growing concern from lawmakers and the restaurant industry about the negative influences of so-called “gig economy” companies.

Democratic U.S. Representative David Cicilline, of Rhode Island, who chairs the House Antitrust Subcommittee, said the deal underscores the need for the merger moratorium that he and his colleagues have been calling for.

“Uber is a notoriously predatory company that has long denied its drivers a living wage. Its attempt to acquire Grubhub - which has a history of exploiting local restaurants through deceptive tactics and extortionate fees - marks a new low in pandemic profiteering,” he said.

Andrew Rigie, executive director of the New York City Hospitality Alliance, said Grubhub and other big delivery platforms continue to increase rates, control valuable customer data, and use sophisticated techniques and discounts to funnel customers to their own websites instead of those of their partner restaurants.

Antitrust experts said the deal, if signed, would likely win approval from regulators.

“I think this deal is doable. It does not seem to me to be an excess of concentration,” said Seth Bloom of Bloom Strategic Counsel. “Probably the restaurants will not like it and will express concern but I don’t think that will carry the day.”

Other experts told Reuters they expected a lengthy review. 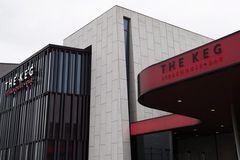 Uber sees ride business up from coronavirus lows in some U.S. markets
Subscriber content
May 7, 2020 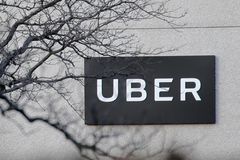