U.S. job openings fell in February, suggesting the labor market was losing momentum even before stringent measures to control the novel coronavirus outbreak shuttered businesses, throwing millions out of work.

That was underscored by another report on Tuesday showing a sharp decline in the share of small businesses planning to increase employment in March. The reports came in the wake of data last week showing the economy shed 701,000 jobs in March. The unemployment rate shot up 0.9 percentage point, the most since January 1975, to 4.4 percent in March.

With 10 million people filing for unemployment benefits in the last two weeks of March and millions more expected to have submitted claims last week, economists are expecting payrolls to sink by at least a record 20 million in April and the jobless rate to top 10 per cent.

“The economy would be lucky to just be in a recession right now instead of what is looking more and more like the twilight zone of depression if Washington policymakers aren’t careful,” said Chris Rupkey, chief economist at MUFG in New York.

Job openings, a measure of labor demand, decreased 130,000 to 6.9 million, the Labor Department said in its monthly Job Openings and Labor Turnover Survey, or JOLTS. Vacancies peaked at 7.5 million in January 2019. The job openings rate slipped to 4.3 per cent in February from 4.4 per cent in January.

The decline in job openings was led by real estate and rental and leasing, and information industries. But there were 927,000 vacancies in the leisure and hospitality industry, with 783,000 of them at hotels, bars and restaurants.

Retailers had 727,000 job openings in February. None of these vacancies likely exist now, with entire industries virtually closed.

Hiring was little changed at 5.9 million in February, keeping the hiring rate at 3.9 per cent for a third straight month. JOLTS data in the coming months will be closely watched for clues on the impact of the coronavirus shutdowns on hiring.

Stocks on Wall Street were trading higher as early signs of a slowdown in coronavirus cases in the nation’s hot spots raised hopes that sweeping lockdown measures to contain the outbreak were working. The dollar weakened against a basket of currencies. Prices of U.S. Treasuries fell.

“What we do not know yet is how much hiring has frozen in industries that have continued to operate by having the option of at-home work,” said Sophia Koropeckyj, a senior economist at Moody’s Analytics in West Chester, Pennsylvania. “A freeze on hiring due to the uncertainty about the duration and severity of the downturn as well as such tangible things as canceled or delayed contracts will create a secondary effect that will deepen the pain in the labor market.”

A separate report from the National Federation of Independent Business on Tuesday offered some early indications on hiring in the months ahead. According to the NFIB, the share of small businesses planning to increase hiring plummeted to 9 per cent in March, the smallest since August 2016, from 21 per cent in February.

Overall, confidence among small business tumbled by the most on record to its lowest level since October 2016.

Economists say the labor market’s fate will be determined by how quickly small businesses can access funding that has been put together by the government as part of a historic $2.3 trilling fiscal stimulus package. The Federal Reserve has also taken extraordinary measures to provide liquidity to businesses.

“The extraordinary stimulus efforts from the U.S. government and the Federal Reserve should support small businesses in coming months and help to keep workers on payrolls,” said Ben Ayers, senior economist at Nationwide in Columbus, Ohio.

“Still, the rollout and timing of the lending programs for small enterprises will be key to limiting the negative effects from the economic downturn.”

The JOLTS report showed the number of workers voluntarily quitting their jobs slipped to 3.5 million in February from 3.6 million in the prior month. The quits rate held at 2.3 per cent for the sixth straight month.

The quits rate is viewed by policymakers and economists as a measure of job market confidence. Layoffs rose to 1.8 million in February from 1.7 million in January. The layoffs rate increased to 1.2 per cent from 1.1 per cent in January. 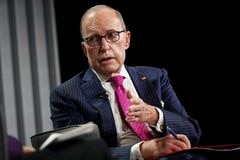 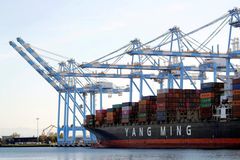