Senate Majority Leader Mitch McConnell on Tuesday put off a vote on increasing COVID-19 relief cheques from $600 to $2,000 and urged senators to override President Donald Trump’s veto of a defence bill, in a rare challenge to his fellow Republican three weeks before Trump leaves office.

McConnell tied the larger cheques, which were demanded by Trump and supported by Democrats, to two other measures the president wants but which most Democrats oppose.

The manoeuvre was likely to kill off all three measures.

Trump earlier on Tuesday assailed Republican leaders on Twitter, seeking to pressure them into increasing the cheques and supporting his veto of the defence bill because it doesn’t repeal legal protections for social media companies that he wants scrapped.

The Senate must approve the higher relief payments as soon as possible, “unless Republicans have a death wish,” Trump tweeted, appearing to refer to next week’s close Georgia runoff elections that will determine control of the Senate.

A growing number of Republican Senators support raising the cheques, including David Perdue and Kelly Loeffler, who are running in the Georgia races.

But other Republicans, worried about the cost to taxpayers, remain adamantly opposed.

Democrats believe their support for the $2,000 cheques and Republican opposition will help them in Georgia.

McConnell introduced a bill late on Tuesday that combined the $2,000 cheques with a provision scrapping the social media legal protections and another to study election security, a key issue for Trump who has claimed without evidence that fraud robbed him of victory in the November election.

An aide said McConnell’s introduction of the bill was a procedural move in response to a White House request.

Senate Democratic leader Chuck Schumer described the move as a “cynical gambit” and said the legislation would never become law.

Most Democrats strongly oppose the legal changes for big tech companies and will not back any measure that appears to give credibility to Trump’s allegations about election fraud.

Lawmakers also have little time to act before the bill expires as a new Congress will be sworn into office on Sunday.

Republicans in Congress have largely stuck with Trump through four turbulent years, but the president is angry that his party’s lawmakers have not fully backed his false claims of fraud in his election loss to Democratic President-elect Joe Biden.

He has also bristled at Republicans’ efforts to override his veto of the defence bill, and their opposition to the bigger one-time cheques to Americans.

Trump had dragged his feet on signing the bill, saying the cheques were too small. Democrats, who had pushed for higher one-off payments to Americans during months of negotiations, revived those efforts on Monday after Trump made clear he also wanted more.

Still, McConnell has rejected Schumer’s call for a stand-alone Senate vote on the increased stimulus cheques.

He has also refused to cave to Trump’s demands on the military bill, setting the stage for a vote to override the president’s veto in coming days.

It would be the first time Congress overrides a Trump veto.

“For the brave men and women of the United States armed forces, failure is simply not an option,” McConnell said. “So when it’s our turn in Congress to have their backs, failure is not an option either. I would urge my colleagues to support this legislation one more time.”

Overturning a presidential veto requires votes by two-thirds of the House and Senate. The House voted for an override on Monday and if the Senate follows, the bill becomes law despite Trump’s opposition.

The Senate is expected to hold a procedural vote on Trump’s veto on Wednesday evening, which could lead to final passage later in the week or over the weekend.

In a Twitter storm just before the Senate session started on Tuesday morning, Trump attacked “weak and tired” Republican leaders.

“WE NEED NEW & ENERGETIC REPUBLICAN LEADERSHIP,” he wrote. “Republican leadership only wants the path of least resistance. Our leaders (not me, of course!) are pathetic. They only know how to lose!” 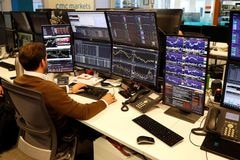 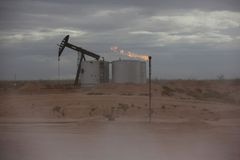 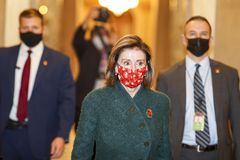