The number of Americans filing new claims for unemployment benefits fell to a 17-month low last week, pointing to another month of robust job growth, though surging COVID-19 infections pose a risk to the labour market recovery.

The weekly unemployment claims report from the Labour Department on Thursday, the most timely data on the economy’s health, also showed the number of people on state jobless rolls dropped in early August to levels last seen in mid-March, 2020, when the economy almost ground to a halt amid mandatory business closings aimed at slowing the first wave of COVID-19 cases.

The labour market’s prospects were boosted by other data showing a measure of manufacturing employment in the mid-Atlantic region rose to a record high this month and factories increased hours for workers. But the pace of growth in factory output slowed for a fourth straight month amid scarce raw materials and a shift in spending to services from goods.

“We can infer that hiring remains strong in August, pointing to a healthy jobs report for this month,” said Robert Frick, corporate economist at Navy Federal Credit Union in Vienna, Virginia.

Initial claims for state unemployment benefits fell 29,000 to a seasonally adjusted 348,000 for the week ended Aug. 14. The fourth straight weekly decline pushed claims to their lowest level since mid-March, 2020. Economists polled by Reuters had forecast 363,000 applications for the latest week.

The four-week moving average of initial claims, considered a better measure of labour market trends as it irons out week-to-week volatility dropped 19,000 to 377,750, also a 17-month low.

Last week’s decrease in filings was led by Texas. There were also notable declines in Illinois, Kentucky and Michigan. But applications increased in Virginia, California and New Mexico.

Claims have declined from a record 6.149 million in early April 2020. They, however, remain above the 200,000-250,000 range that is seen as consistent with healthy labour market conditions. Claims have been grinding lower, with employers hanging on to their workers amid a labour shortage as vaccinations allow the economy to fully reopen. More than half of the population has been fully immunized against COVID-19.

The drop in claims below the 350,000 level is a major milestone for the economy, which fully recovered in the second quarter the sharp loss in output suffered during the very brief pandemic recession. U.S. President Joe Biden hailed the progress, saying that an average of more than 830,000 Americans were filing claims when he took office in January.

“While our economic recovery is far from complete, the Biden plan to grow the economy from the bottom up and middle out is working and delivering real results for American workers,” Mr. Biden said in a statement.

Stocks on Wall Street were trading mixed after minutes of the Federal Reserve’s July 29-28 policy meeting released on Wednesday showed U.S. central bank officials believed their employment benchmark for decreasing support for the economy “could be reached this year.”

The dollar gained versus a basket of currencies. U.S. Treasury prices rose.

The claims data covered the period that the government surveyed business establishments for the non-farm payrolls portion of August’s closely watched employment report.

With claims firmly below 400,000, payrolls growth likely remained strong after the economy created a whopping 943,000 jobs in July.

The number of people continuing to receive benefits after an initial week of aid tumbled 79,000 to 2.820 million in the week ended Aug. 7, the lowest level since mid-March, 2020.

Data next week on the so-called continuing claims will offer more clues on how hiring fared in August. But surging COVID-19 infections, driven by the Delta variant of the coronavirus, loom large. Economists at Goldman Sachs on Wednesday cut their third-quarter GDP growth estimate.

While economists generally do not see large-scale business shutdowns as happened early in the pandemic, there are worries that soaring COVID-19 cases could keep some unemployed people at home, especially if children are unable to attend schools in person.

Lack of child-care facilities and fears of contracting the virus have been blamed for worker shortages, which are partly contributing to employment remaining 5.7 million jobs below its peak in February, 2020. There were a record 10.1 million job openings as of the end of June. About 8.7 million people were officially unemployed in July.

At least 25 states led by Republican governors have pulled out of federal government-funded unemployment programs, including a US$300 weekly payment, which businesses claimed were encouraging unemployed Americans to stay at home. There is, however, no evidence that the early termination of federal benefits has led to an increase in hiring in these states.

The government-funded benefits will expire on Sept. 6. At least 11.7 million people were collecting unemployment benefits under all programs at the end of July.

A report from the Philadelphia Fed on Thursday showed its measure of manufacturing activity in the region that covers eastern Pennsylvania, southern New Jersey and Delaware fell to 19.4 this month from 21.9 in July. Any reading above zero indicates expansion in the region’s manufacturing. Manufacturers were also a little less upbeat about business prospects over the next six months. But with inventories depleted, manufacturing is likely to continue growing at a steady clip.

“Overall the report doesn’t signal an obvious big shift in momentum in the manufacturing sector,” said Daniel Silver, an economist at JPMorgan in New York. 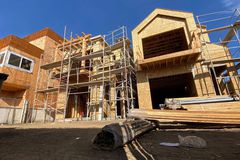 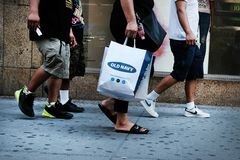