Wells Fargo & Co’s loan book shrank and revenue fell across all its major businesses last quarter, as the fourth-largest U.S. lender continued to work through the consequences of wayward sales practices at its consumer bank.

Wells Fargo has struggled to regain its footing since sales abuses came to light in that business more than two years ago, when the bank said employees had opened millions of fake accounts in customers’ names without their permission.

Some of those changes are hurting revenue, executives acknowledged on Tuesday when discussing fourth-quarter results. For instance, the bank now sends customers real-time low balance alerts to protect them from overdraft fees.

Wells Fargo is also experiencing cyclical pressure in mortgage lending, which was once its main money-maker, and has intentionally pulled back from some areas, like auto lending, where executives felt profit potential was limited.

Combined with legal and regulatory penalties for its sales abuses, which also involved overcharging hundreds of thousands of customers on auto loans, mortgages and account features they did not request, the bank has struggled to get its profit engine humming again.

In lieu of revenue growth, Chief Executive Officer Tim Sloan has laid out an aggressive cost-cutting plan to buoy profits.

Sloan said on Tuesday he expects the Federal Reserve to maintain an asset cap on the bank through the remainder of the year.

The Fed imposed that penalty in February as punishment for the sales abuses, saying it would only be lifted once the bank proved it had fixed what was wrong.

Wells Fargo executives initially said the cap would not hinder the bank’s business growth, and as recently as July predicted it would be lifted by mid-2019.

But progress has been slower than expected, Sloan said on a call with analysts, who peppered him with questions about the profit impact of the asset cap.

“It is hard not to feel like the regulatory penalty box is endless,” said Brian Foran, an analyst with Autonomous Research.

The bank has already paid billions in combined fines and settlements with regulators and private litigants over its sales abuses, and remains on a tight leash with the U.S. Consumer Financial Protection Bureau and the Office of the Comptroller of the Currency as it continues remediation efforts.

Wells Fargo also faces probes from the U.S. Department of Justice and the Securities and Exchange Commission.

During the fourth quarter, the bank’s loan book shrank 1 per cent and deposits fell 3 per cent. Consumer loans posted the biggest decline, hurt primarily by more people paying off their mortgages than taking out new ones. Mortgage banking revenue fell by half.

Those results reflected special items including some $432 million in operating losses from legal costs, regulatory penalties and customer remediation, and a $614 million gain on the sale of troubled mortgage loans that predate the 2007-2009 financial crisis.

Analysts on average expected earnings of $1.19 per share, according to IBES data from Refinitiv.

The bank is now aiming to slash expenses to a range of $52 billion to $53 billion this year, and $50 billion to $51 billion by 2020. Wells Fargo is on track to hit those goals through efficiency programs that will reduce overall headcount by 5 per cent to 10 per cent, Chief Financial Officer John Shrewsberry said. 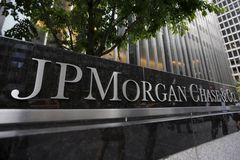 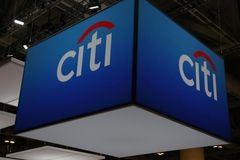