U.S. President Donald Trump said Friday that he had reached a “substantial” deal with China that will forestall a planned tariff increase on Tuesday, providing a temporary détente in a year-long trade war.

Mr. Trump, speaking from the Oval Office, said the two sides had reached a verbal “phase one” agreement that would take several weeks to write and could be signed by both sides in November.

The initial deal, which Mr. Trump said had been reached “in principle”, would involve China buying US$40-billion to US$50-billion worth of U.S. agricultural products, along with agreeing to guidelines on how it manages its currency. The agreement also includes some provisions on intellectual property, including forced technology transfer and would give U.S. financial services firms more access to China’s market, the President said.

In exchange, the U.S. will not go ahead with plans to raise tariffs on US$250-billion worth of Chinese goods to 30 per cent next week. But the President has not made a final decision on whether to increase tariffs further on Dec. 15, as he has threatened.

Mr. Trump, who just weeks ago said he was looking for a “complete” China deal, said that the two sides would now break the agreement into phases.

“It’s such a big deal that doing it in sections, in phases, is really better,” Mr. Trump said during a meeting with Liu He, China’s Vice-Premier. “So you’ll either have two phases or three phases.”

The first phase could be signed when Mr. Trump appears alongside his Chinese counterpart at a meeting of global leaders in Santiago in November. The next phase would begin soon after, Mr. Trump said.

Despite the announcement, the deal has not been finalized and U.S. Treasury Secretary Steven Mnuchin said that more work remained.

“We have a fundamental agreement on the key issues,” Mr. Mnuchin said. “But there is a significant amount of work to do.”

The agreement, which came during the 13th round of negotiations, will help defuse a prolonged trade fight that has begun inflicting pain on the global economy and was set to escalate next week. In his quest to force China to acquiesce to U.S. terms, Mr. Trump has already taxed US$360-billion worth of Chinese products and was poised to tariff nearly every laptop, dresser and toy that China sells to the U.S. before year’s end.

Stock and commodity prices climbed, as investors anticipated a trade agreement that could help resolve economic concerns about continuing damage from the dispute.

The S&P 500 rose 1.1 per cent. The tech-heavy Nasdaq composite index rose 1.3 per cent. The Russell 2000 index of small capitalization stocks, typically viewed as closely tied to the health of the U.S. domestic economy, rose 1.8 per cent.

Crude oil prices rose, as did prices for key industrial metals such as copper and iron ore, often looked to as a barometer of the outlook for China’s large industrial economy.

But the deal is far from the type of comprehensive agreement Mr. Trump has been pushing for and leaves many of the administration’s biggest concerns about China’s economic practices unresolved. Although exact terms of the agreement are still under discussion, the details Mr. Trump announced include many of the concessions that China has previously floated, including purchases of agricultural products and limits on Beijing devaluing its currency to gain a competitive advantage.

And it does not appear to address some of the thorniest issues that the two countries have been grappling over.

Mr. Mnuchin said Friday that the U.S. would decide whether to rescind the designation of China as a currency manipulator in a future phase of negotiations.

In August, the Treasury Department formally designated China a currency manipulator for the first time since 1994 at the direction of Mr. Trump. The largely symbolic move came amid frustration among U.S. officials that China was counteracting Mr. Trump’s tariffs by devaluing the yuan.

And Robert Lighthizer, Mr. Trump’s top trade negotiator, said the deal did not resolve the fate of Chinese telecom giant Huawei, which has been placed on a U.S. blacklist, much to China’s dismay.

“In this agreement, we’re not dealing specifically with Huawei. It’s not part of this agreement. That’s a separate process,” he said.

Still, any pause in future tariff increases and reduction in trade tensions will provide welcome relief to businesses, farmers, investors and others who have suffered financially from a bitter trade dispute that has dragged on for more than a year.

Mr. Lighthizer said that the deal would require China to make structural changes that would allow more U.S. farm goods to flow there.

“It will be much easier now for American farmers to be able to ship to China,” he said. “And we’ve made some changes on our side, too, that will help the Chinese.”

Mr. Mnuchin said the U.S. and China had reached “almost a complete agreement” on both the currency issues, and China’s moves to open up to financial services firms.

The stakes for an agreement were high with the trade war set to worsen if the two sides did not make progress and some of Mr. Trump’s biggest political constituencies – including farmers and small businesses – in the crosshairs. In addition to the October tariff increase, Mr. Trump had planned to impose another round of levies in December, at which point the U.S. would have taxed nearly every Chinese import.

Those additional tariffs have prompted concern from farmers and businesses, who say the levies Mr. Trump has already placed on more than US$360-billion of Chinese goods are weighing on sales and investment. While the President and his advisers maintain that the trade war is having a limited impact on the economy, they have admitted that these tariffs could impact U.S. consumers as the holiday season approaches.

Mr. Trump’s defenders say China’s concessions will generate positive momentum for future talks and result in more business for farmers and manufacturers as they continue to press China for a comprehensive pact to correct long-standing economic abuses. Critics say the move will go only partway toward resolving a crisis of the president’s own making, and that the trade war will continue to inflict pain across the global economy. 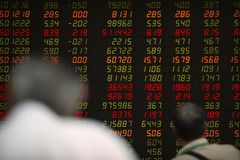 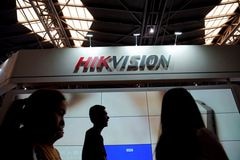