Sales at Magnet Forensics had been going strong for two years, yet the company knew the end was in sight. The firm had developed software that law enforcement, government agencies and corporations used to mine evidence from computers and smartphones during investigations. It had scored some high-profile customers, such as the U.S. Department of Homeland Security, and was actually profitable, a rare thing for a young tech company.

But the software, called Internet Evidence Finder (IEF), was Magnet's only product, and the leaders saw it heading for obsolescence. In the age of social media, the amount of data was exploding, and there was a limit to how much IEF could manage without a significant overhaul. So in 2013, the team had to make a decision: Focus on IEF or diversify. “We had been basically riding that sales momentum since 2011,” says CEO Adam Belsher. But rather than continue to complacently vacuum up IEF profits, Magnet opted to devote most of its engineering efforts to developing something that would ultimately replace its flagship product.

Internet Evidence Finder was essentially a complementary tool that worked alongside forensic software suites. It specialized in finding “artifacts,” such as conversations from Facebook and other apps that users might not even realize remained on their devices. If Magnet wanted to secure a future in digital forensics, it needed a powerful analytical engine of its own. And to guide its efforts, it would need clients—the right clients. “There are those who are so stuck in their ways of doing things, their minds won’t be open to a new approach,” Belsher says. “So it’s about finding customers that are early adopters and can share your vision.”

The company has always enjoyed a strong connection to law enforcement communities; it was founded by a former police officer, after all. Jad Saliba was a police constable in Waterloo, Ontario, who became part of his force's small digital forensics unit. Having studied computer science in college, he began writing code in his spare time to automate the process of pulling material from seized devices. He gave the software to other police departments for free—until he realized he could charge for it. Saliba left the force in 2011 to devote himself to the new venture. Belsher, a former BlackBerry employee, later joined as CEO, allowing Saliba to focus on the technology.

Even with the cushion of IEF sales, developing another product was a risky proposition. Magnet would be competing against several incumbents. One of the company’s advisers drilled into Belsher and Saliba the idea that in order to win over clients, the software would have to be orders of magnitudes better than what was already on the market. Magnet needed to build up its sales force too. Internet Evidence Finder was a viral success, so the sales team was accustomed to fielding calls from interested parties, not making pitches. And by orienting the company toward a new product (Belsher estimates 80% to 90% of Magnet’s resources were directed at it), there was a danger of neglecting the firm’s cash cow.

As expected, the company's relationship with customers proved crucial. In the early stages of development, clients indicated which features they required before even considering a switch from competing software and later helped Magnet tweak the product. For example, many police departments use forensic software to investigate child sexual exploitation cases, and reviewing evidence can take a serious mental toll on officers. After hearing from customers, Magnet tried to make the process less traumatic by blurring images and removing audio from material that had already been identified.

It took roughly two years of development, but Magnet released the software in 2016. Dubbed Axiom, it allows investigators to build timelines, highlights connections between digital evidence, and features a machine-learning function for sifting through pictures and text conversations. Today, Axiom accounts for a much larger portion of the company’s growth than IEF does and has changed Magnet’s relationship with its clients. “It’s opened more doors for us,” Belsher says. Customers now bring their forensic challenges directly to Magnet. “I don’t think we’d be where we are today if we didn’t put such a heavy push on Axiom.” 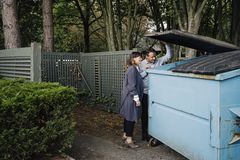 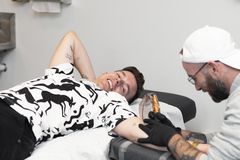 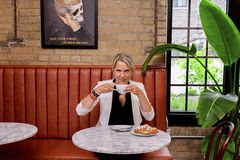 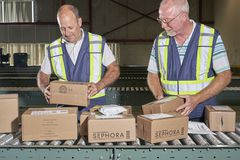