In the early days of the pandemic, Sean Boyd, CEO of Agnico Eagle Mines Ltd., faced one of the greatest tests of his career. Due to government-mandated lockdowns in Canada and Mexico, seven of the company’s eight gold mines were shuttered. With the crisis intensifying, Agnico’s stock was getting hammered. Canada’s second-biggest gold mining company quickly came up with physical-distancing protocols for its mines. But if it had any hope of actually reopening, it would need to find a way to test its workforce for COVID-19, particularly in Nunavut. The territory’s Inuit community was especially at risk, due to a history of lung disease and the fact that the population often lived in crowded quarters.

Agnico reached out to world-renowned infectious disease specialist Dr. Gary Kobinger, who co-developed a vaccine for Ebola. Kobinger helped the company set up a reliable same-day testing facility in Nunavut. Three weeks after the shutdowns—and with the blessing of various provincial governments—Agnico’s Canadian mines were allowed to start up. By early summer, the company was up and running again in Mexico as well. Because of the ongoing risks of COVID-19 spreading into the Inuit community, Agnico’s entire Nunavut-based workforce of roughly 450 remains at home with 75 per cent pay, replaced for now with contractors.

“We need them back—we want them back,” says Boyd. “But at a time and in a way that it’s not going to put the communities at risk, and we’ll bear the cost until we get those conditions.”

Agnico’s reaction to the COVID-19 crisis demonstrated how it has confronted setbacks through its more than five-decade history. From facing investor heat over a takeover deal to tackling equipment shortages in the Arctic, Agnico’s approach has been the same every time: Take responsibility, plan meticulously and follow through.

It’s a strategy that has also created tremendous wealth in an industry better known for destroying it. No other Canadian gold mining executive has created more value over the long term than Boyd. When he became CEO in 1998, Agnico was a small regional company, with one Quebec mine producing about 250,000 ounces of gold. Its shares traded around $6. Last year, the company produced 1.8 million ounces of gold from operations in Canada, Mexico and Finland. In September, the stock hit at an all-time high of $114, a return of 1,800 per cent during Boyd’s tenure.

Agnico grew, not by making blockbuster acquisitions of already built mines, as many of its competitors did, but by acting carefully and methodically. It made smaller acquisitions of early-stage projects, which it subsequently engineered into mines. An accountant by training, Boyd made sure the company never took too big a swing on an acquisition.

“You have to ensure you’re not taking on excessive total risk,” he says, “so that when you get hit with something that comes out of left field, you can manage through it.”

Over the long term, Agnico has left all of its senior Canadian gold mining peers in the dust. Barrick Gold Corp.’s shares are trading some 35 per cent below their peak—felled by a disastrous hedging policy, ruinous acquisitions and a loss of US$8-billion incurred while attempting to build a giant South American mine it ultimately had to kibosh. Kinross Gold Corp. is even further behind, with its stock about 55 per cent below its pinnacle. A decade ago, Kinross paid US$7.1-billion for an acquisition and subsequently wrote off almost the entire amount. In the meantime, Goldcorp Inc., which blundered its way through one bad acquisition after another, and experienced repeated technical problems at its mines, was sold at a 90 per cent discount to an American competitor last year.

“Much of their ability to outperform the group is not necessarily about making the right decisions but avoiding the wrong decisions,” says Josh Wolfson, gold mining analyst with RBC Capital Markets, of Agnico.

Still, no amount of planning can ever take all of the risk out of mining. Over the years, Agnico has had its stumbles, too. In the early 2000s, a section of its LaRonde mine in Quebec started to collapse in on itself after a significant rock fall. Agnico’s stock got creamed, and Boyd was confronted by an angry analyst on a conference call. “He led the question off with, ‘I’m not exactly calling for a public lynching, but you need to do this, this and this,’” says Boyd. “In those cases, the market has the right to be upset because we haven’t performed, but it’s really how you bounce back from it.”

At LaRonde, Agnico re-engineered the mine, eventually turning it into a success. It was a similar story at the company’s Goldex mine, also in Quebec. In 2011, Goldex encountered serious stability problems underground, forcing Agnico to halt mining for roughly two years. But again, it was able to engineer its way out of trouble.

“They had their problems, and they didn’t get a lot of love from the market during that period, but they came back strong,” says Sean Roosen, former CEO of Osisko Mining Corp., which sold its Malartic mine to Agnico and Yamana Gold Inc. in 2014.

Having an in-house engineering department is a big reason Agnico is able to safely navigate through technical problems. By not relying on external contractors, as many of its competitors do, Agnico can closely monitor the quality of mine construction and respond better when things go wrong.

“They just do a layer of detailed work that is above and beyond what other companies do,” says Robert Cohen, a portfolio manager with 1832 Asset Management. “They are engineering these things to the nines, being really careful, every step they take.”

Agnico has also taken its deliberate approach to deal making, figuring out how much an asset is worth before going after it. Then it doesn’t budge—even when under tremendous pressure to do so. After Agnico offered a 30 per cent premium for a Swedish gold company in 2005, a group of hedge funds that controlled 40 per cent of the shares refused to tender unless the offer was sweetened. Boyd repeatedly extended the offer, slowly accumulating shares, but the hedge funds still wouldn’t cave. Seemingly backed into a corner, Agnico discovered a clause in the Stockholm stock exchange rules that allowed it to take the Swedish company private with only 60 per cent of the shares—a nightmare scenario for the hedge funds, which wanted to cash out right away. When word got back to one of the ringleaders, he made a panicked call to Boyd.

“What are you talking about?” Boyd asked him.

“Buddy, there’s no way. That’s it. You’re not getting anything out of me,” Boyd said.

The hedge funds relented and tendered their shares to Agnico at the original offer price.

Over the decades, the Canadian mining industry has been run by its fair share of hard-charging alpha males: Peter Munk, Robert Friedland, Bill James, Clive Johnson, Mark Bristow. In a western, they’d be the ones brandishing their pistols and firing first. Boyd, by comparison, is a much cooler customer. Showdowns with hedge funds aside, he’s far from the stereotypical loud, braggy mining CEO. The low-key approach runs deep at Agnico, cultivated by founder Paul Penna, who ran the company for three decades until his death in 1996. In the early days of Boyd’s tenure, Penna used to send him to give clothing and money to the homeless near the office. Far from flaunting his wealth, Penna drove around in a 10-year-old Chevy Caprice. The modest style struck a deep chord with Boyd, and it continues to this day. Unlike many of its peers, which have opulent headquarters in the heart of Toronto’s financial district, Agnico’s digs are humbler in scale and located on the sleepier east side of the city.

“At the end of the day, we’re dealing with other people’s money. We have a responsibility to be very responsible,” says Boyd. “We let our results ultimately do the talking—not just how we perform financially and on the stock market, but also the work we do in the communities and how we treat and engage our employees.”

Still, underneath his gentlemanly manner lies a torrent of ambition. Much like the famously self-effacing superstar tennis player Rafael Nadal, there’s a quiet fury about Boyd.

“I would classify him as a classic grinder,” says Roosen. “When things get tough, he just gets tougher.”

When Agnico’s share price crested above $50 in 2006, Boyd popped a bottle of champagne and kept the cork. He did the same in July of this year, when the stock traded above $100. His next target is $150 a share. With gold once again in a roaring bull market, underestimate him at your peril. 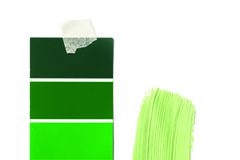 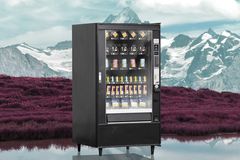 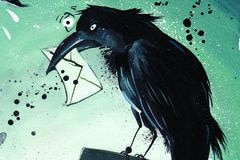