When I was in Grade 12, Shell Canada came to hire one graduating student to work at a nearby refinery. I went to the interview expecting some evil oil man, but he was wonderful. At the end of it all, he offered me the job.

I had every intention of doing a degree in economics and going to law school. But Shell told me that if I went into engineering, they’d be happy to give me a job every summer. The machinery, the processes and the incredible sophistication of an oil refinery fascinated me. So I did an engineering degree and went to work for Dome Petroleum.

One of my first bosses at Dome said to me, “No matter what you’re building, just think: What if things go wrong? How are you going to explain it to people, and what are you going to tell the judge when you’re in court?” We were building dangerous ethane and propane pipelines, and he was reminding me that we had a responsibility to do things right.

None other than Dick Haskayne looked me in the eye when I got the top job at TransCanada and said, “Now Hal, don’t let CEO disease go to your head.” He was referring to pompous chief executives who start to think too highly of themselves, and before you know it they forget where they came from. Dick and I are both small-town boys from rural Alberta.

The 1990s were the golden age of pipelining. Access to capital was relatively plentiful, though interest rates were a bit high. But the National Energy Board was relatively far-sighted and astute and composed of people who really knew what they were doing. As a result, TransCanada PipeLines was able to dramatically expand its capacity.

The federal Liberals have offered $1.5 billion in loans to Alberta producers. The best use of that money would be to provide credit support to underpin the expansion of pipelines. If they took $1.5 billion of support from the feds and added another $1.5 billion each from Alberta, B.C. and the producers themselves, that would underpin $6 billion in long-term shipping commitments, which would go a long ways to getting an LNG export project built.

Now there’s a need for more capacity on the gas side—as much as it’s needed on the oil side—and producers’ balance sheets are stretched. That, coupled with the horrific, inept, incompetent and incomprehensible federal regulation of pipelines, means we can’t get anything built today. Or if we can, it takes forever.

Canadian competitiveness is a real issue. I’m on the boards of four energy companies, so I think about it all the time. When I have spare time, I’ve been co-chairing a panel for the government of Alberta on natural gas, so I stay pretty busy.

I’ve been a skier my whole life. It’s the exhilaration of being outside in a pristine environment. My kids and I have a house on the hill at Kicking Horse in Golden, B.C. Skiing in deep powder in the trees—there’s nothing I’d rather do.

Some people go off and spend their later years sitting in the Senate, but I’m very committed to doing anything I can to help Alberta and B.C. strengthen their economies and make the most of this enormous endowment of oil and gas. I think it would be tragic if we let this become a dormant industry.

ROB Magazine
How Cineplex Media president Salah Bachir made it to the top of Canada’s cinema scene
January 25, 2019 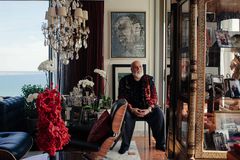 ROB Magazine
Nature’s Path co-CEO Ratana Stephens on how she got the funding to start her multimillion-dollar business Subscriber content
December 4, 2018 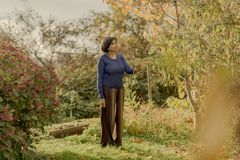 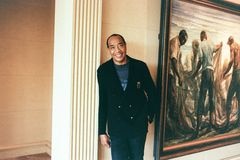