The best part about growing up as the child of immigrants was the food—the greatest Italian food is food cooked by poor Italians. As a kid I was ashamed—I wanted to have hotdogs and burgers like my Canadian friends. Now I pay a huge amount of money to have that same poor food.

When I was 25 and building the tech business at Arthur Andersen—my first full-time job—I met a lawyer I was really impressed with. I cold-called him, and he didn’t return my call for a month. Then he responds by saying, “I sincerely apologize for taking this long to call you back.” He took out a snotty-nosed little kid he didn’t know for lunch, and I promised myself I would do the same for anybody who asked for that first meeting. But you’ve got to earn the second one.

The marquee investment I’ve made is Shopify. That’s from a financial perspective, but also because people know that company, not only in Canada but around the world.

I’ve always had a special attachment to my first investment, Wave Financial, which was bought by H&R Block. People asked, “Why that investment?” And it’s because before I worked at OMERS Ventures, I was an accountant and I was like, “Okay, that business I know really, really well.”

Jim Balsillie and I created the Council of Canadian Innovators because we believe innovation is the future of Canada. There’s no shame in supporting Canadian companies, and this group was designed to help shape public policy to do that.

I would put Canada’s talent up against any talent in the entire world. We just need more of it. This talent is there largely because of our strong education system and our great universities.

A number of cuts I see the Ontario Conservatives doing, some of them are good, but some of them are like, “Guys, why are you cutting there?” Education is one you’d better be really careful about, because that creates the greatest value.

There is no debate on whether humans are causing climate change—of course they are. Anyone who doesn’t believe that now will never believe it. But we should get past that and look at where the solutions are. This is the issue of our time. Nothing matters unless we deal with the environment.

Technology can play a great role in mitigating some of the effects of climate change, and carbon pricing makes the return on investment that much more compelling—it is absolutely fundamental as a first step to making sure the resources get allocated to the right problems. But technology alone is not going to solve the problem. It’s going to require some pretty severe regulations on a global front.

Indigenous peoples are keeping the water and land as pristine as they can because they look at it over the course of hundreds of years. We’ve really forgotten about that connectivity and how critical the land, the water, the air and the sun are to us.

Cycling is the new golf. There is a big group of folks in business who have all switched to cycling. At Les Domestiques, a cycling charity I belong to, virtually everyone came from very modest means. And we know we were blessed with a lot of lucky breaks, and it’s incumbent on us to give it right back.

Opinion
What makes these siblings so successful? An executive coach - their mother - fills us in
October 25, 2019 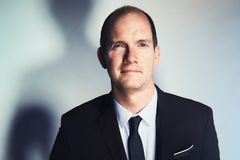 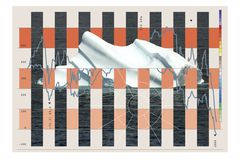 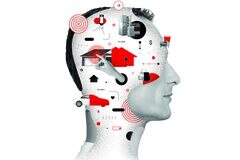