If it feels like your money is stuck in purgatory, it’s not just you.

For two years now, Canadian and U.S. stocks have generally traded sideways, with the occasional investor freakout or burst of enthusiasm balancing later to little net effect. “Bull markets have periods of robust, explosive gains and then they have periods of sideways consolidation, and I think we’re in one of those,” says Brian Madden, a portfolio manager at Goodreid Investment Counsel in Toronto.

This phase of indecision over the fate of the bull market aligns with the trade dispute between the two largest economies in the world. Competing tariffs on more than US$700 billion in two-way trade between the U.S. and China are taking a toll, particularly on manufacturing activity, but the trade war in its current form is probably not sufficient to torpedo the global economy on its own.

That has put stock markets in a kind of limbo, waiting for the thing that will set off the next major correction or cue the next surge. On the negative side, economies heavily dependent on trade have been hit hard. Germany is quickly veering toward a recession, with its manufacturing sector mired in its worst slowdown in a decade.

While a resolution of the U.S.-China dispute makes sense for both countries, each has also proved willing to fight a long campaign. “If there's an escalation, there's real scope for a recession and a wicked equity bear market,” Madden says.

There are several other negative forces weighing on the global economy and investor sentiment: U.S. political turmoil and the uncertainty around impeachment, a slowdown in U.S. corporate profit growth, the proliferation of negative yields on trillions worth of sovereign bonds around the world and the recent inversion of some key yield curves, which is often a portent of a recession.

In addition to the global uncertainty, the Canadian market faces some unique challenges. Banks and resource companies dominate the index, and the banks have been dogged by concerns about interest rates and profitability, while petroleum and metals producers have suffered from weak prices for oil and other commodities.

Yet the odds of a U.S. recession—and, by extension, one in Canada—over the next year or so seem to be low, according to a consensus among economists. Canadian and U.S. job markets are providing work for nearly all who want it, and both economies are forecast to grow enough to maintain full employment next year.

The strains in corporate credit that typically presage downturns cannot yet be detected. And the average U.S. household is in good shape, which bodes well for the country’s mighty consumer sector.

It's a decent bet that a delicate balance will keep markets in check in the months ahead, says Christopher Blumas, vice-president at GlobeInvest Capital Management in Toronto. “You can certainly make a case for the status quo being maintained for quite a while.”

Here are some of the big themes to look out for over the next year.

Markets won't have an easy time figuring out who to root for in the U.S. presidential election next November.

The Trump administration is usually very supportive of corporations, and its early tax cuts provided a huge boost to U.S. earnings, the primary driver of equity prices over the long term. But Wall Street is no fan of Trump’s protectionism. More than 40% of revenues generated by S&P 500 companies come from outside the U.S., and tariffs don’t help foreign sales.

“We are unconvinced that a Trump re-election will necessarily be seen as business friendly, since issues like trade wars and unpredictable tweets appear to be hurting corporate confidence,” Citigroup chief U.S. equity strategist Tobias Levkovich says in a report.

Democratic candidates, however, have put forth some policy ideas that don't generally play well in boardrooms. Things like wealth taxes, changes to capital gains taxes and stricter regulations on the energy sector could weaken market sentiment should the Democrats take control of the White House.

Jerome Powell can’t win. First, the U.S. Federal Reserve chair raised the ire of the President by keeping interest rates in place. Then, when Powell loosened monetary policy in July amid a global slowdown, Trump called him a “bonehead” for not cutting rates even further.

But the Fed's about-face, and stimulus by other central banks, is a big reason markets have stayed resilient. “I'm reasonably confident the Fed prevented a full-blown recession,” says Goodreid's Brian Madden.

The negative trend in interest rates and bond yields around the world shows no signs of reversing. Bank of Canada Governor Stephen Poloz didn’t lower rates in the first three quarters, but he also took note of the global slowdown.

As long as the safest government bonds yield next to nothing, stocks will look attractive. The gap between the S&P 500's earnings yield and the yield on long-term Treasuries, for example, suggests a 90% probability the index will rise over the next 12 months, Citi's Levkovich wrote in September.

Depending on who you ask, U.S. corporations fell into a so-called “earnings recession” this summer, which is defined as two consecutive quarters of shrinking profits.

It was partly a hangover from the earnings windfall generated by corporate tax cuts early in the Trump administration, made worse by the global slowdown and rise in the value of the U.S. dollar through most of 2019.

When earnings aren't growing, it takes rising trading multiples to fuel share price gains. By many metrics, U.S. stocks are trading at the high end of the historical range of those multiples.

“You're paying up, and that in itself opens you up to some risk,” says Christopher Blumas at GlobeInvest. “If things don't materialize as expected, multiples can contract pretty quickly.”

In both Canada and the U.S., earnings are expected to grow by about 5% in 2020—enough to sustain the market, but not get investors’ pulses racing.

ROB Magazine
Why the man managing your pension wakes up happy every day
Subscriber content
October 22, 2019 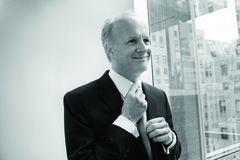 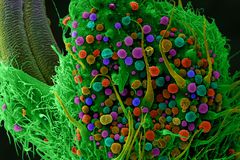 Opinion
Ask an expert: Should I keep my political views - especially about a certain leader - out of my business dealings?
October 21, 2019 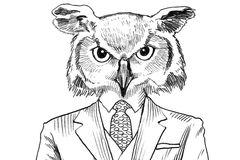