President Donald Trump has had an undeniable effect on the tenor of U.S. politics, but it turns out he’s transforming workplace culture as well. In a 2017 survey by the Workplace Bullying Institute in the U.S., 46% of respondents said their relationships with colleagues had deteriorated since Trump’s election in 2016. The same year, ABC News reported a “Trump effect” encouraging bad behaviour in business was “handicapping” corporate America. Brian Daly, a Toronto-based HR consultant, says there has been an undeniable rise in “Trump-style” supervision in Canadian workplaces as well.

But as the commander-in-chief has made bullying into a fashionable activity, new research from the University of Calgary’s Haskayne School of Business demonstrates its insidious consequences in the workplace. Co-authored by Justin Weinhardt, an associate professor in organizational behaviour and human resources, the study was recently published in the Journal of Management.

Decades of research has been conducted on how individual workers are affected by workplace bullying and sexual harassment. But few studies have examined how the abuse of one person can also affect their colleagues and the workplace as a whole. Those effects, says Weinhardt, “can spread through a company like a disease.”

Victims may engage in counterproductive and unethical work behaviours, including increased absenteeism, theft and not working as hard as they would otherwise, says Weinhardt. A fellow worker’s suffering in a toxic atmosphere might also affect other employees, leading to an increase in employee churn and, ultimately, shrinking the corporate bottom line. But the Haskayne study reveals that beyond those issues, treating one employee differently from others can fracture the collegial bonds of a workplace.

In the military, soldiers often go through tremendous abuse during boot camp or combat, notes Weinhardt. When the abuse is inflicted on all of them equally, nearly unbreakable ties of camaraderie can form. However, when abuse happens to some but not others, “that bond is really broken,” he says. (Not, of course, that the professor is recommending workplace employees should all be abused equally—or ever.) “People in groups really have a strong need to belong,” he says.

Consider Stanley Kubrick’s 1987 Vietnam War flick, Full Metal Jacket, where a pitiless drill sergeant named Hartman lays into a platoon of recruits starting basic training. He warns: “Here, you are all equally worthless.” But the sergeant soon visits particularly cruel and different torment on a chubby, hapless private he nicknames “Pyle” after the naive soldier in the ’60s TV comedy series Gomer Pyle, U.S.M.C. Among other humiliations, Pyle is forced to parade with his platoon while sucking his thumb with his trousers around his ankles.

One night in the barracks, as solidarity disintegrates, the platoon holds the sleeping Pyle down in his bunk while each soldier beats him with bars of soap packed into towels. “Why? Why?” asks Pyle in muffled cries through a gag.

That reaction—victims asking themselves why they’ve been singled out from the herd for incivility—lies at the core of the Haskayne research into what the study terms abusive supervision differentiation (ASD). Using the results of anonymous workplace surveys and online questionnaires, the researcher argues that ASD “threatens an employee’s socio-emotional bond with and reliance on the workgroup for support.” A victim of supervisor abuse is best served by remaining in their workplace group. But as ASD drives negative comparisons of an employee’s situation to those of fellow workers, it can trigger feelings of envy, jealousy or suspicion. In turn, those feelings often cause abused individuals to isolate themselves from potentially supportive colleagues, explains Weinhardt.

This tendency to retreat into isolation may make colleagues side with the abuser, rather than the victim, says Weinhardt.

“People experiencing mistreatment shouldn’t isolate themselves,” he says. “It’s important for other employees to actually listen to a victim. Even if you don’t want to intervene with a person’s boss and try to stop abuse, people really need friends at work.”

Weinhardt has begun teaching his students about the insidious impacts of ASD on workplace morale and corporate bottom lines. That, he hopes, will begin to create wider awareness about ASD in Canada’s corporate world.

Those findings initially surprised Daly, president of Brian Daly and Associates. Most HR professionals, he says, might predict that the majority of co-workers would tend to sympathize with and support a fellow employee subjected to unfair treatment—not snub them. But he noted the study’s findings do resonate with his own personal experience. “Very often, when you are coaching an individual who has been targeted by such behaviour, or at a minimum, perceive that they have been, they do become jealous or maybe envious. ‘Why am I the one picked on, while others are actually performing at even a lower level than me?’”

The effect of office bullying is only compounded by the increased importance of our workplaces in our social lives, Daly says. They “provide an important context for social interpersonal interaction in today’s world. And probably more than it might have, say, 50 years ago or so, with the decline of religious institutions or social clubs.”

There are antidotes to the ripple effects of ASD, according to the Haskayne study and others. A first step is clearly defining what are considered abusive behaviours at the company and then establishing zero-tolerance enforcement procedures to prevent them. Next, training should be set up to help managers understand the downside of abuse. Executive and management compensation should be tied to eliminating abuse in the workplace. As well, there should be mechanisms in place, such as employee training and anonymous hotlines, so workers can proactively voice complaints against abusers.

Canadian companies are heading in the right direction when it comes to dealing with workplace abuse—“but too slowly,” argues Daly. “A lot of organizations do a lot of work around team building, spending thousands on it. But then they fail to address the damage bullying can do.”

Closing the ‘inclusion gap’ in a workplace Subscriber content
November 19, 2019 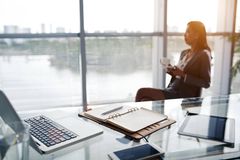 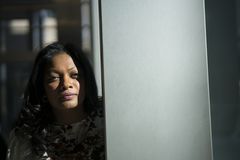 It’s finally time to discuss the undiscussables of the workplace Subscriber content
November 8, 2019