It's been a decade since the first whiff of scandal wafted from SNC-Lavalin, but for CEO Neil Bruce, it must feel like yesterday. The bribery payments in Libya, the arrest of former CEO Pierre Duhaime, the alleged $22.5-million McGill University Health Centre payment—it all seems so long ago. But the damage is still hitting home.

Two consecutive CEOs of the Montreal-based global engineering and construction firm—Bruce and Bob Card before him—have spent years carving out the rot and replacing it with what they say is a squeaky-clean corporate culture. In return, Bruce was confident the Public Prosecution Service of Canada would give SNC a break. Rather than fighting federal corruption and fraud charges in court, he was hoping to negotiate a deal that could stay the charges in return for a fine and good behaviour.

But an agreement is not yet on offer, and the preliminary hearing is just wrapping up. SNC’s stock is down by about 20% from its mid-June peak, the firm is now a potential takeover target, and at least one analyst—Yuri Lynk at Canaccord Genuity—suggests that management should consider taking the firm private, or perhaps even put it up for sale.

Your opinion of this turn of events likely depends on whether you believe the company has actually been reformed. If you think it has, it might seem unfair to punish current management and staff, who have worked so hard to clean up the mess left by corrupt senior executives who are now long gone.

As award-winning journalist Eric Reguly reveals in Report on Business magazine’s December issue cover feature, there is at least the appearance that the new bosses are doing all they can. Since the crisis, SNC has overhauled its board and leadership team. The firm now has a rigorous ethics and compliance program and a clear code of conduct, and it has pulled out of a number of countries known for corruption and palm-greasing.

The company's efforts aren't perfect. SNC recently worked on projects in Angola, Madagascar and Guinea, all of which fall near the bottom of Transparency International's Corruption Perceptions Index. It also continues to use local agents—who expect payment to assist with deal-making—in a few countries, such as the United Arab Emirates, where agents are required by law.

Still, I would bet SNC management is wise to the risks. Bruce is very much aware that one more scandal could bring the whole thing down. He wants to run a clean operation and move on from the past. So why didn’t SNC get a remediation agreement?

The most likely explanation is that it didn't disclose its transgressions—it was caught. The whole point of offering such agreements is to encourage voluntary disclosure. That might not seem fair, as remediation agreements weren't available in Canada when the transgressions took place, but legal experts say it's still a factor.

Another theory is that there could be more charges to come. According to La Presse, the RCMP raided SNC’s head office in March, seizing documents relating to an ongoing investigation. Whether that investigation will result in new charges isn’t known, but it could. Finally, it’s possible SNC will get its agreement—just not yet. The Public Prosecution Service may want to see how the hearing goes before making a decision.

Whatever the reason, it’s not hard to sympathize with Bruce. The SNC scandal has tainted Canada’s international business reputation, and corrupt executives responsible for this mess should be brought to justice in a public trial. But that doesn’t mean those trying to save the company should be punished as well. 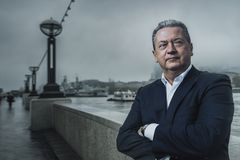 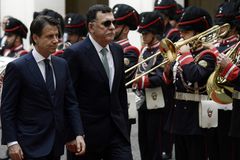 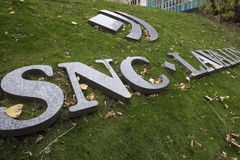