Canadians love to search for bargains. We’ll drive halfway across town to save 5¢ a litre on gas. We’ll wear out the Internet haggling over car prices and comparison shopping for furniture or clothes. And c’mon, does anyone pay that much for paper towels? (Haven’t you seen the price at Costco?) Yet when it comes to paying the bills for some of the biggest-ticket items in the country, that famous Canadian dedication to shopping around seems to fly out the window. Despite all our fretting over pennies, some provinces deliberately ignore the tremendous benefits of competition and comparison when tendering their most expensive public infrastructure projects. It’s a lousy way to shop.

In Ontario, due to a quirk in provincial labour laws, several municipalities are permanently prevented from taking advantage of robust competitive bidding. Toronto, Hamilton, Sault Ste. Marie and Waterloo Region have all been certified as construction employers, and must therefore operate under closed-shop rules.

That means only firms that have agreements with certain unions—in particular the United Brotherhood of Carpenters and Joiners of America—are allowed to bid on municipal construction jobs.

This dramatically reduces competition. According to research by Cardus, a small Hamilton-based public policy think tank with a keen interest in the topic, when Waterloo Region was certified in 2014, the pool of active bidders on major local infrastructure projects fell from 91 to 15—a drop of 84%.

What are the implications of allowing just a few lucky firms to compete on major public contracts? It's certainly bad news for taxpayers. Morley Gunderson, a University of Toronto economist and co-author of several Cardus studies, observes ''the economics are fairly straightforward when it comes to restricting the bidding process and reducing competition for public tenders.'' Among the expected outcomes he cites are higher prices, reduced innovation in construction methods, and a greater risk of collusion and turf protection among the privileged few bidders that remain.

Out in the real world, there's no shortage of proof. The gap between the winning and next-closest bids for public tenders, for example, doubled once Hamilton was certified as a construction employer in 2005. Overall, Cardus finds closed-shop rules push up project costs by 8% to 25%.

When Montreal investigated the impact of corruption on publicly tendered construction projects, it found a similar result. Collusion among a few firms that effectively shut out other bidders inflated costs on public projects by an estimated 20% to 30%.

A recent example illustrates how the new rules result in higher costs. When Waterloo Region sought bidders to pave a parking lot at its small international airport, it received just two submissions. The winning bid was for $658,000. The other, rejected because it fell afoul of union rules, offered to do the same job for $524,000. That's an extra $134,000 straight out of local taxpayers' pockets. Scale that up to wastewater treatment plants worth hundreds of millions of dollars, and the implications of an uncompetitive bidding process quickly become enormous.

So what’s the fix? Ontario’s unnecessarily expensive closed-shop situation can easily be remedied by exempting municipalities from construction-industry labour rules. It’s the sort of simple solution that ought to appeal to the province’s new taxpayer-friendly Progressive Conservative government.

In the meantime, Manitoba is taking steps to permanently inoculate itself against Ontario’s ailment. Pending legislation forbids the province, local universities, health authorities or school boards from using union status as a way to restrict competition on publicly tendered construction projects. ''Manitobans are some of the smartest shoppers in the country,'' says Infrastructure Minister Ron Schuler. ''And that should apply to government as well. We want to get the best product at the best price, and that means any company should be able to bid on any project.''

Heading in the exact opposite direction is British Columbia. This summer, NDP Premier John Horgan announced a new Community Benefit Agreement requirement covering all major public infrastructure projects in the province. Any firm can bid on a project, but now a crown corporation is in charge of hiring all the necessary workers, who are then forced to join a government-approved building trades union within 30 days. It's another way to limit competition by privileging one particular labour model over all others.

The cost of the planned $1.4-billion Pattullo Bridge replacement linking Surrey to Vancouver is already expected to rise by $100 million because of these new rules. And future projects will likely see reduced competition.

Chris Gardner, president of the Independent Contractors and Businesses Association, which represents about 2,000 union and non-union construction firms unaligned with the building trades, says many of his members are already choosing to forgo new government work because of the restrictive labour rules. ''With the construction industry booming in the province, a lot of companies are just not going to bother participating,'' he says. ''It's too risky.''

As for claims union-only work means a higher-quality product, Gardner bristles, pointing out the province has two decades of experience building critical infrastructure projects with union and non-union firms working side by side.

''Quality deteriorates when you hand out monopolies,'' he says.

Having set itself up as the sole employer of construction labour on public projects, the B.C. government is now free to pursue policy objectives that have nothing to do with keeping costs down. The province’s new benefits agreement serves up reams of red tape on everything from enforced diversity to specifying the number of pies and cakes that must be served in work camp dining halls (one each, plus two kinds of pastries, two kinds of cookies, pudding, canned fruit and ice cream). The B.C. government apparently thinks managing the dessert trolley is more important than shopping around for the best possible price.

Fair. Open. Transparent. These should be the top objectives of a competitive public bidding process. Anything else is a bad deal for taxpayers. 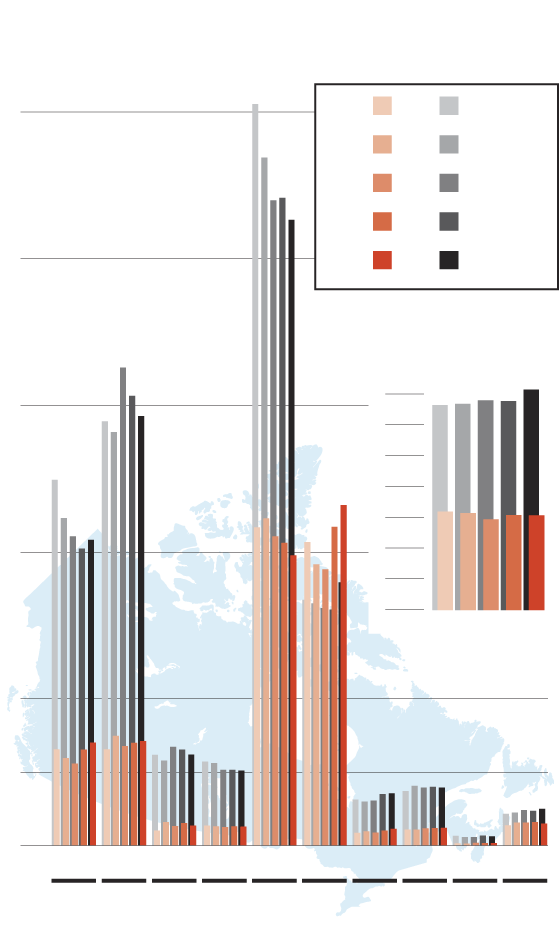 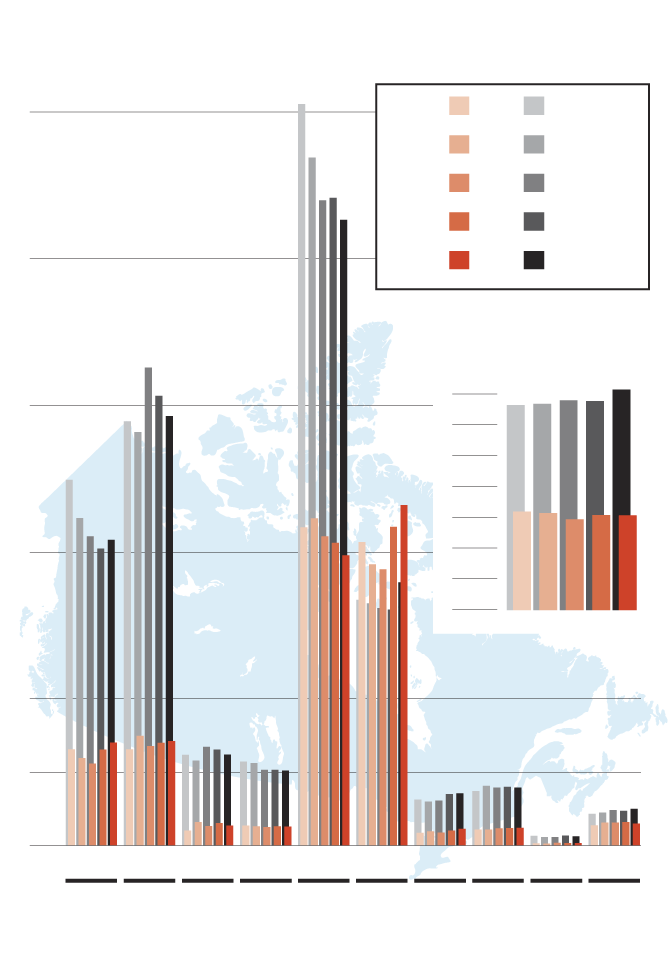 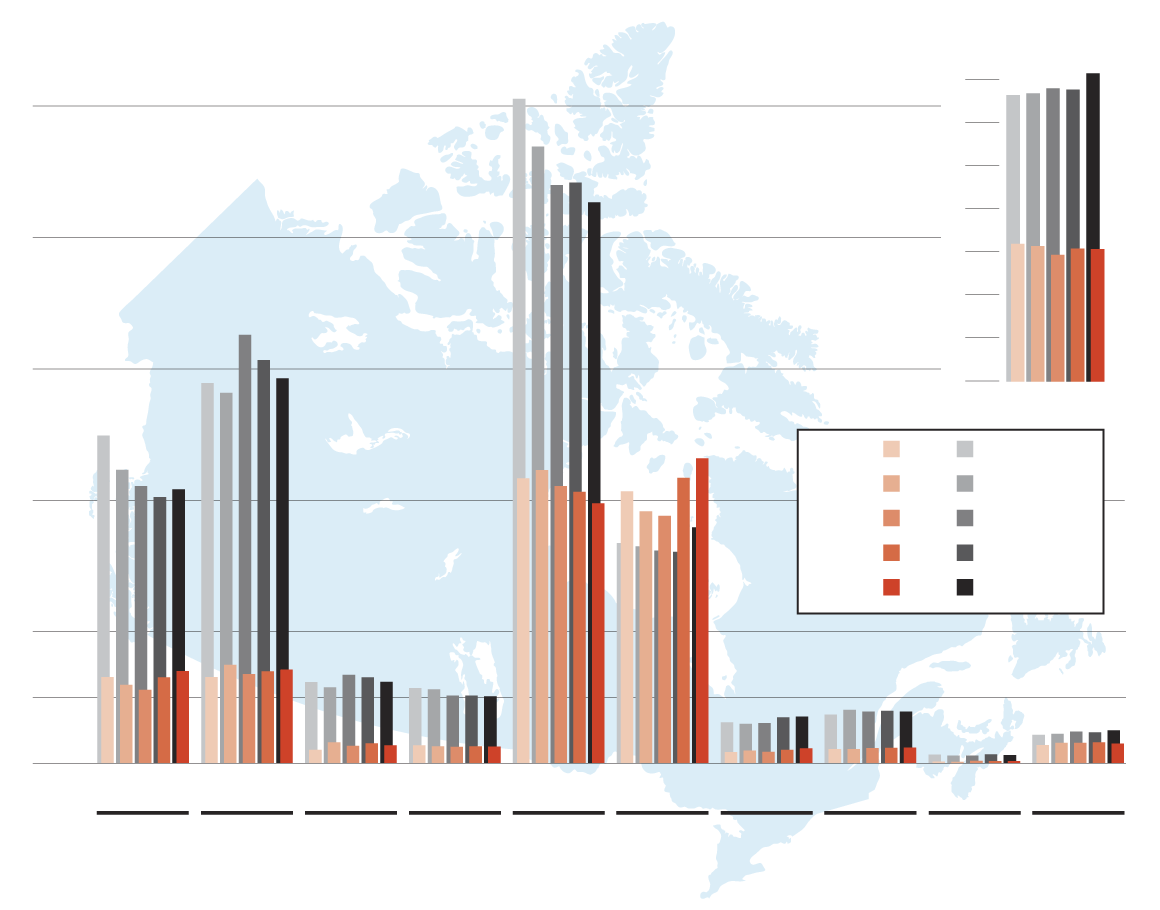