The dawn of the Netflix age sparked a content bonanza – and thanks to Jennifer Twiner McCarron, Thunderbird Entertainment is growing right along with demand.

As told to Dawn Calleja

I grew up in production. My first job, in the late ’90s, was at Mainstream Entertainment, where they were doing the first computer-animated TV series, called ReBoot – that show is now in the Smithsonian. While I was on maternity leave for the second time – it turned out to be twins – I got a call from Atomic Cartoons, which only had about 20 people and wanted me to help build the studio. In 2015, we signed a deal with a guy in Sydney who had the rights to the Beatles’ music, and we developed it into the show Beat Bugs. Thunderbird Entertainment acquired us, and it invested quite a bit of money in the show.

Back in the day, we were all vying for a Saturday morning cartoon spot between 8 a.m. and noon. But then Netflix changed the game, not just with streaming but by setting itself up as a studio. When it bet the house on House of Cards – and spent US$1 million per episode – things started to shift.

The reason everyone wants to get into streaming is because it’s a great business model, and you have all these new players that aren’t exactly startups: Apple and Disney and HBO and NBC. And it’s a great time for us to be content creators, because there’s such a luxury of places to sell to. Streamers are measured on subscribers, not ratings, so they constantly have to refresh their sites. There’s a constant need for content. Plus, the old model meant you would have to get a Canadian sale, and then find U.S. and international sales. You’d have to piece the whole thing together. Now, it’s much easier to put shows together. And when you deliver, they drop in 190 countries and 40 different languages.

So with Beat Bugs, we felt we should go to where more people’s eyeballs were. We pitched it to Netflix in Los Angeles, and we sold it in the room. We went off and made 52 episodes and set up a toy line. We still have great relationships with the Canadian broadcasters – we do a ton with Discovery, like Highway Thru Hell, and with CBC on Kim’s Convenience. And those places are having a renaissance as well, because they have to compete with streaming.

A year after Beat Bugs, Thunderbird asked me to run the entire company, and five months later, we went public. It’s a steep learning curve – it’s like the MBA I never got. Though I’m still more comfortable in a boardroom at Disney than I ever am on Bay Street.

We now have 1,000 employees. We’ve opened an animation studio in Ottawa and increased our footprint in L.A. – we have about 120 people there. That’s where all the buyers are, so having boots on the ground was key to starting to grow the business through sales. It doesn’t diminish us as a Canadian entity; it has just given us more places to sell that content.

So we’re staying true to our mission: making content that makes the world a better place. If you boil down the value of our work in the kids space, we’re helping parents cook dinner quietly. We’re not saving the whales. 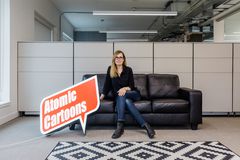 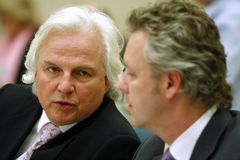