What’s the best way to create an inclusive company? Three leaders recently appeared on stage at a CEO Global Network event to weigh in on the question. They were Lenna Bradburn, Canada’s first female police chief, who led the service in Guelph, Ont.; Sonia Kang, a University of Toronto associate professor of organizational behaviour and human resource management; and Carinne Chambers-Saini, co-founder and CEO of Diva International, which makes the Diva Cup. In a conversation moderated by The Globe and Mail’s Deborah Aarts, the experts discussed building —and maintaining—an inclusive workplace. Here are some edited highlights.

Kang: When we’re thinking about inclusion, oftentimes we can think really narrowly about inclusion. People think, Okay, how can I accommodate women? How can I accommodate people from sexual minority groups? How can I accommodate people from racial minority groups? rather than thinking about creating a holistic inclusive organization. The idea is basically creating an organization where every single person will feel included, without having to think about the individual needs of each person. In my work, I call this extreme inclusion. An example of this from city planning is curb cuts. If you have a stroller, it makes it really easy to get up on the curb. If you have any kind of mobility impairment or if you’re walking with a small child, it helps you to get up on the curb. The reality is they’re put in to accommodate wheelchairs, but so many other people are able to benefit from them. That’s the idea of extreme inclusion, where small practices end up helping people who were not the original targets.

Bradburn: I think sometimes we forget organizations are just groups of people. We are mothers, fathers, children and parents. You need to consider the needs of everybody in the organization. A simple example: When I first went into the service, we were only ordering large latex gloves for officers to take in their cruisers. Most of the women—and a good number of the men—were going to the ER of our local hospital and asking the nurses for small and medium-size gloves.

Chambers-Saini: We recently put in a work-from-home policy—which took us over a year. We had an employee group, from all levels of the organization, that developed this program. I’m really excited to see how it actually improves productivity. If you don’t have to fight traffic twice a week, and you can be home right at four o’clock when your kids get home, it doesn’t really affect productivity.

Bradburn: I recall, back in the ’80s, trying to get child-care policies in place in the Toronto Police Service, and we wanted to have job sharing as one of those strategies. It wasn’t until we started talking about elder care that the head of labour relations, who had aging parents, started to think that was a great idea. The concept of elder care and child care just seemed to go together. In putting those ideas forward, we were able to get the power brokers to understand how it could relate to them.

How do you change hiring practices?

Kang: The most important thing we can do at an organizational level is build structures that make it less likely that people are going to fall victim to their own biases. We think about stereotypes, and it’s very, very difficult, if not impossible, to overcome those challenges. What we have to do instead is build structures and processes so that people can’t apply those biases. A concrete example is anonymous resumé screening. There’s really no need when you’re looking at resumés to know the person’s name. There just isn’t. From my own research, I know that resumés that have Black or Asian names are 20% to 25% less likely to get a call back with the exact same resumé information. So invest in the resources to do anonymous screening of resumés. There is software out there to help you do that.

Chambers-Saini: We’re changing the way we evaluate how someone is going to fit into our organization, including having potential co-workers do actual interviews. Once we’ve screened them, they go to the next round with a peer-to-peer interview.

Kang: There’s research showing that the most powerful way to increase diversity in hiring is by putting people in charge of those things. Have diversity managers and diversity task forces that are specifically responsible for ensuring diversity in recruitment and hiring. Then hold them accountable once people are hired to make sure they don’t leave. Give people the power rather than a high-level ideal.

How do you stay inclusive?

Bradburn: When I was in Guelph, the person who was closest to an issue would write the policies and procedures, unless there was a compelling reason to do otherwise. That was a really big mind shift in a policing context. We were used to going to somebody else to make the decision, rather than enabling the front-line member.

Chambers-Saini: I don’t think we should look at diversity and inclusion in the workforce as a box and say, “Okay, we need to have so many women.” That’s why I don’t like the idea of having it mandated or legislated. It has to come more organically as a benefit to the organization.

Kang: Most of the time when we see people talking about diversity and inclusion, it’s in a very idealistic way. But get out of your head and get into your body. Think about connecting your ideals to the specific behaviours. Oftentimes you’re in a meeting, a hiring meeting, and someone says something vaguely sexist, and then two days later, you’re like, “Oh, I should’ve said this thing.” Be prepared with the thing before you go to the meeting. Get out of your mind and into your body, your voice, and your actions. 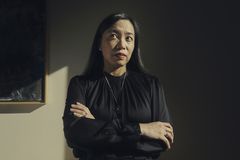 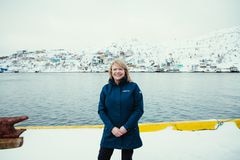 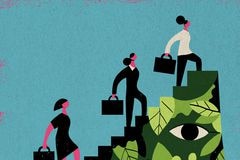