If you’re used to hearing greenhouse gas pricing programs described as a “job-killing carbon tax," then it might surprise you to discover that the Business Council of Canada, whose members provide almost two million Canadians with jobs, was unqualified in its support for the federal government’s carbon price backstop when it was unveiled in October. “For many years,” the council announced in a press release, “we have advocated for carbon pricing as the most efficient means to contribute to achieving Canada’s climate change goals.”

Like many supporters of carbon pricing, the Business Council doesn't pick a favourite between the two most common approaches in Canada—a straight carbon tax like British Columbia's, which levies a flat rate by the tonne to all carbon dioxide emissions; or a cap-and-trade system like the one Quebec has joined. The Business Council simply accepts the argument made by many energy economists that putting a price on carbon is the most efficient first step in reducing emissions.

This enthusiastic support for carbon pricing—and action on climate change in general—echoes that of the business sector most often targeted by environmentalists as the country's greatest climate villain: the oil sands industry. Indeed, the Business Council's endorsement was a bit tepid by comparison.

Perhaps in part because they have been targets in the climate change debate for so long, oil sands executives have become some of the most vehement business voices in favour of emissions-reducing mechanisms such as carbon pricing. CEOs from several major oil sands producers crowded the podium in Edmonton back in 2015 when Alberta Premier Rachel Notley rolled out her carbon-pricing climate plan. At the biannual Globe conference in Vancouver—among the biggest events on the calendar for Canada's growing cleantech sector—oil sands execs are as common a sight as electric cars on the trade show floor; this year's instalment of the conference featured Shell Canada country chair Michael Crothers on the marquee opening panel, discussing clean energy policy alongside green power advocates and climate scientists.

Suncor CEO Steve Williams, meanwhile, has emerged as one of the most ardent critics of climate-policy foot-dragging you’ll find anywhere. “It is a matter of profound disappointment to me,” Williams told a Calgary crowd recently, “that science and economics have taken on some strange political ownership—why the science of the left wing is different than the science of the right wing.” You could be forgiven for thinking he was directing his ire at opponents of his industry, but his actual target was the political right and its refusal to give a fair hearing to economists arguing that carbon pricing represents the most efficient way to take action. It was, in essence, an established oil sands CEO dressing down his most vocal boosters—telling them it’s time to get with the program on climate change.

This is where a decade at the roiling centre of the global debate about climate change has brought Canada’s oil sands industry. It might be tempting to dismiss it all as a cynical airbrushing of the industry’s corporate image while the oil patch continues to reap profits from pushing Canada’s emissions steadily higher—and certainly there’s some of that going on. (Oil sands emissions are up from 8% to 9% of Canada’s total since 2009, although emissions per barrel are down by more than 20%.) But there’s a deeper lesson here—one that the oil sands learned the hard way, by spending more than a decade as an international symbol of environmental destruction. And it’s a lesson that every executive boardroom in Canada would do well to heed.

That lesson is that climate change is not another environmental issue alongside the rest. It is an emerging catastrophe affecting every aspect of human society—which by extension will have consequences for nearly every business in any sector. Climate change won’t be contained, and it’s no longer enough to delegate it to the corporate social responsibility department or give it passing lip service in a sustainability report. It’s a C-suite issue, a bottom-line question. Those businesses it hasn’t hit yet should count themselves lucky—there’s still a chance to get out ahead of the issue before they wind up, as the oil sands has, the subject of damning headlines.

This is a lesson that extends far beyond public image. Oil sands companies have embraced the need to act on climate change not because it might make them look better, but because the risk of not acting has proven to be so great—a fact made clear to the industry almost daily since the name “Keystone XL” first hit the international political radar. Oil sands companies know they have no viable future unless they can find a way to be welcome and profitable in a low-carbon economy.

The other critical lesson oil sands companies have learned is that there is opportunity in taking action. For many, this has meant obsessive efficiency improvements. By consuming less fossil fuel in the digging and processing of bitumen, they have cut costs and boosted profits, even as they’ve shrunk the carbon footprint of each barrel of oil. It’s mainly a question of competitiveness, but also an opportunity to develop pollution-reducing technologies that may one day be of enormous value in the marketplace. For the business world beyond the oil sands, the opportunities are even greater. Building the infrastructure of a low-carbon world is already a multitrillion-dollar project, and it is growing bigger all the time. The rest of this century belongs to the companies—and economies—that corner this market.

It still might be possible to mint political capital by fear-mongering about the cost of taking climate change action, but there’s less financial capital to be made every day. The smart money’s in embracing it—just ask an oil sands executive. 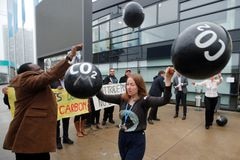 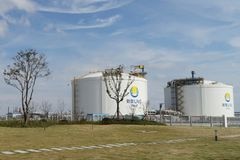