In this series, we ask some of Canada’s Top Growing companies to share advice on finding new and innovative routes to success in an unpredictable business environment.

It started with a rescue pug named Bella.

Today, Toronto-based Open Farm is a rapidly growing Canadian natural pet food company available in more than 6,000 U.S. and Canadian retail stores, with a presence in Australia, South Korea and Taiwan, and its sights set on expanding exports to Asia and Europe.

“We’re huge dog lovers,” says Jacqueline Prehogan, who launched Open Farm in 2014 with her husband, Isaac Langleben, and Derek Beigleman who is no longer with the company.

“We both grew up with dogs and in 2011 we got Bella. Now we have three pugs. That kicked off our passion.”

That passion is their farm-to-fur-baby approach to producing sustainable, ethical natural pet foods.

“Jac became a vegetarian and we became much more conscious consumers and really started more on natural foods for our own family, and that included our dog,” Mr. Langleben says. “It’s the age-old small business story: We went looking for a product and we didn’t find a solution. I think that’s how a lot of businesses come about.”

Natural and sustainably produced foods for humans are growing in popularity but the trend was lagging in pet products, he says.

“But when pet parents are buying pet food they’re looking for the same things as when they’re buying food for themselves. Pets are a part of our family,” he says.

Ms. Prehogan, 35, is a chartered professional accountant, and Mr. Langleben, 37, is a lawyer by training who worked in private equity before launching the business. They have a 16-month-old daughter.

Bella, the fur baby, first inspired the couple to launch a pet apparel company called Canada Pooch. In the pet industry they found a sector full of opportunities.

Open Farm launched in October, 2014, in Eastern Canada and March, 2015, in Western Canada. By that fall, the company expanded across the United States. The company has continued to grow ever since and was 91st on The Globe and Mail’s Top Growing Companies List in 2020.

“We definitely took a very aggressive posture with our launch,” Mr. Langleben says. “Our goal, because we saw this gap in the market, we really believed we needed to move fast and be across North America quickly to have that first-mover advantage and pioneer what we thought was a big opportunity in the category. From Day One we had the goal of very quickly expanding across North America and were able to do it.”

The founders made some strategic decisions early on, knowing that the much larger U.S. market was the target.

While they source ingredients from farms in Canada and the U.S. (as well as, to a lesser degree, Australia and New Zealand), they found manufacturing partners south of the border.

“That made it – from a logistics perspective – easier as a Canadian company to sell throughout that U.S. market,” Mr. Langleben says. “We had very strict requirements for what kind of partners we wanted to work with in the supply chain. As we found great farms, great manufacturing partners, [having] them being located in the U.S. was a great advantage for us.”

They also approached the U.S. as a collection of distinct regional markets, rather than one large homogeneous market. They pursued distribution partnerships in each region with existing distributors, who had the advantage of already developed networks of retail pet food stores.

“You really need to approach each region in the U.S. as a distinct market with different retail landscapes, different competitive sets, different consumers,” Mr. Langleben says. “I think that’s one thing a lot of businesses don’t think about when they’re targeting that market.”

Most significantly, they foresaw trends in consumer habits that hadn’t yet hit their market. They moved quickly and incorporated not just natural foods, but sustainability, climate action and animal welfare into their business.

Realizing that most pet food packaging is not recyclable, they were the first pet food brand to team with a unique recycling program called Terracycle. Open Farm bags can be sent for recycling at no cost to the consumer.

The company recently released a climate strategy committing to cut emissions by 42 per cent over the next 10 years.

“Some people might have thought we were crazy because there are a lot of competitors with pretty deep pockets,” Ms. Prehogan says. “The way that we were able to penetrate the market very quickly and make a name for ourselves is we did something really different.”

Open Farm has grown from two employees to a staff of 56. Although the pandemic did force the company to temporarily pause export expansion plans, the pet industry has actually seen growth over the past year as many people have adopted pets to stave off loneliness, she says.

Expanding to markets further abroad in Europe and Asia is on the agenda as soon as travel is possible.

“Export is still a big focus for us. We’re still growing very rapidly in the U.S. market but we’re definitely looking to turn this into a global brand,” Mr. Langleben says. 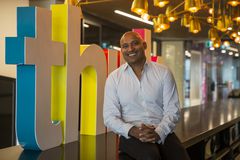 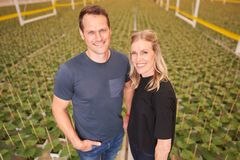