The chaos surrounding Brexit is having a big impact on Canadian growth companies. The Globe and Mail spoke with leaders from Canada’s Top Growing Companies about how they are adapting to the uncertainties in Britain and the European Union.

Finding new ways to supply the EU market. As with many Canadian businesses, Toronto-based Tina Davies Professional Ltd. uses Britain as a base for supplying the entire EU market. The e-commerce company invents and manufactures equipment for permanent makeup artists. It incorporated in Britain in 2016 “so we could easily import goods and store them in the U.K. for sale all over Europe,” co-founder Luke Davies says.

The goal, Mr. Davies says, was “to make things as easy and frictionless for customers to buy as possible.” And Britain offered a common language and business culture, as well as proximity and access to the rest of the EU. “If customers buy from our website anywhere within the European Union, we can deliver quickly, with zero import fees or duties,” Mr. Davies says.

But the U.K.’s pending break with the EU raises the spectre of unpredictable tariffs into the EU. So Mr. Davies is considering two different options, including setting up a second warehouse in Amsterdam or alternatively, supplying EU customers from Canada.

The first option requires more forecasting and a greater investment in inventory. The second means increased and more unpredictable shipping charges. “I’m hopeful it’s going to be business as usual for the next little while,” Mr. Davies says. “In the meantime, we’re doing some sample shipments from Canada to better understand what our costs will be and help us make a decision.”

Putting more staff in the EU. As a decision-analytics solutions provider, Vancouver-based Copperleaf has developed a roster of clients across the EU. For chief executive Judi Hess, the biggest concern associated with Brexit is whether she can move implementation experts to where they’re needed. “If we have people who are residents in the U.K., can I send them to Germany to work or vice versa?”

Since there’s no clear answer to that question, Ms. Hess has focused on adding to the EU work force. “We have a lot of business in the U.K.,” she says. “But Europe is collectively a much bigger market. So in a way it kind of biases us toward putting more resources in the EU. If there was no Brexit on the horizon, we would be agnostic to location within the EU/U.K.”

Managing currency volatility. “For the most part, our costs are in U.S. dollars,” Mr. Davies says. As a result of the fluctuating British pound, his company now adjusts its British pricing monthly rather than quarterly to minimize pressure on margins.

Mr. Davies also implemented a cash-conversion strategy to hedge against further drops in the U.K.’s currency. “We’re only 15 people, so we don’t have a finance department that can do analysis or anything like that,” Mr. Davies says. But so as not to be overexposed to the risk of a declining pound, the company tries to repatriate cash to Canadian dollars when the pound is high.

Diversifying markets amid slow British sales. For Deville Technologies Inc., which manufactures and sells industrial equipment to the dairy industry, growing fears of a Brexit-related recession translate to fewer investments in capital equipment by its British customers. “Businesses worried about a recession tend to tighten up their purse strings because they don’t want their liquidity to be tied up,” says David Penta, president and CEO of Saint-Laurent, Que.-based Deville.

There are also concerns that a no-deal scenario will see a return to WTO trade rules and the British dairy industry will lose the protection it receives under the EU. That double-whammy has resulted in a 50-per-cent drop in orders for Deville’s equipment in Britain.

Mr. Penta has responded by bolstering resources in the EU market where it already has a Belgian distributor. “We’ve hired more salespeople and I’m racking up some Air Miles,” he says. “It’s a reminder to us of how important it is to be diversified. If you rely on only one market, it can really hurt you when something goes wrong.” 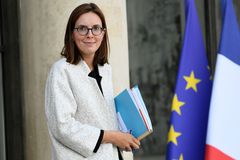 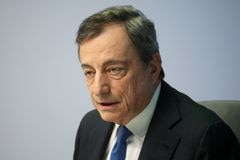 EU ambassadors agree that Brexit extension is needed, but not yet sure on length Subscriber content
October 25, 2019 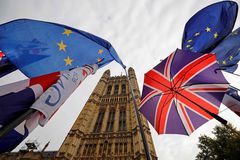