It was the sudden loss of a close relative and his involvement in two near-death experiences that convinced former construction worker Kevin Oulds to become an estate planning entrepreneur and launch his online will-generation startup, Willful.

Toronto-based Willful, which helps people create legal wills online for less cost than hiring a lawyer, was also inspired by surveys showing about half of Canadians don’t have a last will and testament in place – including, until recently, Mr. Oulds himself.

“Nobody wants to talk about death or plan for it, and I used to be one of those people,” says Mr. Oulds, who launched Willful last year despite limited startup experience, driven by a passion for helping families better cope with life after the death of loved ones.

Mr. Oulds was quickly confronted with the reality of how death affects families when his uncle, also his co-worker at an Ontario cement plant, died suddenly in November, 2012, with a will but no funeral instructions. When his aunt didn’t feel comfortable making that decision alone, Mr. Oulds was asked to help.

Mr. Oulds was then thrust into thinking about his own death, and lack of a will, in the fall of 2013 when he was hospitalized for seven days with septic arthritis in his ankle and was forced to take eight months off work to recover. “It troubled me that I could have left my family with some impossible questions to answer … and scared me to think of how those discussions and possible arguments could have played out,” he says.

Then, in February, 2014, Mr. Oulds was involved in a 10-car pileup and, while he was not physically injured, found himself wrapping a tourniquet around the severed leg of a man asking him to say his goodbyes to his family. Fortunately, the victim lived, but it was a turning point for Mr. Oulds. “After the last experience I thought ‘the universe is telling me something, this is a huge need and I have to pursue this,' ” he says.

The Willful online platform was launched in October, 2017, with the advice of estate lawyers and the promise of a seamless experience that helps people create wills in less than 20 minutes. It targets millennials who are more comfortable with online platforms for wealth management and anyone with less complicated estate plans.

To help draw up their estate-planning documents, including wills, power of attorney and health care directives, Willful users are taken through a serious of questions on everything from marital status, assets and beneficiaries to funeral preparations. There’s even a section for pet owners to determine what happens to their dogs, cats or other animals if they die. Users are then asked to print out the document and sign it with two witnesses to make it legal, according to Mr. Oulds. Costs range from $99 to $250 depending on the type of plan purchased.

Jason Heath, a certified financial planner at Toronto-based Objective Financial Partners Inc., says he has come across wills done by lawyers that are similar to what’s offered by companies such as Willful. “Most Canadians just need fairly simply estate planning,” Mr. Heath says. “Anything is better than having no will at all.”

However, for people with more complex personal situations and assets, Mr. Heath recommends spending extra on an estate lawyer. "If you have the complexity, it can often be worth the investment,” he said.

As he was building the company, Mr. Oulds had trouble finding people to back him, given he didn’t have a background in entrepreneurship or web development. It was also challenging for him to find lawyers to agree to advise him on the service, likely because Willful was considered their competition.

To date, Willful has generated more than 2,200 documents from 850 users across Ontario and Alberta. The service is expected to be available next in British Columbia in early 2019 and Mr. Oulds is also eyeing international markets such as the United States, Britain and Australia based on a growing number of inquiries from customers in those countries. He says the company has also been approached by financial institutions, including group benefits providers looking to offer the service to their members.

Mr. Oulds says growth has been steady since the launch but there has been a recent surge, which he says he believes was driven by a boost in marketing spending. Willful hired a chief marketing officer and secured capital from Clearbanc, the company co-founded by entrepreneurs Michele Romanow and Andrew D’Souza that provides revenue-based financing to online businesses for advertising.

Willful’s competition includes other will-kit companies that have been on the market for years, as well as estate lawyers, but Mr. Oulds says that, given the number of people who don’t have a will (51 per cent according to an Angus Reid poll conducted last year, and only a third of those are up-to-date), there are enough customers to go around.

“In the end, I hope more Canadians get a will. It would be great if it’s with us, but the more attention on this sector, the better,” he says.

You can’t take it with you: Five common mistakes people make about wills
March 6, 2014 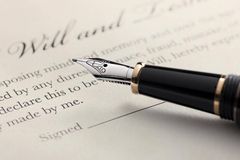 An up-to-date will avoids conflicts
November 5, 2018 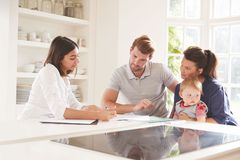