Ten years ago, Ted Fleming was visiting Malta when a flare-up of his Crohn’s disease left him lying in a hospital bed instead of a beach lounger for the week. Then and there, Mr. Fleming decided to start eating healthier and to stop drinking. As a craft beer fan, it wasn’t an easy decision.

“When you give something up, you realize how often you use it,” Mr. Fleming says. “After sports, at weddings and family celebrations, holidays, camping and so on. I tried to use non-alcoholic beer as a substitute, but a lot of it was poor quality. The taste wasn’t there and everything was a lager – there was no variety for someone who likes craft beer.”

But today, craft brewers, as well as giants such as Budweiser and Heineken, are investing heavily in non-alcoholic beer. AB InBev, the parent company of Budweiser, Corona and myriad other beer brands, has publicly stated its goal to increase no- or low-alcohol products to 20 per cent of its global beer volumes by the end of 2025.

While non-alcoholic beer accounted for only 1.2 per cent of total beer sales in Canada last year, sales in the category increased by more than 50 per cent between 2013 and 2018, according to research by Beer Canada. What was once a product some perceived as only for pregnant women, people with substance-abuse problems and middle-aged men is now marketed to health-conscious consumers, particularly those of a younger demographic. It’s a category on the rise as overall beer consumption trends downwards.

“The LCBO began selling four non-alcohol beer products in August, 2018, with future plans to expand the category and customer offering.” a spokesperson for the Liquor Control Board of Ontario told The Globe and Mail. The provincial retailer said it sees “potential for growth based on consumer interest, as well as the growing health and wellness trend where customers seek out products with lower calories and responsible host options for any occasion.”

“There are commercials everywhere,” says Ren Navarro, an advocate for greater diversity in the beer industry and a long-time sales rep for breweries in Ontario. “And it’s showing up at beer festivals. It’s definitely not a passing fad. More people are embracing it and more craft breweries are trying to figure out how to make it," she says.

Ten years after his decision to stop drinking alcohol, Mr. Fleming is one of the main players behind remaking non-alcoholic beer’s image in Canada. Unsatisfied with the options available locally, Mr. Fleming turned to Kickstarter to raise funds for startup Partake Brewing in the spring of 2017. By September, he had his first batch of product – a craft IPA full of hoppy aromas and notes of citrus, but with only 0.3-per-cent alcohol and just 10 calories a can. Partake is now in about 2,000 retail outlets throughout Canada and the United States and in the past 12 months has sold nearly three million cans.

“I think there’s a huge opportunity for non-alcoholic beer,” says Andreas Schotter, an associate professor of international business at the University of Western Ontario’s Ivey Business School, who is a craft-beer fan and a close watcher of the industry. “The market will likely increase as soon as brewers really figure out how to make it taste acceptable to an original beer drinker, but they’re getting there.”

Prof. Schotter says the brewers still have a ways to go. “The product needs to be right. Will you drink a second one? That’s the big question,” he says. Prof. Schotter says that while brewers such as Partake now make non-alcoholic versions of basic craft beers, more experimental offerings such as sours and seasonal offerings still seem a ways off.

“I don’t see this going away,” Ms. Navarro says. “But I also don’t see this taking over a really large section of the market.” Total North American beer sales measure north of $150-billion a year, though, so if the non-alcoholic market can grow to anywhere near the 5-per-cent market share it enjoys in Europe, there’s plenty of enticement for new entrants and increased innovation.

“It’s likely that the bigger, national craft breweries will come out with something soon even though most of them told me it was stupid just a few years ago,” Mr. Fleming says. “But we’d like to be a brand people can point to and say, ‘These guys were innovators in craft.’ Almost nobody’s saying it’s a dumb idea anymore.” 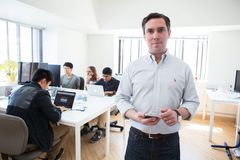 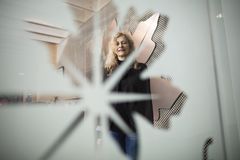