As a newcomer to Canada, Yanina Wu was operating in her second language in a foreign culture when she launched her business, which imports and sells Chinese products and helps Chinese brands with marketing in Canada. She struggled to understand Canadian business regulations, but also needed help with strategy – until she found WeWorkingWomen, a group of Chinese entrepreneurs and businesspeople.

Since it began – as an account on Chinese social network WeChat – in 2015, WeWorkingWomen has grown to reach about 70,000 women in countries including Canada, China, Singapore, New Zealand and Australia. The Toronto-based organization now runs in-person networking and education events, an entrepreneur academy, a business-listing service and several other ventures. Its content is posted on numerous social networks in English and Mandarin, and it employs five staffers and 20 freelance writers. Along with several contracted podcast and video producers, they create daily content targeted at “helping Chinese women achieve personal, professional and business growth.”

Members say the organization has filled an education gap for Chinese newcomers, but has also built a community of like-minded women who can reach out to each other for support.

Ms. Wu came from China as an international student and stayed in Canada after meeting the person she’d eventually marry. She says the first years running her business, Milkbuy.com, were a challenge. “There are a lot of benefits for businesses from the government, but I didn’t know that, and didn’t know how to get that information,” says Ms. Wu, who launched her website in 2015.

She signed up to be a case study in WeWorkingWomen’s entrepreneurship academy at a time when she was “lost and confused about what she wanted her business to be” – she’d been expanding to offer a wider array of Asian products. The school’s participants helped her refocus her offerings and strengthen her brand. “[They] insisted I should focus on the snacks and food, and try to go deeper but not wider. … Now my website is the number one in Canada for Chinese snack foods,” she says.

Mona Liu, president of Retune Modeling, calls her participation in the program “a milestone for her company,” which is both an agency and training school. She moved to Toronto from China in 2015, leaving behind a career as a model and modelling instructor. She began offering courses within the Chinese community, but had no business experience and was still acclimatizing to Canadian culture. “I was hoping [to find] a community, support group, or program to tell me what the business environment looked like. … It was a challenge.”

Ms. Liu says WeWorkingWomen helped her understand how to frame her services from the client’s perspective, something she hadn’t thought much about as a college instructor. “We even talked about entrepreneurship psychology. … It prepared me to face challenges.”

Zhixi Zhuang, a Ryerson University professor who has studied entrepreneurship and ethnic retail stores, says mainstream social infrastructure and services do not always address cultural needs sufficiently and appropriately – so newcomers or people for whom English is a second language tend to build their own.

“They don’t even know the city has a certain information session, or business incentive. … How would they know there’s such support existing? They rely more on information sharing within their community and they use their ethnic-oriented infrastructure and services. … There are a lot of barriers.”

Ms. Zhuang, a professor in Ryerson’s School of Urban and Regional Planning, says that while entrepreneurship is rarely easy, ethnic entrepreneurs face additional challenges. “Ethnic entrepreneurs have to find ways to tackle the systemic barriers, the challenges in the market, changing technology, customer preferences, and they have to keep up with all of these changes without proper support. They could be more vulnerable than anyone else.”

Those shared challenges are part of why WeWorkingWomen’s members are drawn to each other, says Dolly Shao, managing director of public-relations firm Glow Communications Inc. A long-time contributor to the platform, she says meeting people where they are – in their native language, for example – can help unearth hidden talent that wouldn’t otherwise have an outlet.

“It’s very hard to start a business. There’s a lot of red tape,” she adds. “Being an entrepreneur is sometimes very lonely. You need to have a support system.” 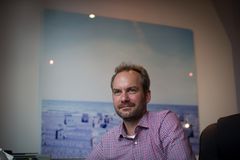 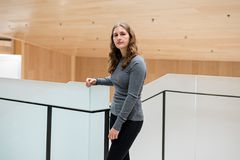 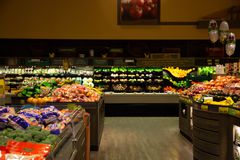