Two months into the launch of her dance studio, Natalie Borch needed a loan.

The 34-year-old first-time business owner had opened the doors to The Pink Studio in February after she and her brother invested $40,000 of their own cash and took out a $100,000 loan from the Business Development Bank of Canada.

“We just needed a small amount of money to expand our services for new teachers and classes,” she said, from beginner Beyonce to Bollywood fusion.

Finding no help from the main banks, she found Lendified Inc., a fintech startup that offers loans to small businesses based on artificial intelligence-powered screening assessments.

After filling out a few online forms on cash flow and collateral, Borch received a $30,000 loan.

Borch is one of the latest beneficiaries of an AI-driven overhaul in the financial sector as the big banks scramble to tap a vein that startups and credit unions have already started to mine.

“I didn’t even go anywhere,” she said from the mirrored, hot pink walls of her studio on Toronto’s Danforth Avenue. “It was a life-saver.”

Small-business loans have often been viewed as risky, with high interest rates due to a dearth of operating and credit history, collateral or consistent cash flow. Machine learning and big data can expand the pool of criteria that lenders can draw on, beyond the traditional factors such as payment history or current debt that produce a beacon score or bankruptcy risk rating.

“In the past, underwriting has often relied on a fairly narrow set of data, in some cases just credit score,” said Andrew Graham, co-founder and chief executive of Borrowell.

The four-year-old fintech, which offers unsecured loans and free credit scores, draws on millions of data points from thousands of debtors to assess credit risk. Factors from income and home ownership to interest in financial education feed into its algorithms.

“The real promise of machine learning in loan underwriting is that it means more people who will be good borrowers will ultimately get loans,” Graham said.

Large financial institutions have often shied away from small-business borrowers, said Arun Kumar, head of small-business banking at the Bank of Montreal. A $50,000 loan and a $5-million loan require a similar investment of time and labour, but the former might only yield $2,000 in interest — less than the cost of assessing the applicant.

That prompted BMO to launch Business Xpress last month, an in-house lending platform that draws on oceans of data to assess a loan within minutes of the first click. Amounts range between $5,000 and $500,000.

“It’s like moving from analogue to digital,” Kumar said.

Other banks are also following suit. Toronto-Dominion Bank acquired Layer 6 AI in January and Scotiabank teamed up with Kabbage in 2016 to allow customers to apply for small business loans using the fintech startup’s platform.

For credit unions, partnerships are a way leverage AI they could otherwise not afford.

ASAPP, like Lendified, licenses out its technology. Lendified does so for a monthly fee to credit unions including Vancity, on top of offering direct loans of up to $150,000.

Lendified chief executive Troy Wright sees a deep well of untapped lending potential shimmering below the surface. Small and medium businesses applied for about $34 billion in debt financing in 2014, but received only $28 billion as 18 per cent of applications were denied, according to Statistics Canada.

“The reality of it is that banks and financial institutions generally will not provide capital to a business that is under a year old,” said Wright, who ran Scotiabank’s retail distribution network for five years.

In May, the Ontario government announced a pilot project with fintech startup Lending Loop, a peer-to-peer online platform for small-business loans, to provide $3 million in loans over the next two years. It also doled out a $1.75-million grant to encourage credit unions to buy into fintech software and increase loans to small businesses.

However, a shortage of high-tech labour in Canada threatens to hamper progress in the field, as does the issue of bias, which can embed itself in any system, according to Graham.

“If you have a data set that only includes male customers or only includes customers who fit a certain demographic, it may lead to a similar bias in the results that comes out of it,” Borrowell’s Graham said.

“I think you have to be very careful and very deliberate about both what data you use and then how you set up the training.” 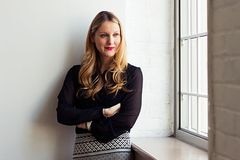 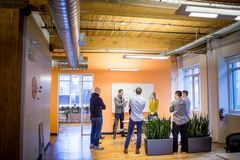 Startup CEOs on how to keep the artificial intelligence ball rolling in Canada
September 29, 2018 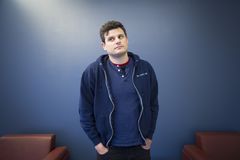