Every week for four years, Darnly Dubois and her colleagues sweated it out together during exercise classes at Polytechnique Montréal – until the COVID-19 pandemic shut down the university in March, 2020.

“I miss the classes. We were laughing all the time, even though we were working hard,” she says.

More than a year later, exercise providers, including gyms and fitness clubs in Canada, are still hurting. The United States and Britain, for example, are far ahead in reopening their economies based on higher vaccination rates and lower COVID-19 case counts.

Like other businesses, the physical activity industry has turned up the volume on its online program offerings. Experts say that once in-person training is allowed again across the country, the new business model is expected to be a virtual-physical hybrid.

For Mr. Prefontaine, even though Quebec gyms have started to allow in-person training under certain guidelines, workplaces – which had been the mainstay of his 13-year-old business – have yet to open widely. He’s sticking with online training for corporate clients across Canada, particularly special events involving gentler exercise such as stretching and breathing, to prompt people working from home to take breaks.

“At the beginning of offering the online classes, I had quite a few [workplace clients] who stayed, but some decided to take a break because it wasn’t working for them,” he says, noting he normally has about 200 corporate clients. “I can’t compete with the fact people are at home and their interest is not there, and for some of them too, they have kids and were also doing home-schooling.”

Since the start of the pandemic, Mr. Prefontaine says his biggest growth has been in online personal training.

Ms. Dubois reached out to him after 10 months of being at home and feeling lousy.

“Not only was I working at home all the time, but I was taking university classes, all in front of the computer,” she recalls. “I started having pain in my legs, I was always tired, not sleeping well, always anxious. I called Benoit in a panic and said, ‘I have to do something. I need to focus and start training again. This is no good.’”

She’s been loyal to her twice-weekly, hour-long Zoom classes before her workday starts. Mr. Prefontaine also counsels her on proper eating, and she schedules her own walking sessions through Facebook to get others to join her virtually.

“Every Tuesday and Thursday, I tell Benoit, ‘I don’t like you,’” she says with a laugh. “But my cardio and my blood pressure are better.”

The health of the Canadian fitness industry is another story. Before the pandemic, revenue in the industry in Canada – with about 9,400 businesses employing over 72,600 people – had been forecasted to grow to $4.4-billion in 2021, an increase of 8 per cent from 2020, according to IBISWorld.

The New York-based research company says it’s updating its forecast for Canada taking into account the pandemic and while it has forced the closure of many industry members, it’s also boosted demand for online fitness and home workout products.

The non-profit Fitness Industry Council of Canada (FIC) estimates up to 30 per cent of fitness operators have closed since early last year, president Scott Wildeman says. The FIC has been lobbying the federal government, so far with no luck, to make gym memberships and services a tax deduction, as an exercise incentive.

“If you were a gym owner allowed to be open during those spurts [between lockdowns], you were probably running around with 50-per-cent revenue,” Mr. Wildeman says from Airdrie, Alta.

Based on research by Ryan Rhodes, a professor and director of the Behavioural Medicine Laboratory at the University of Victoria, the industry has its work cut out for it.

Canadians found alternatives such as walking their dogs and using home equipment and online platforms. The pandemic disrupted organized activity, such as attending fitness clubs, and “incidental” physical activity like biking to work, Mr. Rhodes says. However, he adds in an e-mail, “our research showed that dropout and challenges to exercise in digital fitness programs was also prevalent, similar to dropout in physical gyms, so adherence to regular physical activity is a challenge regardless of the type of programming.”

Exercise scientist Ken Brunet, president of the Peak Centre for Human Performance, an assessment and training facility in Ottawa, isn’t worried about elite exercisers getting back to in-person training.

But for people who’ve never been regularly active, “exercise was already low on their priority list with work, family, whatever other hobbies they have taking precedence over their health and fitness,” he says. “Now we have a virus out there that people fear and going to a gym becomes even lower on their priority list.”

Liz Cummings, general manager of Life Time in Woodbridge, one of the U.S.-based chain’s three Ontario locations (with others in Ajax and Mississauga), says memberships were paused and credits added to client accounts during on-and-off pandemic closures.

While membership declined early into the pandemic, it has steadily grown with the advent of online training, she says.

“We feel as a company that fitness will move forward in grace as a digital aspect, but fully expect people to return to the physical space. People crave connection, they crave community after being locked away for months.”

Amy Williams of Life Time’s Minnesota headquarters says the chain, with about 150 U.S. facilities, quickly pivoted to online training offerings, which include a digital membership with access to Apple Fitness+, a virtual fitness subscription service rolled out in December, an app for one-on-one training and live-streamed studio classes.

“Our clubs in the U.S. are now widely reopened and we’ve been seeing great results with members very happy to be back.”

In Canada, to help regain public confidence, the FIC has developed a framework, modelled after industry relaunches in New Zealand and British Columbia, for fitness clubs to provide a safe environment.

Mr. Wildeman recommends touring a facility before joining and asking how it operates and what safety measures are in place, as they may differ.

“There are studios in the U.S. that have masked classes, and then in the same studio they may make masks optional. There are clubs with low-occupancy times where they only let in so many people between this time and this time,” he says. “So, if you’re averse to crowds, those are times you can go. You are seeing operators really listening to their members and trying to accommodate them.” 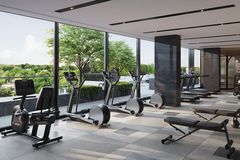 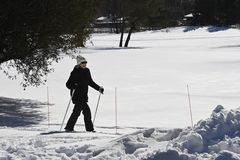 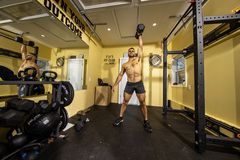