With the hype now gone from the cannabis market, some industry leaders are turning their attention to psychedelic drugs, following research that shows they hold promise for treating mental illness. But while there’s plenty of excitement about psychedelics in some medical and cannabis communities, mainstream commercial viability for the drugs remains far from certain.

Looking to apply skills learned during the introduction of legal cannabis, former executives from Canopy Growth Corp. and Aurora Cannabis Inc. are among those hoping to marry clinical treatment with drugs such as LSD, ketamine and psilocybin-producing mushrooms.

After raising $6.2-million in investment in the summer, MindMed is aiming to go public in Canada early in the new year.

In late November, MindMed announced it had engaged Canaccord Genuity – an investment bank that was heavily involved in financing the Canadian cannabis sector – to raise $15-million in prepublic financing in exchange for shares and a commission.

“We feel psychedelics are moving into a high-value-creation period that is starting to attract institutional investors and not just retail investors,” said Mr. Rahn, who feels the wealth of psychedelics-related clinical trials is a big part of his business case and a major difference between cannabis and psychedelics. “You can point out the studies to regulators and say ‘this works.’ That’s a defensible business.”

The research potential for psychedelics has expanded significantly. Over the past two years, the U.S. Food and Drug Administration (FDA) granted “breakthrough therapy” designation for psilocybin – the main psychoactive chemical in “magic” mushrooms – for research into major depressive disorders and treatment-resistant depression. The designation is for experimental treatments for serious conditions that have shown significant early success, and offers them a faster track to approval along with FDA guidance. In 2017, it gave the designation to MDMA – also known as molly or ecstasy – after very positive trials treating post-traumatic stress disorder (PTSD).

Alex Blumenstein, chief executive of cannabis accelerator Leaf Forward, said these developments – and various drug decriminalization initiatives in several U.S. jurisdictions – have people in his industry paying attention to psychedelics. “Cannabis attracts people who are interested in the vanguard of what you are allowed to do, or people trying to ride the wave of opportunity. There are also hard skills people learned in cannabis that can be applied,” he said, citing plant cultivation, dealing with strict regulation and manufacturing a controlled substance.

At Field Trip Ventures, also based in Toronto, founders of a chain of medical cannabis clinics are pursuing a clinic model for psychedelics. Founder Ronan Levy said the company plans to open clinics in Toronto and New York early in the new year, providing therapy assisted by the dissociative drug ketamine, which is legal for medical use.

Research published this year in the American Journal of Psychiatry found ketamine can alleviate major depression and reduce suicide risk. A Mississauga clinic, the Canadian Rapid Treatment Centre of Excellence, began offering intravenous ketamine as a depression treatment in 2018.

Field Trip has plans for another clinic in Los Angeles and is also working with the University of the West Indies in Kingston, Jamaica – where psychedelics are legal – to build a research facility studying magic mushrooms.

Mr. Levy said psychedelics are seeing interest from high-calibre scientists and potential investors in a way cannabis never did, something he attributes to the body of research. “The therapeutic potential is far greater than cannabis in that the large-scale clinical studies and smaller-scale academic studies are showing incredibly exciting results,” he said, noting mental-health problems are on the rise and many existing treatments have limited success rates.

Mr. Blumenstein of Leaf Forward expects many of the challenges the cannabis industry has experienced will apply to psychedelics as well, but more intensely. He believes a recreational market for psychedelics is unlikely, which means a smaller customer base. “The problem for entrepreneurs in cannabis is that it’s so strictly regulated and a lot of capital is needed. Take that and apply it to psychedelics – it will be much more challenging and more regulated. … This means controls on health claims, distribution, production, branding and, of course, access.”

He said he’s seen some companies building “psychedelics-adjacent” brands that appear poised to move into a recreational market if it became legal, but he doesn’t believe there’s a strong business case there.

“I don’t think [recreational legalization] will happen … at least for a long time,” he said. Plus, he says, this type of regulated, research-intensive business can be very expensive. “Pharma companies are much better suited to raise massive amounts of capital. … For a medium-sized entrepreneur, there will be challenges.”

Pot stocks appear to have bottomed. These ETFs will let you ride the rebound
November 29, 2019 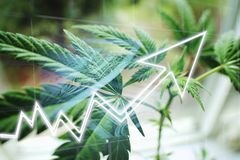 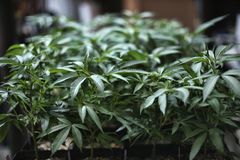