Ontario says it won’t apply a controversial federal small-business tax change at the provincial level, reducing the effectiveness of the federal policy on passive investments inside corporations.

In a move that small-business advocates hope other provinces could replicate, the provincial Progressive Conservative government said last week it would not mirror a federal Liberal tax change that would limit access to the small business deduction for corporations that earn over $50,000 in passive investment income. Such income is money made from investing in stocks, bonds or other sources not related to the business.

“The change is still negative over all, but the potential penalty is cut by more than half,” said Dan Kelly, president and chief executive of the Canadian Federation of Business (CFIB), noting the small business deduction, which applies to active business income less than $500,000 annually, leads to greater savings at the provincial level.

When Ottawa’s rules take effect on Jan. 1, businesses that earn more than $50,000 in passive investment income annually will have their small business deduction reduced and lose access once they earn more than $150,000 a year.

For an affected small-business owner, the change means paying 15 per cent in federal taxes on new active business income, instead of 9 per cent for income earned over the deduction threshold. In Ontario, the corporate rate is 11.5 per cent, while the small-business rate will be 3.5 per cent, starting in 2019.

The Ontario government’s decision to not go ahead with the change means a small-business owner with active business income of more than the deduction threshold will pay the higher federal rate but still have access to the provincial small business rate regardless of how much passive investment income is earned in their corporation. That means Ontario business owners with passive investments inside their corporation could save as much as $40,000 in provincial tax.

Ontario’s reversal gives business owners renewed incentive to save money in their corporations at a lower tax rate as compared with personal income. Ottawa’s goal with the tax changes was to prevent business owners from incorporating just to avoid paying higher taxes. When asked about Ontario’s decision, federal Finance Minister Bill Morneau told reporters last week he believes his government “came to the right policy conclusion,” on passive investment income.

After intense anger from the business community, Ottawa watered down a previous plan to heavily tax passive investment income directly. Still, the new rules will affect more established, successful business owners who have been in business longer and accumulated more passive investments over the years.

According to an Ontario background paper, 7,900 small businesses would have faced higher provincial taxes owing to the new rule. Business owners argue that passive investment income allows them to set aside money for economic downturns and also acts as a retirement vehicle in lieu of a pension plan.

Tax professionals see Ontario’s move as a small, but significant win for small business owners in the province.

“It’s not a big tax change, but it’s extra money,” said Adrienne Lo, a chartered professional accountant and director of tax and estate planning at Toronto-based Chronicle Wealth Ltd. “If you were in that top threshold, you do have that extra $40,000 to play with.”

Ms. Lo said she expects business owners will use the extra money to help save for retirement or to expand their businesses.

John Hedden, owner of Bryan and Hedden Financial, based in Burlington, Ont., said the change will lower his tax bill and has him once again thinking about expanding his financial services company.

“For my business, this announcement and its positive signal may … provide me the confidence to expand and add an additional employee in the coming year,” said Mr. Hedden, who has seven staff. “This plan was put on hold, however, now it can be in my business planning again.”

The Ontario government said the previous government’s plan to match the federal passive investment income rules would have increased taxes on small businesses by about $160-million a year by 2020-21.

Other provinces have also expressed concern about Ottawa’s passive investment income rules and are considering opting out, including New Brunswick’s incoming Progressive Conservative government, which listed it as a campaign promise. The CFIB has been lobbying Manitoba and Saskatchewan officials to do the same.

Saskatchewan Finance Minister Donna Harpauer wrote in an e-mail statement that her province “is reviewing this matter. We have raised the issue with the federal minister. No decision has been made.”

The CFIB’s Mr. Kelly is hoping that if other provinces follow Ontario’s lead, Ottawa may reverse its decision, but acknowledges that could be wishful thinking. Still, he argues it weakens the federal government’s decision and could become a campaign issue in next fall’s federal election. “I don’t think the federal policy objective will be met if it’s just a federal tax change,” Mr. Kelly said. 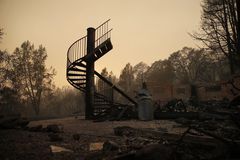 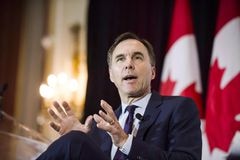