American psychologist and author Adam Grant has famously described the Myers-Briggs Type Indicator, arguably the most commonly used personality assessment, as being somewhere between a horoscope and a heart monitor in terms of accuracy. Unfortunately, many employers misuse personality tests to make significant human-resource decisions, from who to hire to who to promote.

Personality testing is a $500-million industry, with one in five Fortune 1000 firms using these tools to screen job applicants. While insights can be gained from many of these assessments, employers should proceed with caution in using personality tests to make meaningful human-resources decisions.

As Whitney Martin, a measurement strategist at ProActive Consulting, writes in Harvard Business Review, the most accurate personality assessments measure stable traits, are normative in nature, have a score assessing the respondent’s candidness, and have high reliability to predict job performance. The “Big Five” personality test and its variants are often praised by experts. The tool was based on extensive scientific research of the five personality traits – extroversion, emotional stability, agreeableness, conscientiousness and openness – that were found to exist across many different cultures.

In recent years, however, researchers have questioned the legitimacy of the Big Five test. For instance, a study from the University of Oregon found that the Big Five model does not apply among older populations in Western countries. Moreover, a team of researchers in Bolivia found that personality traits did not cluster into the Big Five groupings when they surveyed members of a tribe of hunter-gatherers. If the Big Five traits are not consistent across different cultures, generations and geographies, then the test is not measuring “stable” human traits, and individuals are not truly being compared with the overall population. Nevertheless, the Big Five traits have been found in more than 50 countries around the world, meaning they can be seen as being relatively consistent across different cultures.

Moreover, the data on most personality assessments are self-reported, meaning these tools are only as accurate as the honesty of the answers. Simine Vazire, director of the Personality and Self-Knowledge Lab at the University of California, Davis, argues that a good personality test rarely tells you anything new. At most, a personality test can be used as a comparative tool to figure out how an individual compares with the general population for a given personality characteristic. As Ms. Vazire says, “personality tests can only tell you what you tell it.” Consequently, employers should take the results of a Big Five personality assessment with a grain of salt, as individuals can answer questions with the goal of creating a desired outcome, thereby skewing the results.

Even if the Big Five personality test provides accurate data regarding an individual’s personality traits, employers should be wary about how they use any such data. For instance, one could decide to use the test results only to hire the most extroverted candidates as salespeople. While extroversion often correlates with being good at sales, many highly effective salespeople can be introverted, as active listening is an essential sales skill. Employers should be wary of disqualifying potentially high-quality candidates purely because they do not score highly for having a trait that positively correlates with success in a particular role.

There is sometimes a temptation for employers to use personality assessments as a replacement for the hard work of actually getting to know their employees. As Emma Goldberg writes in The New York Times, “[personality assessments] deliver on all the complexities of interpersonal office dynamics, but without the intimate, and expensive, process of actually speaking with employees to determine their quirks and preferences.” Ultimately, a personality test can help itemize some of an individual’s traits. Still, it cannot replace the hard and often intangible work of getting to know employees’ unique characteristics through conversations.

Nonetheless, while personality assessments are of limited value for decisions such as hiring, these tools can be helpful in other ways. At Venture for Canada, we have found personality tests can foster an understanding of how personality traits influence one’s working style and how one interacts with others. Therefore, personality tests can be useful for catalyzing self-awareness and self-reflection, and understanding how one may show up in the world. However, it is essential to note personality tests are most helpful when the test is purely being used as an educational tool and there is no incentive to answer questions in a given way.

Humans crave simplicity, but human nature is anything but. While personality tests are valuable in specific settings, employers should recognize these tools’ limitations for informing important human-resources decisions, such as who to hire or to promote. People are complicated; it’s critical to acknowledge that it is a Sisyphean task to encapsulate a whole person with a personality test. Next time you see a personality assessment, understand the test’s result for what it is: an imperfect and imprecise tool for distilling the complexity of the human psyche.

Scott Stirrett is founder and chief executive of Venture for Canada, an organization that connects graduates with learning experiences at startups. 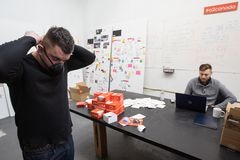 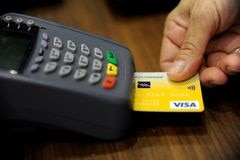 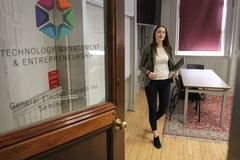