This article is part of The Globe and Mail’s Small Business Borrowing Guide series, which will run weekly on The Globe’s Entrepreneurship page until November.

HSBC Bank Canada is aiming to stand out from its banking rivals with eCredit, a new line-of-credit product that busy Canadian entrepreneurs can apply for online.

“We felt that traditional lending to small business by other financial institutions hasn’t really evolved much in Canada, and we were looking at a way to challenge that status quo and accelerate our ability to serve small business for their lending needs,” says Geordan Robertson, HSBC’s head of retail business banking lending for Canada. HSBC Bank Canada is a subsidiary of British-based banking giant HSBC Group PLC.

HSBC eCredit launched across Canada in January, following a five-month pilot. Business owners can apply online for a line of credit ranging from $5,000 to $120,000.

HSBC worked with Biz2Credit, a U.S. financial technology firm, to build the product. A key feature is its “auto decision” capability, which allows business owners to receive a decision on their application almost immediately.

HSBC pledges “fast online funding" – in other words, a user-friendly online application followed by a quick decision by the bank. To be eligible, businesses must operate in Canada and have an annual gross revenue below $5-million. This includes startups, Mr. Robertson says.

The automated decision is based, in part, on the company’s cash flow. “We focus on cash-flow lending,” says Mr. Robertson. “We do that by looking at recent bank statements.”

Andrew Zakharia, a small-business accountant and founder of AZ Accounting Firm in Toronto, has a business line of credit with HSBC and also has recommended the product to clients. He says it’s easier for some types of businesses, such as companies with subscription models, to borrow from a cash-flow lender than the more traditional asset-based lenders.

The auto-decision feature means that, in most cases, business owners can hear back in seconds. Some applications, such as those with financial statements only, still require a manual look, in which case a decision can take a few days.

If approved, a business owner must sign credit documents in a bank branch. (Mr. Robertson says they are working toward being able to accept those documents online, making the process entirely digital.) After papers are signed, the new line of credit is available in two business days.

Mr. Zakharia says he has an established rapport with a business relationship manager at HSBC, so he has applied by e-mailing that person rather than using the online application. This lengthened the process, however. He says it took four to five business days to get an answer, and after signing paperwork, another one to two weeks to get the money.

Mr. Zakharia says the application process was straightforward, and included the bank asking for two years of accountant-prepared financial statements and nine months of bank statements.

Mr. Zakharia says he has a $200,000 line of credit with an interest rate of 3.95 per cent, or prime. HSBC confirms it will consider pricing of prime plus zero for existing customers and businesses in lower-risk industries. Lines of credit of more than $120,000 require speaking to a business relationship manager.

Currently, the only additional charge for the line of credit is a $20 monthly fee. There’s no set-up fee, but “we may look to see if that’s still sustainable for next year,” Mr. Robertson says, adding that if a fee were to be added, it would be 1 per cent of the approved credit limit.

Unlike a standard loan, a line of credit only accumulates interest when money is used. “It’s something there just in case you need money, you can draw on it. But if you don’t need it, it doesn’t cost you anything, except a $20 monthly fee,” Mr. Zakharia says.

For businesses that receive approval for HSBC eCredit, the product is a viable option, Mr. Zakharia says. “It’s good for someone that has accountant-prepared financials, has cash flow in their business, and basically wants to have the flexibility to access money, without having to pay a lot for it."

Mr. Zakharia hasn’t encountered any other hidden fees or concerns. “There’s not really any ‘gotchas’ there." 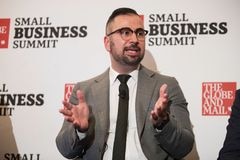 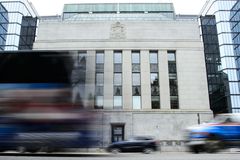