In 2013, I was disenchanted with the legal profession and skeptical about the traditional legal model. There was so much that I wanted to do differently – for example, revamping billing practices and improving the work environment. Although I wanted to create an alternative law firm, I was not ready to hang out my own shingle. And thus began conversations with my father and uncle, two partners in a seven-lawyer law firm. I joined the firm with the understanding that I would be part of the firm’s succession plan.

About five years after I joined, we had a successful changing of the guard with four associates taking over the interests of two existing partners. The process, which we did without the help of a consultant, was time-consuming and not without its challenges. The result, however, has been worth the effort: The firm has a stable and promising future, the younger generation has the opportunity to build on the legacy it inherited and the older generation partners have been able to satisfy their retirement requirements at their desired pace. Although I am no expert in successions, four things stand out to me as being integral to our process.

1. The younger generation needs to be capable, hungry to succeed and willing to prove itself.

It is crucial to assemble the right “next generation” team. That is no easy task. The younger generation must ultimately be capable of successfully running the business and must be hungry to succeed; after all, these are necessary ingredients to the success of any business. In the context of a succession, however, these necessary ingredients are not sufficient. The next generation must also be able to transition the business from individuals who have been running the business “their way” for numerous decades. This can be a minefield.

As youngsters (in the business world at least), we may think that we know best. In some cases, we do: We have new ideas, a better grasp of technology and generally have our ears to the ground. In other cases, we don’t. We have to remember that the business has been running successfully – likely since before we were born.

We must implement change slowly, present our new ideas knowing that we will need to defend them and recognize that we need to prove that our ideas will work. Making small changes and showing results makes it easier to propose bigger changes.

When I first joined the firm, I strongly suggested that we needed a new website. Although my suggestion was initially met with reluctance, I proposed that the partners provide me with a very modest budget to build my “fancy new website.” Given the budget, I was required to spend a significant amount of time bringing the new website to fruition. In its first year, the not-so-fancy new website generated a number of clients. Having established the value of a website, conversations concerning the need to improve it were far less contentious in the following years.

2. The older generation needs to be open-minded and willing to change.

It is easy for the old guard to think that it knows best. In some cases, it does. It has to realize, however, that it is not as hungry as it once was, times have changed, and its business must adapt to survive. Most importantly, it needs to accept that if it wants the business to outlast it, it will need to cede control at some point. The earlier it does so, the more chances it has to guide the next generation.

I found two rules to be particularly helpful. First, the old guard must be able to defend a business practice for reasons other than “because that is the way it has always been done.” Second, it should avoid an immediate knee-jerk, negative reaction to a new idea.

People often resist change. Once a person pooh-poohs an idea, it requires an about-face to then accept the idea, making it less likely that someone will ever do so. If people are given time to consider an idea before reacting to it, a more productive conversation can ensue. Although conversations concerning change were never easy, those occurring a week (or a month) after an idea was first proposed were far more productive.

In my early days at the firm, I proposed that we offer clients flat-fee billing on most, if not all, matters (including complex litigation matters). Suffice it to say that the old guard was not overly excited about the idea. Over time, however, I presented research and demonstrated how it could potentially work. To their credit, the partners allowed me to slowly persuade them.

Once I had done so, they offered valuable insight, derived from years of experience, as to how to implement the change. It quickly became evident how effective the combination of two generations could be. The new idea, and the wisdom as to how to best implement it, made the initiative successful.

3. When working with family, you must be able to ‘transition.’

My father, uncle and I can quickly transition from a heated debate at work to the Friday night dinner table (yes – we all have dinner together most Fridays). When we get into an animated disagreement about, say a document-naming convention, it doesn’t mean we don’t love or respect one another: It means that we disagree about how the office should name documents – nothing more. Knowing that you can safely argue about work-related matters without negatively affecting your familial relationships is key to working with family.

4. A successful succession takes many years.

Unlike starting a business from scratch, planning and implementing a business succession, like trying to turn a large ship, can be a very slow process. Although the business might not run in the desired manner for a long time, when done properly the odds of the ship immediately sinking are lower.

A slow and gradual succession makes it easier to maintain stability. In our case, over the course of five years, the old guard slowly divulged financial information and agreed to share control and the next generation slowly implemented change. By the time the formal changing of the guard took place, it was business as usual: no abrupt “there’s a new sheriff in town,” no immediate significant changes and none of the uncertainty that would have been sure to follow.

How to avoid generational clashes in succession planning
February 26, 2018 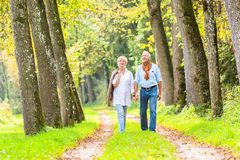 Preserve your farm's legacy with these succession planning tips
February 26, 2018 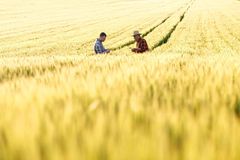 When it comes to succession planning, managing family dynamics is crucial
February 26, 2018