Guy Nicholson is the publisher of Catalogue 18 and a former editor at The Globe and Mail.

I left daily media a couple of years ago, planning to explore some business ideas while working as a freelance editor and writer. Among the early meetings and phone calls were casual conversations with a couple of landscape photographers who specialize in golf.

The very nature of their business had changed fundamentally, they explained. After the Internet disrupted print magazines and media, they recast themselves as digital marketers, selling online rights to images created with high-tech arrays of digital cameras, drones and processing software. But even while embracing technology to take their work to new artistic heights, there were dramatically fewer places left for golfers to come across this art in print.

It was one thing when the first photographer described it that way. After a second did, my interest was piqued. Had their little corner of publishing been so thoroughly disrupted and abandoned that it now had more demand than supply? I started making more phone calls.

Technological innovation can be extremely disruptive and painful – and in the digital era, capable of changing entire industries seemingly overnight. But when creative destruction puts good things in peril, slivers of opportunity can emerge. After the masses and the smart money have flocked to newer technologies, formerly ultra-competitive spaces can be left wide open for innovation – abandoned fields for small businesses, start-ups and niche players to occupy.

It helps to offer a level of quality or service the bigger players consider uneconomical. Look at the travel industry, which has been thoroughly remade under waves of innovation: cellphones, digital cameras, GPS, Google Maps. Between internet comparison shopping and Airbnb, travel agents could have gone the way of the traveller’s cheque. But in the wake of all that disruption, tiny bespoke agencies specializing in advice, unique experiences, complicated itineraries and group travel have re-emerged to offer services too niche for the big digital players.

Similar things are happening in industries such as gaming, where video games have cleared the way for board-game cafes, and vinyl music, which survived the onslaught of MP3s and streaming music on the strength of nostalgia, millennial fascination and sound quality. As the rest of the industry moved into digital, neighbourhood record stores and small manufacturers picked up the pieces, catering to an enthusiastic subset of music buyers.

“We were growing very rapidly, not because vinyl was growing, but because a lot of pressing plants were going out of business,” Ton Vermeulen, a Dutch DJ and artist manager who bought a former Sony record plant in 1998, told Toronto journalist David Sax in his 2016 book The Revenge of Analog. Vinyl is back in the mainstream, but its disruption cleared the field for smaller players.

Abandoned fields aren’t for everyone. Building a business around an off-trend service or product can be a tough slog for fledgling businesses and entrepreneurs, and risky. In the case of the golf photographers, two dozen artists signed up to create a high-end subscription magazine. It’s beautiful, but with two years of work riding on a four-week Kickstarter campaign, there’s no guarantee this particular field will prove to have been worth reclaiming.

Of course, risk has always been part of small business. But a market waiting to be served – that’s a precious thing. As long as there is disruption, it will create opportunities for small businesses to reoccupy abandoned fields.

How some entrepreneurs are cashing in on convenience of delivery apps
October 14, 2018 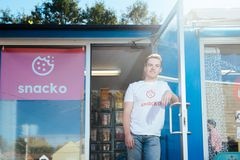 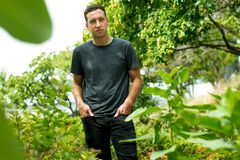 Feeling excluded from traditional incubators, entrepreneurs create their own
September 28, 2018 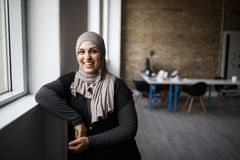