The entrepreneurs are from different parts of the country and different sectors of the economy, but they have one thing in common: Both are Loran Scholars. The merit-based award, valued at $100,000, offers tuition and living expenses for university as well as mentoring, networking and summer internships for recipients. And although its award winners can take any course of study they choose, it has a remarkable record of generating entrepreneurs.

Among the 506 recipients of the award in the past 30 years, about 14 per cent have launched a business of their own. This compares with the 6.8 per cent of Canadians who own and manage their own business, according to data from Global Entrepreneurship Monitor.

Meghan Moore, CEO of the Loran Scholars Foundation, says the organization has never set out to specifically select and nurture entrepreneurs. But it does look for qualities that are common to them, including leadership, perseverance and a tendency to think outside the box.

When Loran offered its first four awards back in 1990, most scholarships either went to “the smartest people in the class,” says Ms. Moore, or to students with financial needs. Loran steered away from that model. “We believe excellence is found across the socioeconomic spectrum,” says Ms. Moore. “And we look for well-roundedness and breadth of experience.”

The awards are funded by private donors, foundations and corporations, and the 25 universities that participate provide tuition waivers. The goal for Loran’s assessment team (all volunteers) is nothing less than to find promising students with potential to be forged into tomorrow’s leaders. (The Loran moniker comes from “long-range aid to navigation,” a system to determine one’s course for a long journey.) “We try to go beyond the high school transcripts to identify potential change-makers,” says Ms. Moore.

Dr. Everett, for example, had high marks. But she had also shown a lively curiosity and a can-do attitude. Her high school science fair project on breast cancer led to a research grant to carry on the work. And she launched and ran a jewellery-making business while still in high school, eventually supplying the film industry in Calgary with custom pieces.

Perhaps most importantly, the impetus for both initiatives came from her alone. Assessors look for “candidates who identify and find their own solutions to problems,” says Dr. Everett. “It’s important that there’s not a parent or mentor guiding them and telling them how to check boxes on a résumé or scholarship application.”

Mr. Uster still doesn’t know what made him stand out from the crowd, but in retrospect, he thinks it was his commitment to the United Way, where he rose from stacking boxes to becoming high school chair. In addition, he suffers from Crohn’s disease. Despite multiple surgeries and month-long hospital stays, he showed an obstinate determination not to let that affect his academic performance or his volunteerism.

For Ms. Moore, Loran’s selection process doesn’t entirely explain the prevalence of entrepreneurs among the ranks of its award recipients. She contends it’s about nurture, as well as nature.

Simply being singled out for a Loran award helps. “It’s a real motivator and a boost of confidence when someone identifies real potential in you at 17,” says Dr. Everett. But the Loran Award also comes with a kind of “wrap-around enrichment program,” says Ms. Moore. “We believe in investing in the scholars and providing them with multiple opportunities and multiple perspectives to broaden their horizons.”

Loran pairs scholars with mentors who’ve already built successful careers in government, business and the non-profit sector. And in the summer, the organization tries to provide internships and experiences that encourage students to avoid “the safe route and take some risks,” says James Appleyard, a venture capitalist who has served on Loran’s assessment team since 1994.

“If a student has an interest in medicine, we might ask them to do a summer in public policy and then maybe a summer with a small startup that’s doing some really cool work around medical data,” says Ms. Moore. “That can lead to a more unique and unconventional path than they may have considered.”

Mr. Uster’s mentor, venture capitalist Deepak Ramachandran (now his co-founder at FundThrough), hired him as a summer intern at a startup. Although it eventually failed, “that was my first exposure to the startup scene and where I got the bug that building something from scratch and releasing it into the world was really exciting and something I ultimately wanted to do,” says Mr. Uster. 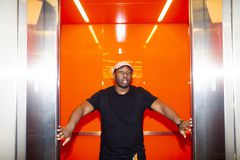 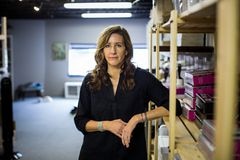 Do banks’ new small-business lending platforms deliver on their promise? We applied for loans to find out
May 25, 2019