The University of New Brunswick is offering a course to help students prepare for the psychological strain of running their own businesses.

Launched in January, Entrepreneurial Resilience is one of the first full-credit entrepreneurship courses in Canada to focus specifically on mental health.

Other universities offer wellness classes on a non-credit basis, but the UNB course is rare in that it counts toward a student’s required classroom hours.

“I’ve seen what happens when someone doesn’t have those pro-active skills,” said Rachel Clarke, the program co-ordinator for the Master of Technology Management and Entrepreneurship degree program and the driving force behind the new course. “I work in the startup community and there’s been a lot of talk about founder mental-health challenges.”

The difficulties to which Ms. Clarke is referring are striking and widespread. A joint research report from the Business Development Bank of Canada (BDC) and the Canadian Mental Health Association (CMHA), released in July, found that entrepreneurs experience substantially more mental-health problems than the general population, but are less likely to seek help.

The study, titled Going It Alone: The Mental Health and Well-being of Entrepreneurs in Canada, surveyed close to 500 founders of small and medium-sized businesses across Canada. Almost two-thirds of respondents said they felt depressed at least once a week and 21 per cent said they were dissatisfied with their mental health, which was more than double the national average of 8 per cent.

Their businesses were also suffering, with nearly half of respondents saying their mental-health problems were affecting their ability to function at work.

“When folks were asked, overall, about their mental health, they were like: ‘Yeah, I’m doing well. Things are fine,’ ” said Sara Rodrigues, CMHA Senior Research and Policy Analyst, who worked on the report. “And then, when we probed specifically at some mental-health experiences that might signal problems, we started to see concerning trends emerge.”

Michael DeVenney, founder of the Halifax-based Mindset Project, began researching entrepreneurial mental health after his own depression forced him to sell two businesses that he started. His findings mirror those of the BDC-CMHA report.

In 2017, he and his team surveyed 500 Canadian entrepreneurs and conducted in-depth personal interviews with nearly 100 of them. He found that entrepreneurs were far more likely than most Canadians to report poor mental health.

Mr. DeVenney’s research also highlighted a key trend that Entrepreneurial Resilience seeks to address: Stressed-out entrepreneurs tend to withdraw from their relationships and see a weakening of social ties.

But this withdrawal is the opposite of what he says that he and many of his peers need.

“The single biggest thing in the study that hurts is that we stop talking to people,” Mr. DeVenney said. “When things aren’t going well, we want to talk, but we don’t feel like there’s anyone we can talk to.”

Encouraging healthy community ties was also a key aspect of Ms. Clarke’s agenda when she set out to develop the course alongside Rice Fuller, who was then the head of counselling services at UNB, and Matthew MacLean, a mental-health strategist from the counselling department.

Together, they developed a self-directed version of Entrepreneurial Resilience in the fall of 2019 that saw two students study the topic. Subsequently, both of the students emphatically recommended that the university offer a full-scale course, and the version being taught this term features regular classroom time and structured assignments.

Ms. Clarke and Mr. MacLean teach the course together, and Ms. Clarke says that her own background in the business world and as an entrepreneur help inform her understanding of students’ needs. She is also the co-owner of a Simmons Mattress Gallery in Fredericton.

The students are encouraged to share their thoughts on the course material and discuss their progress during class. They are also offered practical instruction, such as advice on how to make new social connections – an area that Ms. Clarke says foreign students often especially struggle with, owing to cultural differences.

Mr. MacLean says he believes that there are only two other universities in Canada that offer similar for-credit courses: Toronto’s Ryerson University and Mount Saint Vincent University in Halifax. And in the case of Mount Saint Vincent, the course is intended only for students on academic probation.

Each week, students at UNB are given take-home assignments that require them to engage in activities meant to bolster their self-care skills.

For example, students may be asked to attend a social event as a way to practise cultivating the types of interpersonal ties that can prevent them from becoming isolated as they work on their businesses.

The course had reached its maximum capacity of 15 students within a week of being announced, and program chair Dhirendra Shukla says he expects it to continue to be popular in future years.

Mr. Shukla also says he hopes that it will spark a trend at other institutions, adding, “What would be amazing is if other universities and other organizations begin to take this seriously and start focusing on doing something similar for their own organizations.”

Mr. DeVenney likewise says he would like Entrepreneurial Resilience to mark the beginning of a sea change.

“I think it’s extremely healthy that they’re doing that,” he said, referring to UNB’s decision to offer the course. “And it would be a huge help if it wasn’t just isolated to a class."

Opinion
It’s time to turn talk into action when it comes to mental health
January 29, 2020 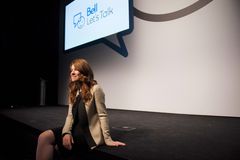 True psychological safety in the workplace depends on employees knowing what it is
January 28, 2020 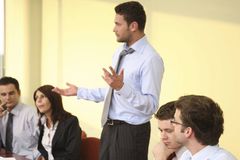 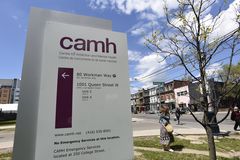