Two years ago, Jim Estill was stuck in traffic en route from Guelph, Ont., to Mississauga. As he idled behind a FedEx truck, he had an aha moment. “I looked at all these cars around me with vacant space and thought, ‘This is crazy!’” he recalled. “We could be reducing congestion and carbon emissions by putting parcels in those cars.”

The result is the serial entrepreneur’s latest venture, a regional shipping service called ShipperBee. The basic premise: If every driver on the road tapped into their unused vehicle space to carry a few parcels, businesses would have access to more cost-effective shipping, there would be fewer trucks on the road and carbon emissions could be slashed – by about 73 per cent a package, according to Mr. Estill’s calculations.

“This is my environmental legacy,” said Mr. Estill, who has developed a reputation for doing good while doing business. After the early success of selling his first startup, EMJ Data Systems, for $56-million in 2005, he served on the founding board of Research in Motion, became a venture capital investor and eventually bought Danby Appliances in Guelph in 2017.

He reinvented Danby by bringing a design and function focus to legacy products and introducing new ones such as Parcel Guard, a smart mailbox for deterring parcel theft on porches. The company’s annual revenue grew to around $400-million.

Meanwhile, he was spending upward of $1.5-million of his own cash to sponsor almost 300 Syrian refugees. Many became Danby employees, and Mr. Estill received the Order of Canada in 2018 for his work.

His newest venture seeks to provide small and medium-sized businesses such as retailers, printers and tech companies with an alternative to conventional couriers. For customers, it works the usual way – they simply call for a pickup. But the courier who responds could be an Uber or Lyft driver on the way to a pickup or an individual who is simply headed that way. And instead of taking packages to a sorting centre, they go to what Mr. Estill calls a “hive,” or transfer point.

Hives are “virtually indestructible” smart mailboxes equipped with cameras and security systems and located at gas stations. Another driver picks up the parcels there and drops them off while commuting to other cities or on the way to somewhere else – maybe work, yoga or the grocery store.

ShipperBee’s carbon-reduction calculations take into account the fact its drivers are already on the road. It also eliminates the hub-and-spoke system that, for example, sees packages from Guelph travel some 70 kilometres east to a sorting centre in Mississauga before turning back to Kitchener, some 30 kilometres west of Guelph.

Rates for the service come in about 10 per cent lower than those of conventional couriers such as UPS, Purolator and FedEx, according to Mr. Estill, largely because of lower infrastructure costs for sorting centres and professional drivers.

“In my experience, if you say you’re better for the environment and you cost more, you don’t get much scale,” he said. "People are happy to save the environment if they’re saving money.”

Launched last August as a pilot project in Guelph, Kitchener, Cambridge and Waterloo, ShipperBee has branched out to London and the Golden Horseshoe, which includes Toronto, Oshawa and Niagara Falls. The company even plans to launch in California this April.

It has 60 employees, most of them in its Guelph head office, and has signed up 50 drivers, with more on a wait list.

“We are moving slowly on the sales front to ensure we get all five-star ratings,” Mr. Estill said. “The earliest adopters are your best evangelists, so you have to be perfect with them.”

In its first four-plus months of operation, not one parcel was damaged or went missing – and Mr. Estill doesn’t think that’s an anomaly. “We do the same background check as FedEx and UPS,” he said. “We grade the drivers, and they have to send photo confirmation on delivery.” Drivers make about $25 an hour and $60 an hour for time spent going out of their way.

Mr. Estill acknowledges that glitches will inevitably occur, but he says ShipperBee will deal with them through a claims process, just like other courier services.

Ming Hu, a professor of operations management and analytics at the Rotman School of Management, says ShipperBee could well have a future. “There is an opportunity to use underutilized resources,” he said, pointing to a New York study that found Uber drivers are idle 40 per cent of the time. “And the hives can aggregate orders and improve deliver efficiency.”

But the company needs serious volume to build economies of scale and bring down the cost of the service, Prof. Hu added. And the cost, in turn, has an impact on demand. “It’s a chicken and egg problem of which side to grow first – the supply side (drivers, hives) or demand side (shippers),” he said. “ShipperBee may have to subsidize one or the other to get started, just as Uber penetrated the market via heavy subsidies to riders.”

And what about Uber, which seems capable of presenting stiff competition to ShipperBee?

The growth of online shopping, he said, has made “parcel shipping a huge growth market. And when you enter a growth market, you don’t actually have to take market share from somebody else.” 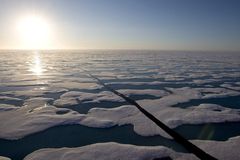