Past a living plant wall, inside the Saje Natural Wellness store at Calgary’s Chinook Centre mall, a salesperson cheerily greets visitors and offers an application of Peppermint Halo. She rolls a small glass applicator bottle containing the essential oil blend on the back of a curious customer’s neck.

Peppermint Halo is a signature product of Saje (pronounced “sage”), a growing company based in Vancouver that sells essential oils and other natural items, ranging from deodorants and moisturizers to a new line of home cleaning products. It’s part of a booming trend in wellness products, although skepticism remains from some in the scientific community.

This Saje store at Calgary’s largest shopping mall is one of many locations that opened during the company’s growth spurt; from 2012 to 2017, Saje grew to 68 stores from 12. Today, the company offers nearly 500 products, employs 1,500 and has 77 retail locations in North America.

Back in 1992, when Kate Ross LeBlanc and her husband Jean-Pierre LeBlanc first started selling essential oils, wellness was not the buzzword it is today.

“At the time we started, it was like aroma-what?” says Ms. Ross LeBlanc, Saje’s chief executive officer since 2014. Getting people, especially landlords leasing locations Saje wanted to be in, to understand the company was a challenge.

At that time, Mr. LeBlanc faced soft-tissue damage and pain that he had been unable to alleviate with traditional Western medicine and pharmaceuticals, Ms. Ross LeBlanc says. When he heard about essential oils at the conference, his “ears perked right up.”

The couple began studying essential oils, travelling to meet growers, importing oils and blending them. Mr. LeBlanc “started to use his chemistry background to blend remedial products that were incredibly effective for his wellness,” Ms. Ross LeBlanc says.

Meanwhile, she brought her longtime passion for retail, formed during a childhood spent at her mom’s main-street fabric store in the small town of Mount Forest, Ont. The duo opened their first store in North Vancouver’s Lonsdale Quay Market in 1992, under the brand name AromaJoy.

Freedom Un Limited later dissolved as a legal entity and the investors, including the LeBlancs, lost their investment. The LeBlancs say they have since compensated all original investors they were able to locate “as a matter of good faith.”

The stores, and Saje’s online store, feature essential-oil remedies marketed to relieve everything from pains and colds to indigestion, sleep and stress.

“Saje finds themselves positioned at the corner of two really important trends right now,” says retail expert Doug Stephens, founder of the consultancy Retail Prophet, who is himself a Saje fan (he says he regularly uses the company’s eucalyptus oil before he goes to sleep).

First, he points to demographics. Aging baby boomers want to live longer than their parents did, leading to an interest in wellness. At the same time, the younger Gen Y and Gen Z cohorts are also focused on living healthy, natural lifestyles. “You have two generations now that are highly aware of this whole idea of wellness, which Saje of course plays very well into,” Mr. Stephens says.

The second major trend he sees benefitting Saje is experiential retail. “The beauty of Saje products is that they are inherently experiential,” he says. “Walking into a Saje store is a really cool experience from a consumer standpoint, because it’s engaging your body and your senses.”

While Saje has become a major Canadian player in the rising global wellness industry – a market valued at a staggering $4.2-trillion, according to the Global Wellness Institute – skepticism remains in the scientific community.

“Even if you interpret the available evidence generously around essential oils, there’s no way you could justify the claims that currently exist for these products in the popular sphere,” says Timothy Caulfield, a professor at the University of Alberta and author of Is Gwyneth Paltrow Wrong About Everything? When Celebrity Culture and Science Clash.

Mr. Caulfield, who examines health, wellness and beauty trends in the Netflix show A User’s Guide to Cheating Death, says essential oils smell pleasant, there’s an intuitive appeal to their “concentrated flower power,” and personal anecdotes about their supposed effectiveness abound. But when it comes to the science backing their purported health benefits, “the available evidence that does exist is either tremendously thin, shows no effect, has methodological flaws,” Mr. Caulfield says.

Consumers are left further confused as wellness companies tout Natural Product Numbers, issued by Health Canada, on their labels, Mr. Caulfield says. Businesses such as Saje use that backing from Health Canada to support the efficacy of their essential oils, but Mr. Caulfield says the level of evidence Health Canada requires for licensed natural health products is “very low and very inconsistent.”

On its website, Health Canada states: “The type and amount of supporting evidence required depends on the proposed health claim of the product and its overall risks.”

Health Canada’s regulations for natural health products came into force in 2004, and Ms. Ross LeBlanc says Saje has done “pioneering work” with the department since the late 1990s.

In response to disputes on the benefits of Saje’s products, Ms. Ross LeBlanc points to the signature Peppermint Halo product, licensed by Health Canada for use in aromatherapy to help relieve headaches.

“Many people report positive effects following use of this product and repeatedly purchase it due to its reliable effects,” she wrote in an e-mail. “That being said, there is always a variation in response to any product; that’s why we encourage our community members to return or exchange a product that isn’t working for them.”

Saje also worked with the U.S. Food and Drug Administration to recognize its products, a process that involved changing the names of some items. Since opening its first U.S. location in Malibu, Calif., in 2016, Saje has grown to 19 stores south of the border.

“Finding our way into being able to enter the U.S. market with the product regulation, it wasn’t insurmountable, but it certainly was a challenge that we had to put resources to,” Ms. Ross LeBlanc says.

Now, in a busier market with massive essential oil vendors such as Young Living and doTERRA (both Utah-based companies that follow a multi-level marketing model), Saje relies on the same model it has since it started. “We’ve always really stood by the fact that our products speak for themselves,” Ms. Ross LeBlanc says. 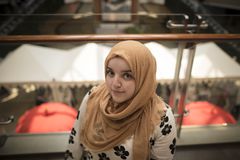 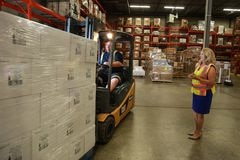